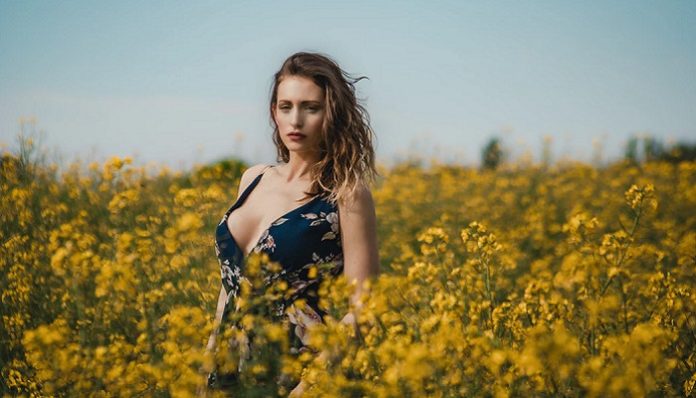 I was laying in my bed last night, pondering on all the times I have been told I am “too much.” I am the woman who sometimes wonders if she is too much to handle, too much to hold, too hard to love, too much to be with.

Men seem to be attracted to the idea of me. I am an attractive, independent, kind-hearted woman, but when they start to dig deeper, then all of the sudden I am just “too much.” It seems like I look good on paper but I am too much to actually be with in real life because it requires these men to do things that they aren’t ready to do: to grow, to work harder, and to think outside the box.

I have lost count of how many times I have been told these words.

You ARE too much.

You’re too opinionated, too blunt, too bold, too loud, too direct, too sexy, too bossy, too bitchy, too emotional, too moody, too funny, too crazy, too mean, too nice.

But you know what? I am proud of being a “too much woman” because I never half-ass anything. I am the one who loves too hard, feels too deeply, asks too often, thinks too much, wants too much, and desires too much. I am the woman that does too much or nothing at all. I am the type of woman that some consider too wild, too shy, too confident, too talkative, too strong, too aggressive, too sexual, too demure, too risky, too conservative, too much of everything.

Fuck the world and their opinion.

I embrace being too much because I’ve learned that when you expect less and demand less, you get less.

I am a “too much woman” because I don’t shrink to control people’s opinions of me. I wasn’t made to fit into a box that is too small for the magnificence that I hold inside. I am the too much woman that refuses to fit the mold, I break the mold.

Through these years, I realized that I was born to sparkle. To me, being a too much woman means being unapologetically, fiercely, and wholeheartedly you. I was born to live a life that is firmly entrenched in the beauty that lights me up and makes me feel alive.

I am too much, too intense, too strong-willed.

I am the woman who refuses to give up on herself. I am the woman who won’t quiet down her heart but wants to share herself with the world. I do not have to apologize for the full magnitude of the person that I am. I will not apologize for having needs and voicing them, even though I know I’ll be viewed as too bitchy or too outspoken. I am the woman that knows she can’t change the world right away, but she can create a space in it that will make her happy, and by staying true to myself I can make a difference in the world.

I am a too much woman for everything that I am;

For having too many dreams.

For having too many standards.

For being too passionate.

For loving too hard.

For being too strong.

For being too smart.

When I walk into a room my presence is felt. I take up so much space, my steps are strong and steady, I take as much space as I need. I know I am worthy of the room.

I embrace the woman I am.

I am the too much woman who doesn’t hold herself back. I am the woman who has learned how to love herself. Being a woman means loving yourself when the rest of society says you’re too big, too muscular, too short, too dark, too much. I am the woman who chooses herself. I love all my too-muchness, and I know one day, I will find the love I crave for.

I realized it was time to learn to love every aspect of my true nature, but also to gain the power and confidence that come from connecting to my truest truth.

I’ve been called a stuck up and been told I will end up alone because I have too many standards and my standards are too high, but the truth is, I just know what I want and will not settle for anything less. I guess I am being too much by simply demanding exactly what I want out of life.

We as women were not cut out to be less.

We as women are supposed to be too emotional, too crazy, too passionate, to love too much and to feel too deeply.

I am a too much woman, I stand powerfully in the truth of who I am.

What Having A Dog Has Taught Me About Love