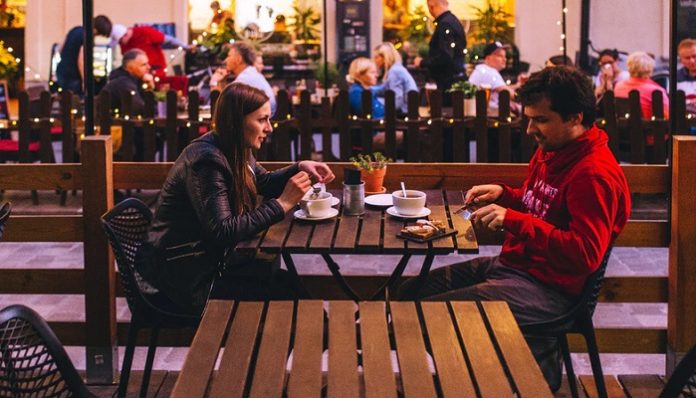 It can take only one word to ruin a perfectly good date — as these 8 ladies had to learn the hard way. Their dealbreakers run the gamut, from obnoxious abbreviations to demeaning references. There are so many things that are going on during a first date.

You are nervous, anxious, and you have all your expectations so high. Then, they ruin it with one word. Your date shows up and he may set off every single one of your red flags and violate all your dealbreakers in one go. But that doesn’t mean you should be any less picky about who you decide to fall in love with.

You just have to keep looking. If they aren’t the one, then they just aren’t. Don’t lose your courage to keep dating so you can find your soulmate.

8 Words That Can Destroy The First Date

Read on to find out which phrases cause women to call it quits before the first date is even over!

“I have to say that the biggest turn-off is when a guy uses half words like ‘sup.’ Abbreviation used to the excess is getting out of control.” — Lena

“The one that is the killer for me is ‘dude.’ Especially when a guy is speaking to me, referring to me as ‘Duuude.’

Ninety percent of the time, they’re not even aware that they’re using it. It makes me think they’re stoned and/or stupid.” — Patti

“I cannot stand slurs of any kind. I dumped a guy who called gay men the F-word. He also made a lot of horrible remarks about the gay community.

The next day, I dropped him. I couldn’t be around someone so narrow-minded.” — Jo

“Referring to me as ‘broad’ is rude and demeaning. It takes your identity out of the picture, and makes you into just another female.

That’s like me just referring to a guy as ‘penis.’ As in, oh, just another penis walking around, no different from any other.” — Brianna

A post shared by Coach for single women 💕 (@thelovetheory.co)

“I don’t understand how a phrase that is used by dads with more than one son has turned into a cool thing for guys to call their friends.

When you tell me you’re chilling with your boys, I picture you handing out juice boxes to little kids or something. Also, I don’t date boys, so…” — Janelle

“It’s just rude, and it reminds me of the guys on ‘Jersey Shore.” — Krystal

“No, I’m sorry, your sports team did not ‘rape’ the other sports team that they played against last night. Your team beat them very badly.

I promise that if being raped was something you walked around fearing, like us women, you’d be more careful about using that term.” — Cara

Calling the girl you brought home last night a ‘slam pig’ doesn’t make your choice to have sex with an ugly girl any cooler. It just shows that you don’t have enough self-esteem to try for someone better looking.” — Cassie

At the end of the day, the first day is all about impressions. So using any of these 8 words can almost guarantee that you won’t get a second one, fellas! Let’s stay clear of these terms when dating altogether.