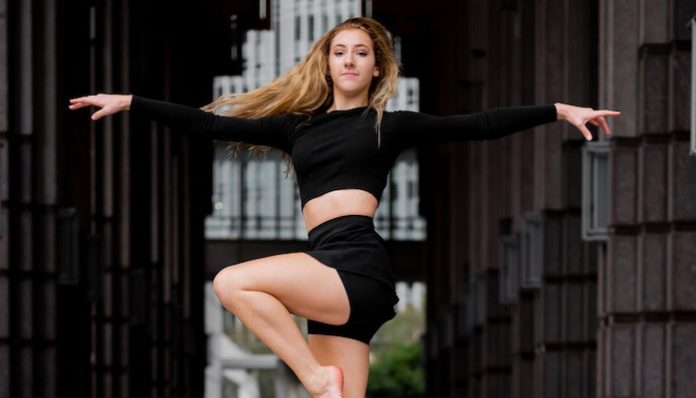 Dancers have been a vital aspect of bachelor parties seemingly since that very first couple decided to take a stroll down the aisle, but it’s those regular customers who we tend to forget about that have these women confessing some of the most cringe-worthy aspects of going into this line of work. It’s the customers who stop by the club for a drink after work daily, the ones who have their favorite dancers and memorize their performance schedules, and especially those who like to pay a bit extra for that infamous back where they take things a bit too far, who are annoying these dancers far worse than the typical frat boy who comes in dropping singles at their feet.

Whether these men are being creepy or just plain gross, their actions have inspired these dancers to reveal some of the craziest people they’ve come across during their careers as strippers, and it certainly isn’t pretty. They’re calling out men for their annoying habits, fetishes, inappropriate comments, and even some not-so-normal requests. After reading their confessions, you’ll definitely agree that dancers must have some seriously thick skin if these are some of the things they have to deal with on the job.

He Ran Her Car’s License Plates

“Ex-stripper here, the customers I hated were the ones that got obsessive. I had a guy who would drive by my house (he ran my tag numbers, I have no idea how). This man, who was about 70 would tell me what cars I had at my house, when I mowed my grass ect. I had to repeatedly tell him to leave me alone. After about 5 years he finally did. There were a few others as well, not that bad but they would show up with flowers, and presents.”

Men who are considered regulars at strip clubs will often feel that the women they hire to dance for them are their friends, and over time might even begin to think they’re involved in some kind of romantic relationship with them. These obsessive type of customers are not only annoying to dancers, but can make them feel threatened. While a 70 year old with a crush on a young stripper might sound kind of adorable, a five year obsession is certainly not. Likely his crush didn’t end so much as the guy probably died.

He Asked To Sniff Her Butt

“There was this guy who liked to smell butts. We go to a private room and he goes, ‘I got this freaky fetish. I’ll give you a lot of money for it.’ I was like, ‘What is it?’ And he was like, ‘I like to smell butts.’ At first I was kind of creeped out, but… what happens in the champagne room stays there. He just wanted [me] to bend over and catch a whiff. One whiff and that was enough.”

It’s likely that most dancers have heard some pretty wild stories and fetishes throughout their careers, but this one has to top them all. Not only is it pretty gross, but it’s also hilariously strange and not all that uncommon. The fact that a strip club where women are hired to dance is viewed as a place for men to reveal their fetishes and try to find a woman they can pay to fulfill them is kind of odd. It’s almost like going to an Italian restaurant and offering the waitress more cash if she’ll bring you a grande caramel macchiato from Starbucks.

He Looked For Lint In Between Her Toes

“So I had a regular customer that instead of getting lap dances would just look for lint between my toes. That’s it. Nothing really sexual (except for his fetish), just would look very carefully for lint in between my toes. If a song was over, and he wasn’t done looking, he’d pay for more dances. He was in the club once a week or so, and he was my regular because he really weirded out some of the other girls, but I got to know him and he was a really nice guy, and he tipped very well.

One day, I put some lint in between my toes for him to find … He tipped me $100 (which I think was just giving me all the money he had left and had planned to spend that night) and left.”

While this guy’s request seems to be more strange than annoying, the other dancers clearly felt differently. You always risk being that guy when you step into a strip club asking for something like this. As weird as it is though, this regular was likely a break from her other more annoying customers as his fetish wasn’t sexual in the least bit and it allowed her to rest her feet for a while. Sounds like a win win!

He Wouldn’t Stop Talking About His Fetish

“A dentist came in and sat in the VIP area. I was a relatively new dancer, so I didn’t know he was a notoriously weird and rarely seen big spender. I figured he was in VIP so I should go say hey… Walk over, and long story short he starts handing me money, feeding me steak, and talking to me about buttholes. He said the word ‘butthole’ so many times that I would cringe for months afterwards … He was the first person who mentioned backpage to me and prostitution, as well as how he hired one to [defecate] on his chest. I literally didn’t get naked at all, just sat there and ate some steak and listened … I made a lot of money that night so I think it was worth it – It’s a funny story to tell my friends, but I am happier behind the bar!”

It seems that even when the clothes don’t come off, men can still get on a dancer’s nerves and creep her out. While a lot of men are looking for women to spill their fetishes to, as it’s almost a fetish in itself, when you’re at a strip club maybe keep that kind of stuff for yourself. Those conversations are best saved for your close and hopefully non-judgemental friends.

He Tasted Her Blood

“I used to bartend at a club in college. One of the dancers, who was fairly new, was trying a new move on the pole where she hooked her leg around it and stretched her body out so she was parallel to the floor. Well, she fell on her face. There was a lot of blood. As the bouncer and I were helping her off the stage, one of the customers dipped his finger in it and tasted it…”

Maybe he thought it was a spilled strawberry daiquiri or maybe he’s actually a vampire, but there isn’t an explanation in the existence that makes sampling a stranger’s blood okay. Aside from the ick factor, there’s something about this that doesn’t quite seem healthy. If this night didn’t encourage this dancer to give up on the profession once and for all, then she deserves some serious props.

Being a stripper definitely has some crazy stories, and I don’t think anyone would enjoy having to deal with any of these! This job just proves to show that there are definitely some weirdos out in the world, but at least they make for an entertaining story.