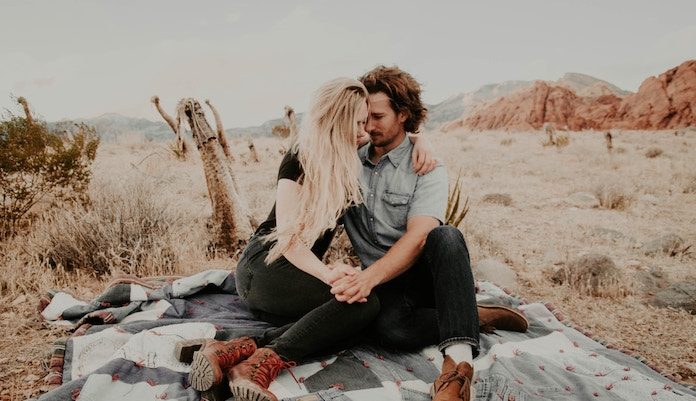 I know that when I think of you, when I look back on every important moment in my life, you’ve always been a part of it. Even if you aren’t there all the way, I can still picture you. I want you to know that I see you in my future too. Maybe not growing old, but growing. And changing. Becoming the best version of myself. There’s never been anyone but you.

It sounds weird to say it after all this time. Because we have more than a past. At this point, we have a history. One that has been talked about a thousand times over but everyone we both know. One that we have circled around time and time again. Because that’s the thing with you, with us, is that there doesn’t seem to be an end in sight. I don’t know how this is going to play out. I don’t know where it stops, but I can remember exactly how it started.

But that’s the thing. I can’t keep stopping and starting with you. Not after everything that we’ve both been through, not after every sleepless night, every half smile, every missed phone call. I’m so used to saying goodbye to you that I don’t know if I would know how to stay.

If it’s anything you’ve taught me, it’s that staying is sometimes not enough. Wanting and needing are two different things. And sometimes, as much as we want to hold onto to someone, we have to release them. Let them float off into the distant so that maybe, they turn into a memory.

That’s not how I want this to all go down. I don’t want it to end. I don’t think I could bear it. I think my heart would break for all the things that we never got to do or say. I’m only asking you, where do we go from here? It’s up to you now. I’ve said all I can say. I have begged and pleaded with you to either love me or let me go. I think that you want to be good enough, that you don’t want to let me down. But all of this, this wondering and waiting, it’s letting me down even more.

I know that you’re always going to be on my side. But I want you by my side too. I’m not saying it’s all going to be easy. It’s going to really hard. We’re going to have to figure a lot of things out.

We’ve both tried to move on. Go down other roads but we always end up right back here, looking to one another for comfort or answers or both. I want you to understand that I can’t wait much longer without knowing for sure where you stand. I can take a lot and can withstand pretty much anything you throw my way. But having to do this, whatever this is, the back and forth is making me dizzy.

So, I’m asking you for one thing. Let me be there. Let’s do this for real this time. I don’t have all the answers and I don’t expect everything to be perfect. But I do know that I’m with you. And if you’re with me, I think that this could be something amazing. I’m tired of putting everything on hold just to have it all play back in my head. Just to be missing you all over again.

It’s up to you. I just want you to know that if you’re game, than I am too.

Photo by NeONBRAND on Unsplash

How To Successfully Survive The Online Dating World

What I Wish I Could Tell The Man Who Broke My...