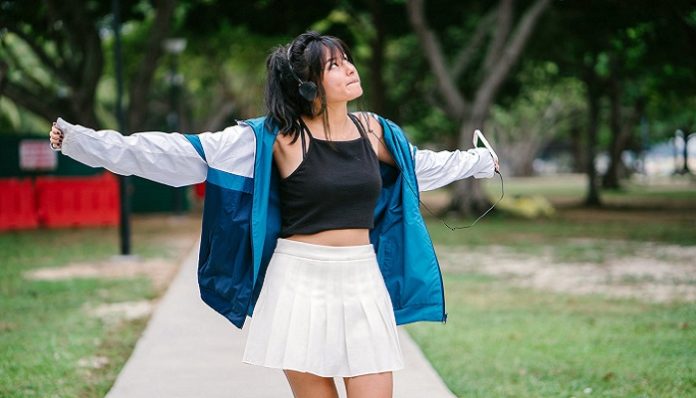 Ah, the good old tween years. Where braces, cheap makeup, and MySpace (RIP) ruled our lives. Not only do we have the massive amounts of photos to prove that we were there, we have the memories that will last us a lifetime. But as time goes on and generations try to grow up faster, the tween stage has started to fade more and more. Gone are the days of burning mix tapes and wearing too much eyeliner, and it’s a damn shame.

Kids now live in a world where they’re given a cell phone before they hit double digits and master the selfie before they can even recite their ABCs. Instead of playing with Barbie Dolls, girls begin to play with straighteners and makeup – something our generation didn’t do until early high school. I can even honestly say that I’ve taken makeup advice from a middle-schooler. In what world is that even possible?

These kids ditch the playgrounds for the mall and are more obsessed with making their Instagrams look good than making friends. I can barely tell anyone’s age anymore because of how sophisticated these girls dress and the pounds of perfectly put-on makeup all over their faces. A little dramatic, but it’s totally true.

Now it might seem that I’m a little bit jealous of all the hip and happening youngsters, but I’m really not. I got from the age of 11 to 15 years old to experiment with the person that I wanted to be someday. I wore ridiculous clothing, took MySpace pictures, tried a million hairstyles, and got to slowly realize that that’s not who I wanted to be. The kids of this generation won’t know until it’s too late.

If you never get time to be alone, free from social media and all the conflicting ideas that come with it, then you never get time to find yourself. I knew who I was because I got to try out all the things that I wasn’t. But this generation is too busy trying not to act embarrassing that they never explore more than one side of themselves. We’ve always experienced being obsessed with technology, but can you imagine being that way since you were a child?

There are so many types of people in the world. And it’s okay to be each and every one of them. Growing up too fast gets rid of the exploration and turns kids in cookie-cutters of what society thinks they should be. That’s so incredibly dangerous in the world that we live in today. The tween stage is where we learned that anything is possible and everybody is beautiful. If that’s gone, then so is that way of thinking.

Honestly, I don’t even know if there’s anyone to blame for this, or if anyone should even be blamed at all. Times are constantly changing, but it’s up to us to preserve as much as the past as possible. We need to show kids that it’s okay to be silly, use imagination, and put down the phone for a few hours. If we can show kids why it’s important to be themselves for as long as possible, there will be a lot more happy people in the world. We might even be able to bring the tween back to life.

Featured image via mentatdgt on Pexels