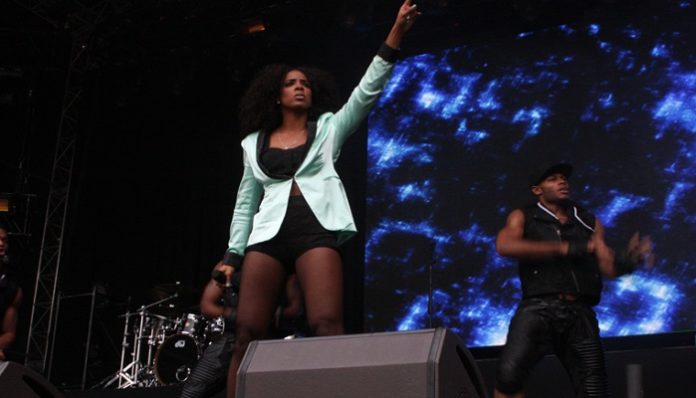 What do all these people have in common aside from an incredible amount of talent? They all went solo and left their unsuccessful bandmates in the dust.

In 2018, it’s pretty apparent that Beyonce has been elevated to goddess status and rightfully so. She headlined Coachella (does anyone know what else happened at Coachella 2018), she’s about to go on tour with her cheating husband, and she’s continuing to be the talk of the town.

You’re probably thinking, oh great, this is another piece about the excellence of Beyonce, but it’s not.

I’m actually here to talk about Kelly Rowland, the underrated, often forgotten musically gifted diva of one of the biggest female groups of our time, Destiny’s Child.

Kelly Rowland was an ORIGINAL member of Destiny’s Child and the prequel Girls Tyme that competed on Star Search. She’s an OG. She’s been Beyonce’s ride or die since day one (sorry Michelle). Kelly Rowland is to Jan Brady as Beyonce is to Marsha Brady.

Over the years, Kelly Rowland has released some incredible songs and has been featured on some remarkable tracks that have been overshadowed by Beyonce. I’m going to count down my top 7 favorite tracks she’s released.

This slow, melodic, sensual entry into the music catalog of Kelly Rowland definitely melts some ice. I would definitely classify this as baby making music. Ms. Rowland was able to land Lil Wayne, still in my opinion one of the best rappers in the game, and have him lay down a fire verse. (Fun fact, there is a video out there on Youtube of me and my brothers dancing to this song for a sorority philanthropy event during my undergraduate years.)

Kelly returned to the music scene in 2007 with her second solo album and it’s first single “Like This”. She returned with a vengeance, bringing along rapper Eve (whose own career was transitioning at the time) for this club banger. While it was certainly more of a female driven anthem, the infectious beat and the studio production made it memorable and one of her better releases.

Kelly Rowland definitely likes to be suggestive in her music. As we entered into the 2010s, we saw a lot of female R&B artists teaming up with rappers to produce songs that could be potential earworms, and crossover to multiple markets. Big Sean is another example of Kelly Rowland teaming with male artists to take a track and elevate it. Big Sean is forever changing his style and flow and he does exactly that on this hot track.

Motivation, the first single off of Kelly Rowland’s album Here I Am, released in 2011, was her first collaboration with Lil Wayne. The slow jam and sexually suggestive track definitely was something we were all grinding to in the club when it came on. Lil Wayne’s way with words, as well as Kelly’s melodic voice combine to make a track certifiably motivating.

Kelly Rowland found a way to carve out a niche for herself as a featured solo artist. Her first big mainstream break on Top 40 radio came from David Guetta’s track. I remember the summer that it came out. It was between high school and my freshman year of college and it was played on every radio, every club and you could not escape the beat or the hook. While the song is simplistic in it’s lyrics, it also describes the energy the track is giving. Replace the word “love” with “beat” and that’s what 2009 felt like.

There seems to be a pattern with Kelly Rowland. If she likes to work with you once and it’s successful, she’ll go back for seconds. This time, Kelly requested the help of world famous DJ David Guetta for this follow up to the 2009 hit “When Love Takes Over.” With “Commander” she’s letting listeners know she’s in charge. The electronic vibe mixed with Kelly’s passion for R&B blend so incredibly well together to create a track that makes you want to dance, as Kelly demands in the song.

If you can’t tell me where you were in the summer of 2002, then you’re both too young for me, and you have been living under a rock. Dilema served as Kelly Rowland’s first outing as a solo artist. While we’ve all laughed at the meme of Kelly Rowland trying to talk to her boo in an excel spreadsheet, the song is highly memorable. She’s singing to her boo that she needs them and the love is for sure. It’s a certified classic and helped set Kelly Rowland on her own path to stardom.

All in all, you’ll notice that most of Kelly’s music is heavily influenced by R&B and shows off her vocal range. It’s about time that Kelly’s accomplishments are acknowledged. Were there other songs that I could have included? Sure, but this is my opinion so don’t @ me (or do).