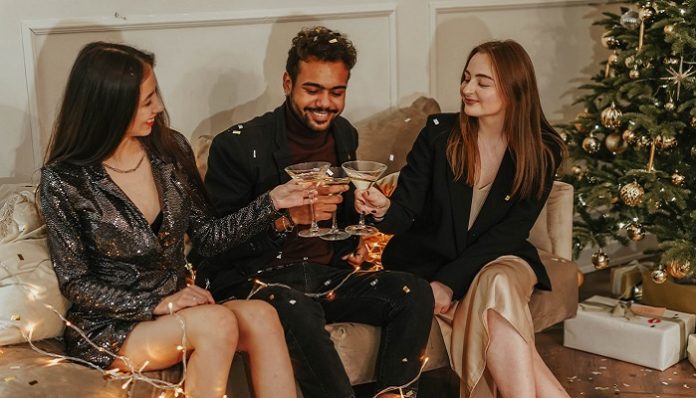 Generally, I’m a fairly easy-going person. My life has taught me it’s best to expect less of the people I love than to set my ideals so high that they cannot be met. I know that kind of thinking is perhaps a degree or two off the mark from the uber-positive thinking of say, someone like Deepak Chopra, whose mantra is “expect the highest.” But I’ve found that “expecting the highest” doesn’t always pan out. My realism is the by-product of trial and error which is called “life.” And part of the trial that led me to the eventual error came from my tendency to romanticize my friendships, particularly the esteemed position of what we call “the best friend.”

I’ve never needed anything more in this life than a best friend. And while I’ve always been fortunate enough to have many great friends, the slot that holds the best friend is like a golden chair that only “she” can sit in.

An odd thing happens with this best friend of mine; we go through years of not speaking to each other. While the love is always there, we also get into massive fights where all we can feel for each other is this blinding, scalding hate. Yes, hate.

And yet, it’s really not a love-hate relationship; we simply piss each other off to the point where we separate viciously. And then, we return to each other.

Now, during the interim when we aren’t in each other’s lives, I immediately try to replace her. (That’s my thing, not hers). But because I’ve got this fairytale adoration for the “best-friend ideal,” I search high and low for traits that resemble my best friend in others. And when I don’t find those traits, I project my preferred attributes onto other people.

I’ve never really wanted my friendships to be anything other than these divine supernatural events that focus around two magical beings that hold the world in their hands, alone. We must always be something right out of some dark fairytale. (I do realize that having a divinely supernatural relationship with a friend sounds a bit idealistic. And, as mentioned, with idealism comes high expectation, and as we’ve all learned, high expectation most always leads to bitter disappointment.)

So, because I’m a goth kind of girl, I’m always looking for that perfect goth kind of girlfriend to replace Morticia. And when they don’t prove to be clones of her, I become disgruntled and then I pine for my Morticia because nobody can replace her.

But it’s not fair to walk into a new friendship holding up a checklist of attributes that are all based on someone else’s behavior.

What I’ve come to learn is that my expectations are blinding me from seeing what all these people really have to offer: I have to start thinking of my friends as human beings with lives and concerns that don’t always revolve around the romance of friendship.

My idealism has hurt me in the past, and letting go of it has finally allowed me to breathe again. I no longer make my friends swear blood oaths stating that we’re in divine contract for a walk into the ethereal sunset together. I can’t expect to be number one in anyone’s life.

In fact, I’ve spent my entire life hoping that someone would make me their number one.

What I’ve come to know is that I’m fortunate to have more than one great friend and that it’s much easier on all of us if I participate in the present and realistic friendship that exists, and fantasize less about what we all could be, if only.

Morticia, my best friend, is back in my life again, but I’ve released her from the chains of my expectation. She no longer has to jump through hoops or live up to my “what makes a best friend” list. And this also gives me the freedom to add other friends to my upper echelon of besties, which is really nice because each one of my pals is unique and extraordinary in their own lovely way.

I’m now living the friendship version of polyamory: I have multiple besties and they all make up the one big best friend of my dreams.

Why I Finally Stopped Seeking Your Approval