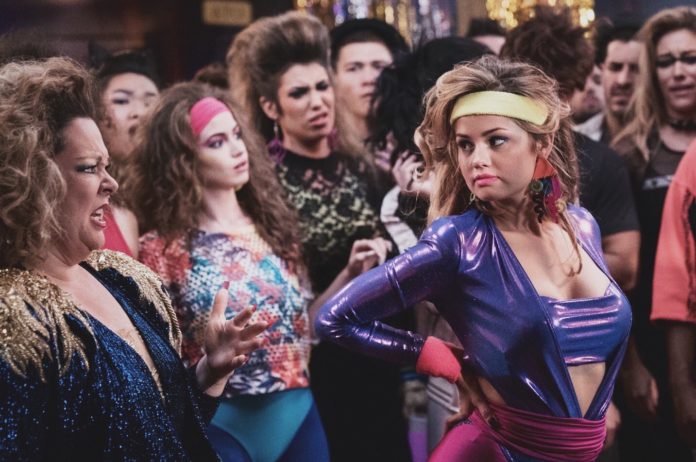 It’s that time of year again. The weather becomes increasingly hotter (unless you live in Florida and you’re in a constant state of perspiration) and that means you are looking to stay in the cool AC as long as possible.

What’s the best activity to stay cool for as long as possible?

Go to the movies!

I love the movies, and summer movie season is ALWAYS my favorite time of year. We get a wide mix of summer blockbusters (Avengers: Infinity War) and a slew of dramas and comedies that are bound to make you feel some kind of way. The movies are an escape from the reality that we’re living in (insert Donald Trump joke here).

I’m going to break down some of the movies coming out this summer and let you know which ones are MUST SEE, SKIP, or WAIT FOR REDBOX.

Based on the trailer for Overboard, the reboot of the 1987 film starring Goldie Hawn and Kurt Russell, I’m inclined to say this is not a movie that I’m going to spend (more of) my money on. While I do appreciate that Anna Faris is lending her comedic acting chops to this film, my gut tells me that the funniest parts of the movie will be what we see in the trailer, while the movie makes attempts at trying to recreate the originality of the 1987 flick.

One of America’s favorite funny women, Melissa McCarthy, stars in this disaster of a film. Any movie that has a concept of their parent going back to college due to a mid-life crisis does not scream must see to me. While I appreciate that Melissa McCarthy is continuing to take on these ridiculous roles, often times her willingness to be the butt of the jokes and the physicality of the stunts becomes more present than the role itself. Save your money folks!

It should come as no shock that I would recommend EVERYONE go see this movie. Ryan Reynolds returns in the sequel to the 2016 film even raunchier and more meta than before. I have to say that this is not your traditional superhero by any means (it has a HARD R rating) and is more of a kick-ass comedy than anything else. Vulgarity, pop culture references, and Ryan Reynolds charming personality make this one a must-see.

In the latest entry into the storied Star Wars universe, director Ron Howard takes the helm directing the origin story of America’s favorite space cowboy, Han Solo. While many may have been skeptical or hesitant by the casting of a relative unknown in the titular role, this movie will NOT disappoint. The beginning of Han’s story, and in my opinion the greatest bromance between human and wookie, also includes Donald Glover as Lando Calrissian. Enough said, take my money!

While I grew up on episodes of the iconic show Jackass, I find that the humor has more than dried up almost a decade later. Johnny Knoxville returns as a theme park owner trying to make his theme park more outrageous to compete with another theme park, and let’s say that the hijinks and cringe-inducing stunts make you question whether the cast members were properly insured. I definitely think this is a film you can skip and wait for MTV to play in a few years.

Shailene Woodley will forever be Amy Jurgens from Secret Life of the American Teenager, but she has been putting in powerhouse performance after performance. In this “Based on a True Story” film, Woodley stars with Sam Claflin (of Hunger Games) about a couple who set sail across the ocean and encounter an epic storm that wrecks their ship and forces them to survive. While it did remind me a bit of A Perfect Storm, I will watch anything with Woodley in it. She’s an incredibly talented actress and this movie has the right amount of drama and suspense mixed in with a romantic angle to get my butt into a seat.

Disney & Pixar love making fans wait for sequels to iconic films we loved as kids. It has been 14 years since the original Incredibles graced our screens, and now the family is back. In a very appropriately timed plot point, Helen Parr, aka Elastigirl, is taking names and kicking ass while Bob, aka. Mr. Incredible, is at home with the kids. The trailers for this movie show us that same sarcastic Violet we’ve all been craving and the wacky dynamic of the family.

I’m not crying, you’re crying. I can’t wait for this film.

When I first heard the concept for this movie I couldn’t believe how desperate Hollywood had become. Yes, the trailer made the movie look way more entertaining than the concept, but I don’t know if I want to pay to see Jeremy Renner play a watered down Jason Bourne/Hawkeye who is extremely good at tag. This is something I’m interested in seeing, but it can wait for Redbox.

In this sequel to the 2015 film Jurassic World, Chris Pratt returns with Bryce Dallas Howard in an action-packed and explosive film. There have been a few trailers released for the movie and it seems that some form of governmental agency has decided to turn the dinosaurs into killing machines up for auction and our favorite dinosaur Blue has been messed with. There are plenty of hijinks that ensue, but I’m thrilled that we get visit Jurassic World once more.

Honestly, I first saw the trailer for this during Avengers: Infinity War and I thought it was a joke, then I thought it was another Barbershop sequel and then I realized it was actually a film. Essentially Kyrie Irving and a bunch of other NBA stars dress up as senior citizens and enter a street basketball tournament in similar vein to Dodgeball but less fascinating. The only redeeming thing about this movie is Tiffany Haddish.

In this sequel that is more of a prequel, audiences finally find out how The Purge came into existence. These movies are entertaining, but I would rather watch it from the comfort of my own home in case it’s actually scary.

In the follow up to Ant-Man, Paul Rudd returns as Ant-Man in his raucous and self-deprecating humor, except this time he has the wildly talented Evangeline Lilly as his partner in crime, The Wasp. The Ant-Man franchise is a great deviation from the prototypical superhero genre and is a must see.

In this witty and satirical film, the main character, played by LaKeith Stanfield, is propelled to success because of his uncanny ability to achieve “the white voice” used in telemarketing. The trailer had me in stitches, but also serves as a good piece of commentary on race and the idea of success in today’s society.

Listen, as a child of the 90s, I’m one of The Rock’s biggest fans. However, that doesn’t mean that every film he does is a great (San Andreas anyone?). His latest starring film is a crazy action-adventure film that has him performing crazy stunts to save his family. Not super original. I’ll wait till it comes to Redbox so I can scroll on my phone during the movie.

In a film eerily reminiscent of the cult classic Alpha Dogs, this film, starring America’s new favorite obsession Timothee Chalamet (what a pretentious name by the way) focuses on his character moving to Cape Cod and engages in the weed business. The trailer for this film is riveting and the cinematography infectious. Add this to your must-sees for the summer.

Make sure to pack a box of Kleenex with you because this movie will have you in tears for certain. If you love the iconic Winnie the Pooh, this film is for you. Ewan McGregor as an adult Christopher Robin revisiting his old friends will be heartwarming and provide you with all the feels.

Mila Kunis and Kate McKinnon star in this hysterical buddy-cop style film doing outrageous stunts and the chemistry between them makes me want so much more.

Based on the novel of the same name, this lavish, over the top film giving me serious Gatsby vibes, is a modern love story with an entirely Asian cast that promises to deliver on all fronts.

Featured image via life of the party

If You’re Not Willing To Fight For Your Relationship, You Don’t...