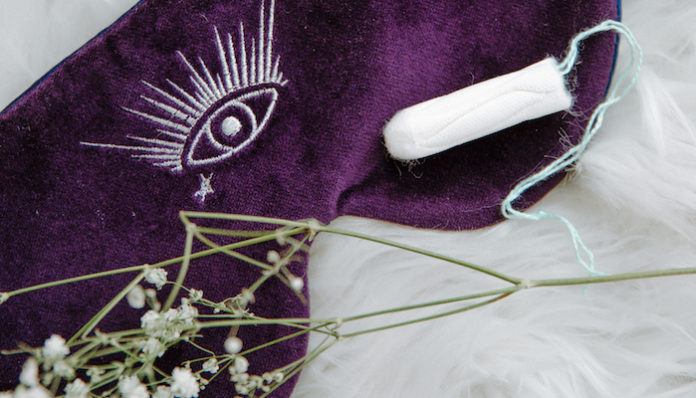 During the last few weeks of summer, many are gearing up to go back to school. At the same time, many states across the US allow for a sales tax holiday. It’s typically held over a weekend leading up to all the schools starting.

Lawmakers in Tennessee, however, have a very specific concern regarding this year’s hosting of the state’s sales tax holiday. Republican lawmakers in the state are giving pushback on a proposed inclusion to the event. Many items are exempt from sales tax during the three day summer weekend, such as clothing or school supplies. This year, however, Senator Sara Kyle proposed SB1724 — a bill which would include feminine hygiene products from sales tax as well. An issue known as “period poverty” — or the inability to access or afford menstruation products for low-income women — has come to light in the past few years. Employees and students may lose time at work or school due to product limitations. Not to be blunt, but how can we expect a poor student to focus on learning if she’s worried about blood seeping through her clothing?

Kyle pleaded in a hearing for the bill: “I come to you today with a very small plea: that we take the tax off these products for just one weekend… I am urging a very small amount of dollars, but it sends a large signal that our state is taking a very important step of recognizing these products as a necessity and are an essential part of women’s health.”

Not to the other Republicans on the committee for the sales tax weekend. All of whom are men, by the way. Because, of course, they are. Their reasoning? And you may need to stifle your laughter over the ridiculousness of it all.

They claim that women could potentially purchase feminine hygiene products in bulk. They say it could cause the state to lose up to $133,000 in tax revenue during the sales tax holiday weekend.

An obviously concerned Senator Joe Hensley asked, “Senator Kyle, do you have a way to replace the funds?” and “Since it’s a sales tax holiday, I don’t see how you would be able to put a limit on the number of items somebody can purchase.”

Basically? Run for the hills! The women are going to buy too many tampons! Hide the panty liners! Use sanitary napkins as shields, gentlemen, as women will become hysterical over period cups. Surely, this shall leave Tennessee in ruins.

A recent study suggests that one in five teens either struggles to afford period products or can’t even purchase them at all. The same study advises that one in four teenagers has missed class due to a lack of access to feminine hygiene products. Essentially, kids are missing classes because they can’t afford a tampon. This is actually happening. And old men on an arbitrary Tennessee committee think it’s a plot to take down the patriarchy.

There’s no such concern for clothing or school supplies. The 7% tax revenue lost on a $1,500 laptop is of less concern to them than a poor person buying panty liners. Moreover, governmental agencies have often expressed fear or confusion at the uterus shedding it’s lining once a month, such as when NASA (yes, that NASA that landed on the moon) asked female astronaut Sally Ride if 100 tampons were enough for a week in space. Hint: Ride told them, “That would not be the right number.”

There are items individuals need in order to be successful. No one bats an eye if a waitress needs a pen for her shift or if a student needs a calculator. However, men seem to be uncomfortable talking about the crimson wave in the room. No one should miss school or work because they’re bleeding and don’t have products they need to handle it.

The only other woman on the committee, Senator Brenda Gilmore offered up this wisdom: “This is an uncomfortable conversation to have, but there are some young girls who even use rags and cloths because they can’t afford feminine products. We should not have our young girls be subjected to this humiliation.”If the bill was passed and signed into law, the earliest it would be effective would be July 1, 2020. Until then ladies, we’ll need to think of a new way to take over the world.