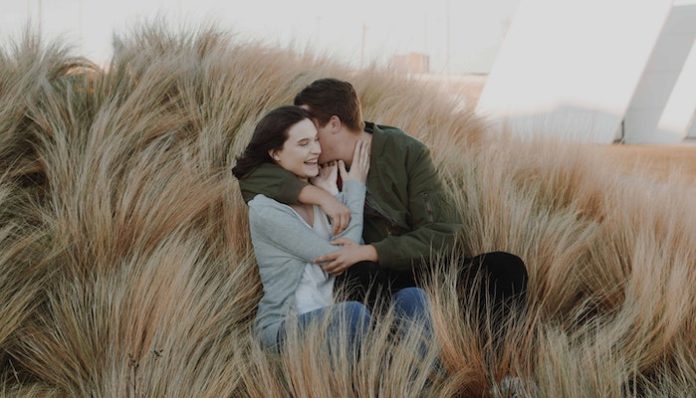 Within the four years of every girl’s college life, there comes a time when we are no longer considered the “new girls” on campus. Now with this, there are certainly some good and bad aspects to the situation. Think about it from your typical college guy’s perspective. What boy wouldn’t want a fresh-faced group of girls to party with or possibly settle down with? So yes, with this comes the unfortunate fact that we now have a dwindling pool of men to choose from.

But, besides the fact that we may not be the young, fresh faces of campus anymore, being older definitely comes with its advantages. We know which fraternities have the hottest guys, which bars to go to on specific nights, where all the best parties are on campus and how to stare down the freshmen who clearly don’t know their place in the College Park social scene. But alas, we are the ones sitting at the top of the food chain. It seems as if we’re either stuck with the senior guys whose hookup history we know by heart, or the infamous underclassmen. Now ladies, I’m not one to judge on your hook-up preferences…I say if you’re gettin’ it, then good for you! But whether you like them older or younger, here are a few pros and cons to dating the younger guys on campus.

Pros: These fresh outta high school hotties just stepped foot on campus and are ready to have that crazy college experience. So without a doubt, they’re down for a good time…all the time. They’re young, they’re fun and they’re eager to do anything for you. These guys look at older girls like their goddesses. Oh and you can’t forget about the free diner points, ladies. Having a freshman guy on your arms means buffalo chicken wraps and stir-fry all day everyday!

Cons: It’s a bit of a toss up but these boys have a tendency to either be stage 5 clingers or too immature to function. So he’s in love with you? Great, I’m happy for you both. But if it ends up turning into a relationship where he won’t leave your side for a split second, we have a problem. However in some cases, these guys can prove to be harder to tie down. Freshman guys can be consumed by the idea of having that wild college experience. They might be too into the party scene and aren’t looking to settle down any time soon. In this case, freshmen get a “Caution! Danger Ahead” label, because these young bad boys can be pretty hard to tame. But hey if you’re into that, I say Cougars, full speed ahead! Keep in mind though, when it comes time for you to take that stride of pride back home, it might be a bit of a hike when you leave his place all the way in North Campus.

Pros: These guys are definitely adapting to the UMD college life and are gradually beginning to understand the ways of the Terps. They are more involved now and have found their niche on campus. These boys are also more in tune with the dating rituals that occur here so you won’t have to break him in. They may still be a little naïve but they know more about the College Park social scene now that they’re no longer at the bottom of the totem pole.

Cons: Unfortunately, these guys have a tendency to catch what I like to call “Sophomore Syndrome.” They all suddenly have this new sense of entitlement as if they know everything there is to know about college even though they’re only two semesters deep. Sophomores get a “Warning! Back Away Slowly” label because these are the John Tucker-esque guys who practically scream Hey I’m cocky and self-centered, so are we going back to my place or yours?! Sophomores also have an affinity for going for new freshmen girls over older girls. It’s the ugly truth. They’re preying on the ones who just might fall for their lame moves and honey, don’t let it be you.

Pros: These guys have been in school almost as long as you have and you might even know the same people in certain social circles. These guys are definitely more mature and are more likely to settle down. They’re probably your best bet when it comes to trying to find a more stable relationship rather than a random hook-up.

Cons: Since these guys have been around the block, they probably know most of your college hook-up history (If not, you lucked out on this one). But likewise, you probably know their history as well and let me tell you, it’s not the most pleasant thing to hear. Juniors get labeled “Proceed With Caution” because who knows? Maybe this kid drunkenly hooked-up with your not so sober sorority sister years past. There’s also that ongoing trend where juniors go abroad for a semester or even an entire year. So it may be difficult to snatch em’ up before they leave. It’s a tough game to play but don’t worry, there are loopholes.

Well shit, it’s all fair game at this point. Now that you’re back in your own age group and safe from the cougar/cub label, have fun searching for that special someone in your own age bracket.

We all know college guys can be complicated at times. If you want a relationship (all my single ladies have to settle down at some point right?) definitely keep an eye out for the juniors or seniors. Not ready for anything serious any time soon?  Go out there and find yourself a freshman or even try to snag a sophomore!

How We Can Learn From This Pandemic To Create A Better...

We All Have An Undeniable Purpose But You Need To Dig...

I Want You To Remember Who You Are When You’re Not...

My Hardest Goodbye: Coming To Terms With Losing My Dad At...