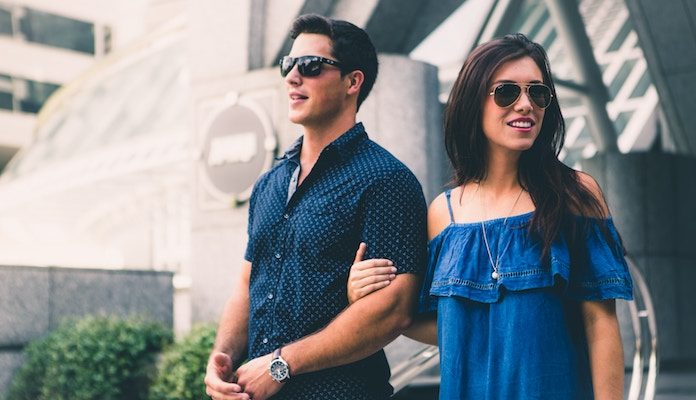 For whatever reason, over the years, I’ve always found that people come to me for sound, grounded, logical advice. I’m always perplexed when people can’t come to the same logical decision that I did in nanoseconds after they describe a situation.

I can safely say that I’ve witnessed my fair share of failed relationships amongst my friends and even my own relationships. Every relationship comes to an end for a reason, sometimes over something arbitrary, or something serious (cheating, abuse, etc.) Whatever the reason may be, we’re always focused on why the relationship ended at that moment. It’s as if we ignore how the relationship began and the patterns and habits that ultimately led up to it.

Lately, I’ve been noticing a trend amongst my friends and friends of friends who are rushing into new relationships. Whether it’s rushing to say I love you (I’m looking at you Scheana Shay from Vanderpump Rules) or planning vacations with someone you’ve only been dating for two months, the velocity at which the relationship is being expedited is INSANE.

I understand that relationships in today’s day and age are complex and we’re a generation where we either don’t want to commit to anyone at all, or we’re afraid of our feelings and instead we pussy foot around having THE TALK. Either way, it’s a crock of absolute garbage and I’m here to tell you enough is enough.

From a guy’s perspective, we’re all immature one way or another. It’s a scientific fact (okay, not really but it’s an implied theory pushed by the female agenda) and because of this immaturity and unwillingness to settle or express how we feel, we’re in turn causing women to engage in questionable behavior.

I would say that I’ve heard the spectrum of frustrations from my female friends about their issues with guys they’re dating. They’re always in a hurry to settle down (although to be fair I jokingly always tell them if the dude has money I’ll start planning the wedding) but more than that, they want the relationship to either be defined after the first or second date and they want a timeline for the next year.

Here’s the thing: most guys don’t even know what they’re eating for lunch, let alone what they’re doing six months from now. Back to my thing about rushing into relationships and planning vacations together. To be fair, I did go away with my ex for Thanksgiving only 2.5 months into dating to meet complete strangers, but that’s not the most shocking travel plan. I’m talking about international travel. I’m talking about making expensive, nonrefundable plans with someone.

While I do understand that by making those commitments far in advance it’s because one is optimistic about the course of their relationship, the other might not be. Hell, I called off my wedding six months before because I didn’t want to get married or be with her anymore.

We’re human beings. We have real emotions and feelings and we can change our minds. It’s easy. To be fair, I’m generalizing about the male gender, but my guy friends can back up these claims from their past actions. We’ll play games, we’ll revisit past relationships to see if there’s anything still there, we’ll date multiple women at one time, or we’re all emotionally closed off. The possibilities are endless.

There does come a point in time where we do want to settle down, where we’re tired of being asked about when we’re getting married or how come you don’t introduce us to your significant other, but it’s after a lot of nudging, badgering and overall pestering.

Until then, take the relationship one day at a time. Instead of worrying that he didn’t say I love you first or even after you told him you loved him, focus on the positives. Love is not built on a timeline and benchmarks.

If you want to have benchmarks, run a business or a nonprofit that has goals that need to be met. If you treat your relationships like anything but a relationship, you’re setting yourself up for failure, both physically and emotionally. Love is not a sprint, it’s a marathon.

Also ladies, who gives a shit if someone you went to high school with who only dated their boyfriend for six months got engaged before you. Odds are that relationship is ending in divorce. Be grateful you’re in a relationship. Cherish the relationship. Nurture it and make sure that you’re putting in as much to the relationship as your partner is.

If you’re not equal in the relationship, see yourself out of it.

There are plenty of things to rush through, but a relationship should not be one of them.

Photo by Stephen Cook on Unsplash