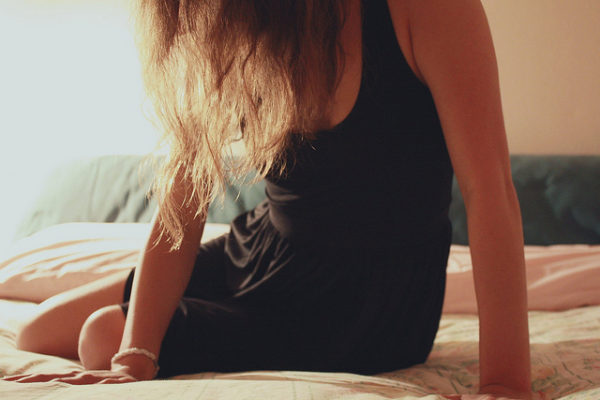 With all of the talk in popular media about enthusiastic consent and how #yesmeansyes, it can become a little confusing to know when girls really want to have sex. To make it even more complicated, studies are showing that sometimes even when a girl says yes to sex, there’s a chance that she might not really mean it.

According to data collected in Why Women Have Sex, women often engage in sexual activity for a variety of reasons that they wouldn’t normally discuss or admit to, and some of them are likely to be found surprising as well as problematic.

1. They want to be more appealing – When a girl starts talking to a guy she is really into, she might be thinking about how to attract him and keep him interested in her. She can easily get the impression that having sex with him will make her seem more appealing. They might send out inviting signals and agree when he initiates sexual activity even though underneath the surface, she would rather wait until they knew each other better. The problem here is that it’s not likely to work as she has intended. In this case, if she recognizes signs of him losing interest after having sex, it will leave her feeling used and heart broken. This is why girls would be wise to evaluate what their motives are behind the decision to have sex and understand that a guy who is worthy of this kind of love will not like her more simply because she’s having sex with him.

2. They feel pressure from a guy – Many girls admit to feeling pressure to have sex from the guy they are dating. Often times it starts out as innocent encouragement to take the next step, but if it’s an issue that is being brought up more often than the girl is comfortable with, it could cause her to feel like she should hurry in the decision to agree to his wishes. Not only could this be detrimental to the girl’s self esteem, it could be classified as abusive behavior and should be a clue to her that she is not respected in the relationship. This is not acceptable! The decision to have sex should be one that is made mutually and comfortably. No one should ever feel pressured to have sex for any reason whatsoever and girls should be able to stand up for themselves when they are being made to feel uncomfortable.

3. They want to fix problems in the relationship – It seems that when some girls have sex with a guy, they come to think that hopping into bed will with fix any problems residing in the relationship at that time. Maybe it is based on the idea that having a sexual encounter inspires positive feelings between lovers. That could have a sliver of truth in it, however, in most cases this is just a quick fix for a problem that will still be there afterward. If there is a problem residing in a relationship, it’s always best to address it head-on and not attempt to use sex as the relationship band-aid.

4. They want to feel closer to their partner – Feeling connected to the one you are seeing is pretty important for both girls and guys. However, because they both often have trouble communicating with each other, girls might sometimes feel like the only way to feel closer to her guy is to have sex. They might often think that having sex will bring out a special kind of bond between the two of them. However, this can not be guaranteed through sex alone. A loving bond has to be formed from a number of other components, including compatibility, love, respect, communication, trust, just to name a few.

5. They are uncomfortable saying no – Some girls that don’t want to have sex with a guy at any given time just don’t want to let them down. They might feel like saying “no” or anything similar will be too off-putting, and they don’t want to cause him to feel disappointed in her, or even angry, so they give in to stay in his good graces. This is a problem because if a girl continually has sex even though she doesn’t want to, it will eat away at her self respect, her dignity, and she is likely to start thinking of sex as a chore rather than something she wants to do in order to show her love for someone she cares about. Girls need to be able to comfortably communicate to a guy what they want and what they don’t want in and out of the bedroom, and prioritize their needs and desires for themselves.

This gives us an eye-opening look into what could motivate a young woman to engage in sexual activity even though she might not be completely comfortable or ready for sex. From there, we can begin to understand how much girls could use some help in regards to self-esteem development as well as drawing boundaries and effectively communicating their needs and desires. We can all help the girls that are our friends and family by openly talking about and personally demonstrating the self-worth that is required in a healthy and lasting relationship. That way, they won’t feel like they have to have sex for any reason other than wanting to show their affection for their partner.

5 Ways To Make A Strong Comeback And Make This Your...