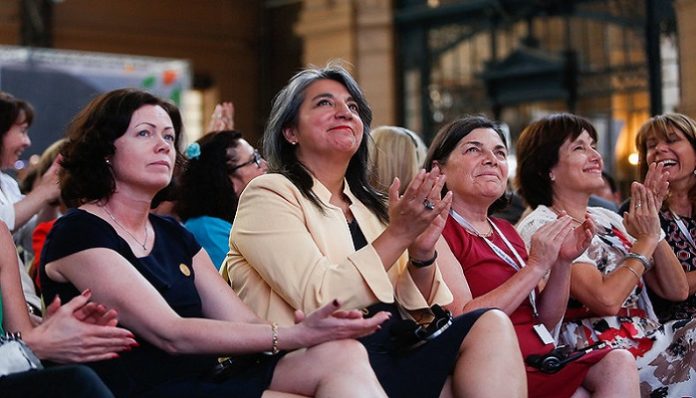 Nancy Pelosi once said, “Women are leaders everywhere you look — from the CEO who runs a Fortune 500 company to the housewife who raises her children and heads her household. Our country was built by strong women, and we will continue to break down walls and defy stereotypes.” The sad reality is that many of these women and their contributions to science, society, and many other fields are often overlooked. The following women are just the very tip of the iceberg of the multitude of trail-blazing females contributing all over the world.

Given the 43rd spot on Forbes list of 100 powerful women, Wajed is the longest-running prime minister of Bangladesh (she is currently serving her fourth term). Wajed has made it her mission to spend this term focusing on food security and education. Though this term may be her last, she will definitely leave a legacy behind.

Paula is a pivotal person in the LGBTQ+ movements. She is transgender and uses her experiences to demonstrate the differences of living in society as a male versus female. As a result, she shared her story in many different ways, including at schools, religious groups, and businesses. She’s also regarded as a trailblazer for the community.

Winning 11 gold paralympic medals, Tanni has used her fame to become an advocate for the rights of disabled individuals globally. Tanni was wheelchair-bound from the age of 7 with Spina Bifida but did not let that stop her. As you can see, her story is truly inspirational.

Elizabeth Blackburn, an Australian-American, made a significant scientific discovery about the DNA in chromosomes and telomeres. She worked with a partner Carol Greider in the 1980s to further look into their discovery and its functionality. Elizabeth is a pivotal person in the science realm.

This film producer uses her female voice to make movies that bring important issues to light. Tackling things such as racism in America and other social injustices, Ava brings films that people talk about in many different circles. What’s more, her work can inspire the critical conversations society needs to have to bring forth progressive change.

Halima became a person of interest when she wore a hijab in a Miss Minnesota pageant and in a Sports Illustrated issue. She is using her fame to set an example for other women and girls. When describing her intentions, Halima said: “It’s important for me to be visible and to do whatever I can to let girls know that they don’t have to change who they are,” she said in an interview with Essence. “I want them to know the world will meet them exactly where they stand.”

A London-born actress known for her role on The Good Place, Jamil has used her status to launch a social media campaign raising awareness and support for those whose body image issues might stem from the media pressure we all face. She created her I Weigh Community as a safe space for people to enjoy social media without all of the negative stigmas. She truly has a beautiful vision that I hope everyone can adhere to one day.

Born in Brazil, Natalia is a science writer and microbiologist. She made it her mission to bring life-saving information about the COVID-19 virus to communities via TV, radio, and press conferences. Her research was so groundbreaking that she was invited to Columbia University to work with world-renowned neuroscientist, Stuart Firestein. Her work will be pivotal in the treatments of the COVID-19 pandemic.

Women are making groundbreaking scientific discoveries, harboring safe communities for the oppressed, and setting an example for future generations to come worldwide. The end of the year is when many media outlets release their lists of powerful men and women, but we feel they should receive gratitude and credit all year long. So do you have a powerhouse woman many may not know about? We would love to hear it in the comments below.