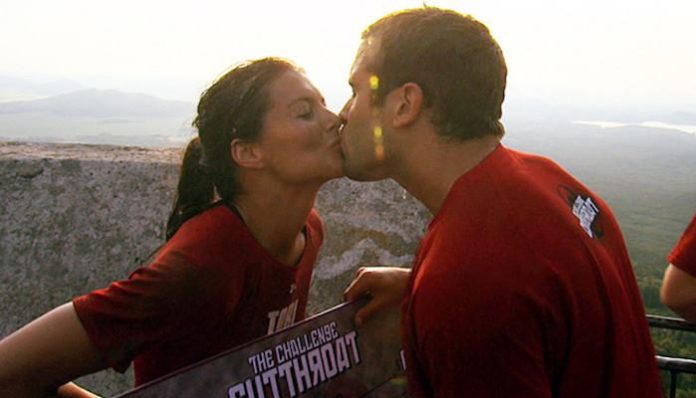 Over the past three weeks, fans of MTV’s The Challenge have been re-acquainted to a very familiar face, only with a lot of facial hair now. Fan favorite, Brad Fiorenza, is back to battle after getting into a Twitter war about how Tony was talking to Cara Maria.

Longtime fans of the show knew that Brad met and married his co-star on the series, Tori. They were equally surprised to hear the pair recently got divorced.

During the first episode, they watched the 37-year old hook up with 26-year-old Britni. Naturally, viewers were confused and concerned because no one ever saw Brad away from Tori. So, the curious minds have been wondering how Tori felt and reached out to his former flame of ten years. Which from her stand point must have been very difficult to explain.

In a new interview with UsWeekly, Tori opened up about how hard it is to sit at home and watch her recently ex husband go after a new woman on national television. And what she has to say is heartbreaking.

“I was fine with him going back and doing the show. It was such a big part of our life. But never did I believe that our story was that replaceable to him. That was the hardest part. When he was filming and the pictures leaked and all of that, I saw that… I was like, ‘Wow. I was just another step in the road.’ Which is healing and hurtful at the same time. To me, that was our story. And it was very replaceable to him.”

The pair first met on The Gauntlet and began dating on the show in 2008. For years fan, and clearly herself, believed their love story was unique and special in it’s own way for the odd way they met and how it turned out.

“The conversation we had prior to him leaving was: ‘I’m going to focus on winning and playing the game, I’m not there to hook up and do that kind of thing’.”

She admits that she doesn’t watch the new season, and has accepted the end of their relationship, but says it’s very difficult hearing what’s going on from other people. Especially from her former castmates that are still on the show. You know, like Johnny Bananas and Cara Maria.

Castmates on the show awkwardly sat back and judged as they watched the couple flirting from afar. They all agreed that they were a better match than he and Tori were. And shockingly, she agrees! “Here’s the deal: they just have more in common. He’s a fun guy.”

Although they have been divorced since late 2016, she now realizes that they just weren’t a good match. “I was 20 years old when I met him, and I grew up with him. I gave him a decade of my life, a third of my life. When we grew up and realized the things that we wanted in life, we agree on nothing. The only thing we agree on is our two kids, which is sad.”

The couple are proud parents to Brady, 6, and Chase, 3, and continue to have a solid co-parenting relationship. But will the kids meet their dad’s new girlfriend (yes, they are dating outside of the show)? Tori says not anytime soon.

As for Britni, it looks like she has a thing for older dilfs. During season 30 of The Challenge; The Dirty 30, the Are You The One alum was seen kissing and being flirtatious with fellow vet, Derrick.

Just goes to show you that even if you have an intense history with someone, they can easily discredit everything you had for a hookup.

Featured image via The Challenge screengrab