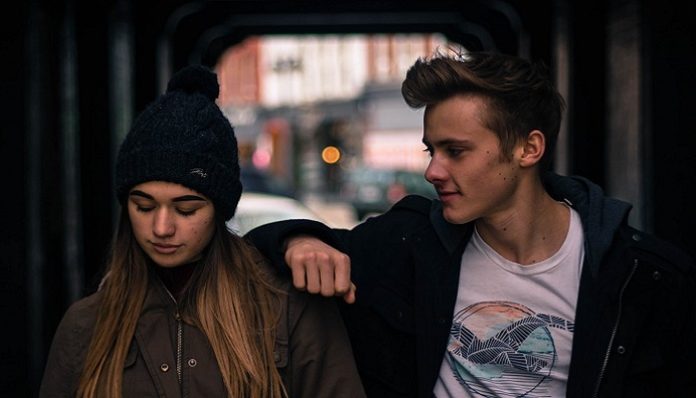 “An Interpersonal relationship in which two people want to be together, but agree to form a non-monogamous relationship”

I’ve always heard controversy surrounding open relationships. Many think it’s just an excuse to sleep around, or help someone get over their daddy issues.

Truth is, you couldn’t be more wrong.

An open relationship is still a relationship, but with the freedom to form physical and emotional connections with other people, to live life as we wish, while still having a fulfilling and loving relationship.

It strengthens the bond between two people, it doesn’t destroy it.

Here’s a few things that perfectly describe the truth behind my open relationship:

It seems to be a common assumption that all open relationships are full of mistrust and dishonesty, but that is not the case. We tell each other everything we do outside of our primary relationship, and it brings us closer together, because we can be so frankly honest with one another.

2. We still love each other.

If we didn’t love each other, we wouldn’t be together. I can understand why you might think this, it would be difficult thinking that someone you love is with other people, but you must remember that both people are. That’s reassuring. We give the person we love freedom and trust, and receive the same. At the end of the day, they come back to you, and that is what really matters.

The butterflies, the passion, the heat. So many people say that it doesn’t last, that they miss the feeling of a first kiss, a first date. Well, we get to experience that, as well as enjoy our long-term relationship. It’s a win-win.

We can be different, we can become fully exclusive. It’s all a matter of choice. If we start a new relationship with somebody who isn’t okay with the idea, we are fully capable of being just with that single person. We can function in what you would call a ‘normal’ relationship, and we can function with only having one partner. We’re still human, after all.

5. We’re not always sleeping with lots of other people.

Sometimes we are, but it’s not always like that. We might just flirt, or go on dates, or kiss that beautiful person we met at the party. We can, if we want to – that’s the whole point. It’s not about jumping into bed with as many people as physically possible; it’s about the freedom to enjoy the moments as they happen, without restriction.

6. Being in an open relationship isn’t cheating, but you can still cheat.

Don’t assume we’re all cheaters…Everything we do is through mutual decisions, ground rules, and respect. You can still cheat in an open relationship. If, for example, you start another relationship similar to the one with your actual partner, that’s still cheating. Your real relationship is usually limited to one person. If your partner requests that you don’t date any mutual friends but you do it anyway, that’s cheating. You have the full trust of your partner in an open relationship, just don’t break it.

7. We don’t just jump into bed with anyone.

Yet another thing you shouldn’t assume: because I’m in an open relationship doesn’t mean I’m an easy lay. We still have standards and preferences, like everybody else. We meet people and form relationships the same way, too, so it doesn’t mean we will automatically sleep with you just because we can.

8. Yes, we’re committed. We might get married, have kids and grow old together.

Many open relationships are actually formed after marriage to try something new, to bring about a new spark. But, even in those cases, they are still a normal married couple. If we aren’t married, it doesn’t mean we won’t be. It’s still a committed relationship, and if the time and the person is right, we might get married, have children, and spend our golden years together.

9. We don’t have a sex addiction, intimacy issues, or relationship problems.

While some people may avoid relationships and prefer to have sex with people based out of a fear of intimacy, or something similar, this just doesn’t apply to us. We’re not scared of relationships – we’re in one!

I hate to sound cliché, but relationships are between two people – yes, even ours. We’re not hurting anyone, we’re not doing anything wrong. We’re just enjoying our lives, so try not to judge until you know the truth.

And after all, if we’re happy in our own relationship, what’s the problem?

The Heart Wants To Move On: Why Texting Your Ex Is...