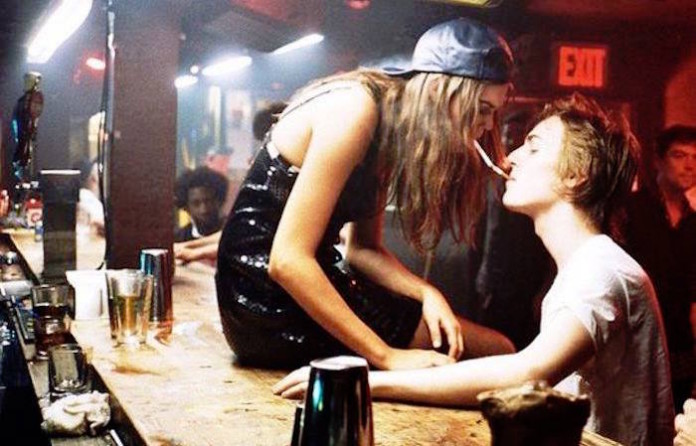 Let’s face it, flirting is awkward.

I can’t count the amount of times I’ve struggled through a conversation with a guy at the bar when all I want is to get my beer and sit with my friends. Or even the amount of times a guy just won’t grasp that boundaries are there for a reason; and just go in full creep mode.

Of course, not all guys are like that, I wouldn’t be with my boyfriend now if it wasn’t for him flirting (cute, but very lame) with me constantly. But it’s those few that ruin it for all us – and makes girls want to hide under a rock every time we hear a cheesy pick-up line, or a guy asking for a phone number in the line at Burger King (which has actually happened more times than you’d expect!).

So, here are some foolproof tips to flirting, so you don’t become that guy:

It might seem obvious, but you’d be surprised how many people never mention who they actually are when they’re trying to start a conversation. It’s seriously uncomfortable having somebody ramble on all night about their new car, their job, and how their jacket it made of boyfriend material or some other garbage when we don’t actually know who the hell you are! Simple things go a long way.

It might seem like a classic, but it just sounds like you want to get us drunk and can’t be bothered to think of something else to say. Some of us might want a drunken hookup, but unless you can read minds don’t think every girl wants one! Say something, start an actual conversation, a reason for you to actually sit and have a drink together. Talk about the song playing, the funny drunk dude dancing by the pool tables, even her new jacket if you’re brave enough. If not, it’s just two people awkwardly staring at a glass until it’s socially acceptable to leave.

No matter where you are, it’s hard to turn down somebody’s offer to buy us things without seeming ungrateful if they keep pushing. Asking once is more than enough.

3. Give her your number first, don’t press for hers unless she offers it.

If a girl is interested, she’ll call you; it’s as simple at that. And if she wants you to have her number, she’ll give it to you. Quite a few of us that are really uncomfortable in these situations just give a number (sometimes fake!) to get a guy to leave, hoping they never try to call because we don’t know how to tell them to leave. And quite honestly, there’s nothing more awkward than someone asking for your number after having a friendly chat and saying you don’t actually want to talk to them. Don’t put us in that situation.

The worst one is calling our number right after we give it to you to check it’s real. Don’t force it, don’t check to see if the number is real, don’t get clingy when we’ve known for you for five minutes!

One of the worst things you can do, is walk around staring at a girl. It’s seriously the creepiest things a guy can do so if you’re going to come and talk to us, just do it. If we catch your eye, smile at us, or wave, don’t just stare at your feet, or our ass.

If you start asking us specific, personal things, it will put us on edge. Learn some boundaries! If you’re asking where we live, say something like you from around here? rather than asking us straight up where we live. The details are for people we know and trust, not random guys we just met. Keep the conversation light and she’ll talk about herself if she feels comfortable enough to do so.

One of the most important things to do is look at the way she’s acting. If she’s looking away, fidgety, checking her phone, and giving small responses, she’s not interested and wants to get away from you but, just doesn’t know how yet. If you think maybe a girl isn’t interested in you, don’t force the issue and just bid us goodbye.

I’ll tell a guy straight up that I’m not interested and I’m leaving, but a lot of girls feel so awkward they can’t find the right words or don’t want to seem rude. Take a hint!

7. Don’t just talk about they way we look.

I’m guessing you find me attractive if you’re walking up to hit on me, can we move on? I’m not a pin-up for your wall, stop talking about how ‘hot’ you think I am in your drunken slurs. Thanks.

I don’t assume every single man that’s ever spoken to me is flirting with me, so I don’t always mention my boyfriend right away. But I do find a way to mention it if I feel like someone is taking it a little too far. Check for an engagement ring, if there’s a picture on their phone case, anything. Or just politely ask us if our boyfriend is here. That could save a bit of embarrassment for both of us.

Flirting is great fun when you’re single, and we love it too! Once we all understand our limits, we can gracefully be masters of seduction rather than just that creepy person from the bar that will be a funny story the next day.

Featured Image via The Virgins.