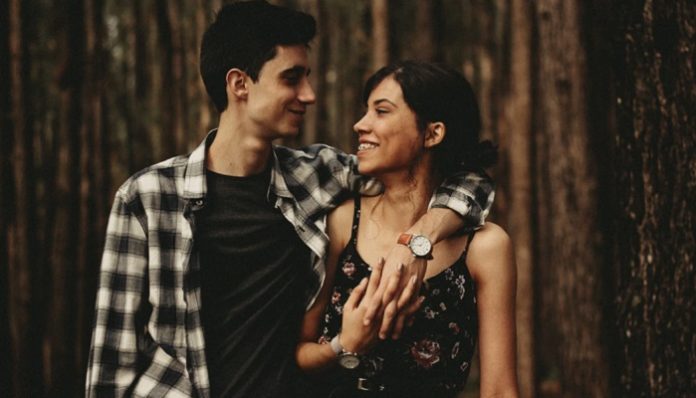 Do men actually send us mixed signals when they’re afraid to tell us the truth, or a lie? Honestly, not really! As a woman, this is extremely hard to digest because I have based all the relationship uncertainties on the fact that guys give mixed signals. However that is really not true. If you have to decode a guy’s signals, I think it’s pretty clear it’s time to bail. What women think is a mixed signal, is in fact a very clear message.

He may like your company, like to hang out with you, even hook up with you, just not enough to actually be dating you. It is time to move on. You don’t want to be someone’s option when you are born to be someone else’s priority. In general, guys are not expressive creatures. What they really feel comes across through their actions. Keep a close look out for those. If you see him saying something and not following through with actions, it probably means he’s not interested enough.

Always remember, it’s in the very nature of a man to take the initiative if he’s genuinely interested. Rest assured he will make the move, and if he doesn’t, get the hint and try to move on. If he says he likes you, but doesn’t want to commit for whatever reason, it just means he doesn’t like you enough to be in a committed relationship with you. This sounds really harsh at the face of it; however, I have also been a victim to what we may perceive as mixed signals.

Someone once told me, ‘I like you, however I can’t commit to you since I don’t have the time for a major commitment’. In spite of saying this he would still talk to me, hang out with me, do things to make me feel special. I perceived this as a mixed signal thinking eventually he would come around. Although he didn’t, I should’ve gotten the clue when he said he didn’t want to commit. We tend to make so many excuses for guys’ situations and why they can’t commit to us even though they like us, but when a guy says he doesn’t want to be with you, for whatever reason, it is crucial that we take it at face value and move on. Save yourself some time and face!

I am not saying this is the case 100% of the time, but if you really want to test a guy’s feelings for you who says he doesn’t want to commit is to walk away. If he lets you go without any kind of fight, you know exactly where you stand in his life.

Most guys are very particular about things they consider a priority and if he lets you go that easily, you never were one of his. I always say this, we as women tend to overcomplicate and overanalyze things. If a guy says don’t fall in love with me, he actually means don’t fall in love with me. Take it at face value. All he wants to do is enjoy the good side of the relationship and avoid the responsibilities. Don’t overthink it. It is exactly as he’s stating it is. If a guy doesn’t want to be with you, it says nothing about you personally.

Don’t let your worth be determined by a guy’s behavior,

because you are worth more than that.

Shit happens and it sucks, but that’s life. It’s time to get up and move on. There’s no point blaming someone else for your situation, if you don’t like how you’re feeling, then get up change it.

If you want to keep his interest, be interesting yourself. It is very crucial we realize, the difference between doing things to keep him versus being the person that he truly wants to be with. Be the person he wants to share his life with, because he already has a mother and a maid. Focus on loving yourself and being confident in yourself, leave the insecurities at home.

For some men, it isn’t the looks or the body that he considers sexy, it’s the confidence with which the girl carries herself that is sexiest. Remember that if you need to question if he’s interested or not, mostly likely the answer is a no. When the guy is right and really likes you, you will just know, you won’t have any doubt or question about it. You may really like someone but don’t try too hard to be with him, there is a reason people say, ‘love finds you when you least expect it’.

Always remember, guys aren’t like girls, they mean what they say. Don’t try and find any hidden meaning or agenda behind their words because there isn’t. Evaluate the situation and realize when it’s time to move forward because if you don’t, you will miss out on the great guy who loves you for you! Lastly, realize that it really isn’t about the guy. Work towards feeling secure, do what you’re doing, what makes you happy, the right guy will just follow. Life is too short for games and the apparent mixed signals.