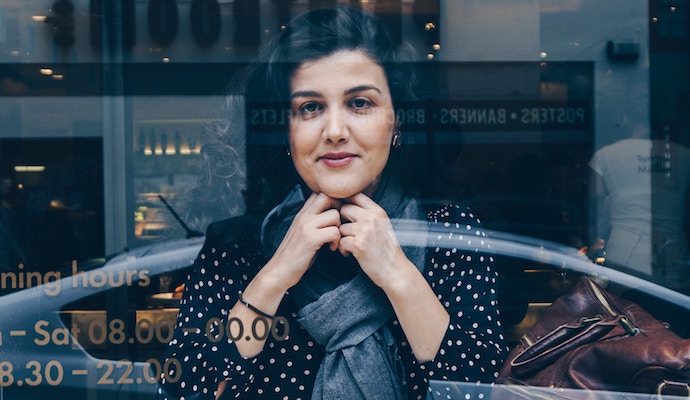 Recently, sexual harassment has been in the spotlight as more women speak out against what they have to deal with every day. I think we can all agree that sexual harassment, especially in the workplace, has been tolerated too long. More and more celebrities are shamed for the way they conducted themselves towards women. We also have the #metoo movement that’s growing stronger every day.

Up until now, most women didn’t have anywhere to turn to turn to talk about their experiences with sexual harassment. We thank this woman for taking her story to Reddit and sharing it with everyone. While we know sexual harassment isn’t funny, this lady came up with a genius plan to get back at her coworker sexually harassing her. If the idea wasn’t fantastic enough, the fact that this scumbag ended up getting fired is pretty incredible in itself.

“It was MY way of using my ass as a weapon.”

This woman turned her farts into a weapon of revenge, and we can not blame her! She explains that a coworker was consistently groping her at work. Ted was inappropriately bumping into her and copping a feel so many times that it gave this woman the time to devise a revenge attack. This attack involved her ass Ted loved to grope so much. I have a feeling Ted is going to think twice about sexually harassing girls.

Partly to the fact, he lost his job but mostly because of this woman’s genius revenge tactic. Whether you agree with her tactics or not, there is no questioning the effectiveness of this girls idea. Sure, it could be considered a bit gross but what do you consider sexually harassing women?

The guy at work kept “bumping” into me. A brush on the butt, on the side of my breasts. It kept happening and he played innocent always passing by with no eye contact. Today he one-upped himself and actually goosed my butt. Full on pinch. Feeling defeated like no one would believe me, then something came over me.

He proceeded to freak out and then I freaked out. No more will he look at my ass as sexual, but a fart box that has forever claimed his tiny hand.

Boss overheard after other people kept talking about it, brought us both in, found out I was one of five he’s done this to. He said I intentionally farted on him (I said it was an accident) which I knew would freak him out. When he pinched me it was “a joke.”

As soon as he said that, I was told to excuse myself and he’s currently cleaning out his desk.

Apparently, after reading such a smart way of dealing with her sexual harasser the Internet was inspired. I mean, if the fact that she farted on some piece of garbage makes you more uncomfortable than the harassment itself then you are a part of the problem. Her antics received a ton of praise and even had people sharing their ingenious ways of dealing with sexual harassment in the workplace.

SKETCHdoodler
This reminds me of a story about the Disney Ink & Paint department from the 40s or 50s. It’s from Tom Sito’s book, “Drawing The Line: The Untold Story of the Animation Unions from Bosko to Bart Simpson” pp.27.

Martha Sigall tells a story of a big-breasted painter who had to endure a certain male animator who liked to reach around from behind and squeeze her breasts while she was trying to paint. When she complained, she was just laughed at and called a spoilsport. Finally, she came up with a solution. She lined a padded bra with sharp steel push pins, points out, and covered it with a loosely fitted silk shirt. When the animator in question grabbed the booby traps, he let out a howl. He was cured of such behavior.

cirqueamy
You literally got an asshole fired by firing your asshole!

I’m so sorry he did that to you in the first place but so glad you were able to work the situation to get him properly caught and dealt with.

coffie
I hope any time he considers pinching another person’s butt in the future he smells your ghost fart.

sky-over-the-field
Holy shit. Oh my god. You are my hero. I LOVE THIS STORY!!! (not the gross sexual harassment but the sweet, smelly justice)

Fuck you, Ted. I hope you get pink eye.

TheRealGonzoHere
You’re a regular Rosa Farts, standing up for your rights.

It’s safe to say that we appreciate you for using your farts for the good of the people. He was sexually harassing multiple women, and you made the office a safer environment with one fart. That is no doubt impressive and incredibly clever. The guy doing it can kick rocks barefoot for the rest of his life. Good luck finding a job you human piece of garbage. As our farting vigilante put so eloquently, F*ck you, Ted.

Originally Published on PizzaBottle.
Photo by Nigel Tadyanehondo on Unsplash