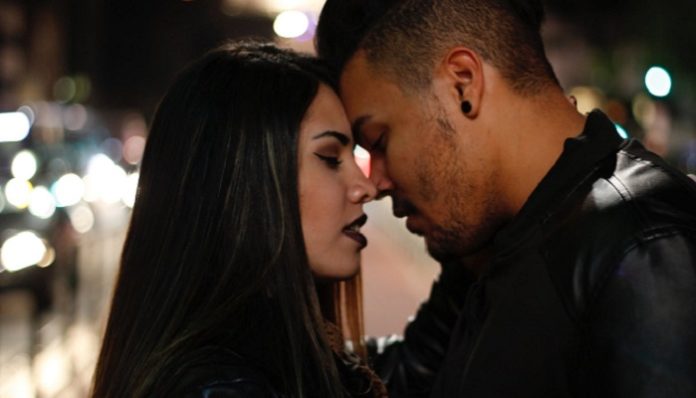 He gives you butterflies but makes you sick to your stomach. He is the single person who has made you smile when no one else could, yet the cause of sleepless nights and endless frustration.

We all have someone in our lives just like him. And if you don’t, then hey, you’re one of the lucky ones. For the rest of us, the constant battle in your head of knowing that he is no good for you but still holding on to a sliver of hope can be exhausting.

There are some loves that you just cannot seem to get over. No matter how many years go by, how many boys you date, or how many boys you hook up with, you can’t get rid of him. Whether it’s running into his sister at Starbucks or driving by his house and having the song that reminds you of him randomly come on the radio, the universe just doesn’t seem to want to let you forget him.

And the universe sending you a message is worse than anything. Because if you’re anything like me, you believe 100% whole heartedly that everything happens for a reason, and this can often mess with your head…A LOT. But after years of having this internal battle, I can look back and know that even though there might be all these signs pointing back to him, we just are never going to be together. Here are some signs to look for if you’ve been having a similar battle:

1. Your old problems will still be there. Whether this is the argument over who cheated, or how he acts around your family, no matter how many years pass some things will never go away. I’ve found that the major problems are not necessarily the things he did in the past, but the values he has that cause those actions. And no matter how hard you try, there is a very slim chance you can change the core values of a person.

2. Blood is thicker than water. Your family will never forget what he did, or the bad things about your relationship regardless if they forgive him. My 13-year-old brother still talks about how much he hates this guy and he was only 8 when I dated him.

3. Being in your 20s changes things. You fell in love when you were a teenager but you know now that you want to be with someone who values you and who will motivate you, not compete, to be the best you can be. And you don’t want to waste your time just because it may seem familiar and comfortable.

4. Yet, he is still a teenager at heart. 5 years might pass and although he traveled the world and reflected on his life, he still doesn’t know how to open up or how to be genuine about his thoughts or feelings. He still doesn’t understand how to treat you, and who knows if he ever will.

5. The games actually do get old. I’m gonna bring this back to a story. A random night of lots of tequila ended with me and him together. The next day he calls me to “check in” and says he didn’t want me to think he was “ghosting me,” but then proceeds to not contact me ever again! I know in business school they teach you to follow-up, but this wasn’t an interview man. At some point you just want something honest and to not play these silly mind games.

6. You’ve seen him, flaws and all, and still didn’t feel anything real. He once said (years after we broke up), “Being with you was the happiest time of my life.” For any guy, and especially this guy, that is a very bold statement. But once you get over the endearment you realize that all those years ago, being with him was not the happiest time of your life. In fact, for me, being single has been!

I’m not saying he is a bad person, I’m not saying that you shouldn’t stay in touch with him. I do believe that there is a reason for how things happen, and he was meant to show me what I want in a healthy loving relationship – it just isn’t going to be him.

What To Do If You And Your Partner Have Different Sex...

Why We Need To Learn To Just Breathe