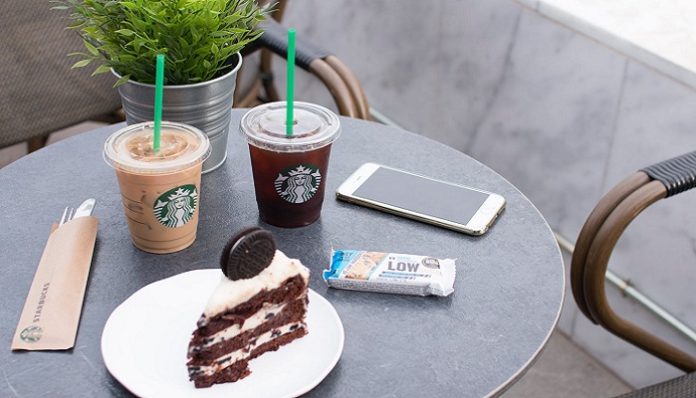 Let’s get real here. Starbucks is expensive. If you’re not just getting a plain cup of coffee, chances are you’re spending anywhere from $4-$8 for a drink. I’ve had customers regularly order upwards of $10 a drink, everyday. Working at Starbucks, I saw it all. I also learned a few tricks along the way. Starbucks has an amazing rewards program, so that’s definitely one simple way to get a good deal. But if you’re interested in some other tricks to make your hard-earned cash go further, here are some hacks from a former barista:

If you’re getting a Passion Tea Lemonade or a Cool Lime Refresher, or any other tea or juice based drinks, getting it with lighter ice is a great way to get more of the liquid. Many people also get their drink shaken with ice but no ice in the cup. This trick is really working the system so your barista will intensely judge you if you do this.

2. Smoothie in a Venti Cup

When you order a smoothie, it comes in a Grande cup, but there’s usually a bit left over. If you want to get the entire drink from the blender, order it in a Venti cup. Same goes with Frappuccinos if you want a lot of whipped cream. Get a Grande Frap in a Venti cup with extra whip.

If you’re going to Starbucks with a friend and you both want the same drink, get a Venti, which is 20 fl oz., and ask them to split it between two Tall cups, which are 12 fl oz. This is a great way to save because you just have to split the cost of one drink.

Cali style has become pretty popular with Starbucks regulars. It means you get caramel drizzle inside of the cup before the drink goes in. Pretty lethal. Caramel costs extra, so if you want to really cheat the system, ask for the drizzle at the bar and put it on yourself. It won’t be inside the cup this way, but trust me, you’ll still manage to go into diabetic shock.

I’ve already told you many things that will make your barista hate you, so why not tell you the one that really takes the cake. Iced Lattes are one of the most popular drinks but they definitely aren’t cheap. If you’re feeling risky, order 2 shots of espresso over ice and fill it up with milk either at the bar or at home. This will save you a couple of dollars. Again, I can’t stress this enough, your barista will think you’re the worst person alive.

Everyone is familiar with the Starbucks secret menu online, but it’s actually not affiliated with Starbucks. Here are some recipes that baristas frequently get themselves: A Double Shot On Ice, An Americano with 1 pump of White Mocha, a Cool Lime Refresher with Green Tea instead of water, a Chai Latte with a shot of espresso (or a Dirty Chai), a Chai Latte with White Mocha, and an Iced Mocha with one pump of Vanilla.

If you’re a poor college student with a penchant for overpriced coffee, this is the list for you. You’ll probably still want to avoid hitting up your corner Starbucks every single day, but these hacks might make you feel a bit better about spending that rent money. Bottoms up!