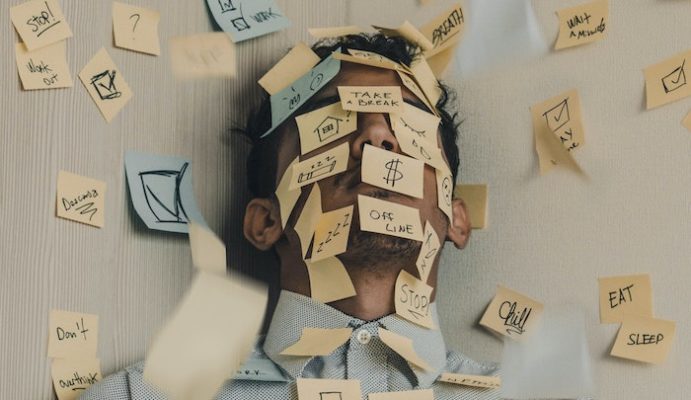 If there is only one lesson I learned from being an adult, it’s that you have to cherish your sleep. For most of us, we wake up super early, often times before the sun comes up, and we go to bed well into the early hours of the next day. Our sleep is so limited and we’re often fueled by caffeine and the desire to make it to Friday. Personally, I’m usually a zombie in the morning and well into the afternoon. I either get not enough sleep, or too much sleep when I force myself to sleep on the weekends. Sleep is a constant struggle.

That’s why we should be allowed to nap at work.

As kids, we all looked forward to nap time in pre-k or kindergarten. It was the one time a day that we didn’t have a care in the world, we could get some shut eye, and wake up ready to tackle learning. Learning included learning our ABCs, crafting, and how to get along with one another.

Here’s what I don’t get though, why do kids from the ages 3-6 need naps? They’re balls of energy (for the most part). Wouldn’t parents want their kids to be tired out at school so when they get home they’re low energy and can knock out for the rest of the night? Young kids have it so easy compared to their adult counterparts. In all actuality, it’s really the parents who are the ones needing the naps.

That’s why I believe that workplaces should implement mandatory nap times for employees.

Now hear me out. The first time I learned about adults napping at work was while I was watching George Costanza on Seinfeld. George is the epitome of lazy and always looks to take shortcuts. On one specific episode, after realizing that the space below his desk was large enough that he could nap underneath and that no one ever really checked on him, he decided to take advantage of the opportunity presented to him. Of course, things go awry when his boss catches on to him and George has to explain away the whole situation, but George Costanza is a pioneer.

You see, napping at work would make everyone a whole lot happier in the workplace. According to a New York Times article, in a study published in Nature Neuroscience, “subjects who took a 30-minute nap between tests stopped deterioration in performance.”  I know personally, I’m not a morning person, and if I had a nap to look forward to in the middle of the day, it may increase my productivity. After lunch and my nap, I may feel more refreshed.

I’m not saying that we should all create makeshift beds underneath our desks like George did, but there should be a designated napping room. While yes, there are on-call rooms in hospitals for staff to rest so more workplaces should utilize space for their employees to nap. Employees can be assigned nap times and they are limited to no more than hour during regular breaks (depending on the work day and work hours). I once had a job that was 7 minutes from my apartment and I would spend my lunch hour at home and would take a brief 30 minute nap almost every day. While it wasn’t necessarily ideal because I always found it hard to get up afterwards, it broke up the monotony of my day. It also didn’t make me resent the fact I had to go back to work.

Letting employees nap during the day can boost morale and attitude in the office, and now no one has to worry about reporting Cheryl to HR for being such a condescending b***h all the time. Again, depending on the type of business, an added nap during the day could allow employers to stay open later, increase their revenue and provide more opportunities for their employees to earn a living if they included nap time (unpaid of course). Again, I’m not in charge and this all takes place in my Utopian society, but hey, I’m a dreamer.

24 Top Summer Hits Across The Globe