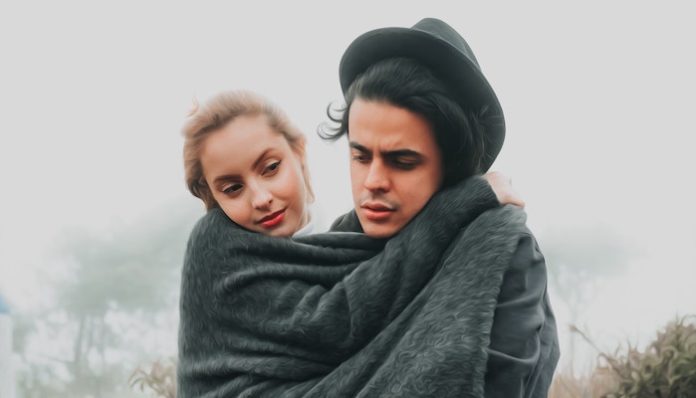 My husband and I joke that we might be two of the most fertile people on the planet, because we get pregnant without even trying.

(And the second time, we were actually actively trying not to get pregnant.)

After having two babies relatively close together (they’re 19 months apart), we both decided my husband should get a vasectomy.

My body was exhausted from growing and feeding babies for the past three years and the thought of another surprise pregnancy scared the crap out of me. I was worried I didn’t have anything left in me to grow and care for another baby so soon after my son’s birth and I never imagined myself as one of those three-babies-under-the-age-of-3 moms.

Clearly my body and my mind were not on the same page, though, since getting pregnant again quickly felt like it was a forgone conclusion unless we went for a more permanent (and reliable) solution.

We could’ve opted to use a different, less permanent form of birth control like the pill or an IUD, but I’d had several bad experiences with hormonal birth control methods. (They made me really sad all the time and didn’t think my already hormonally-charged postpartum emotions could handle it.)

The other thing that swayed us to go with the vasectomy was that we recognized that we both had uncontrollable baby fever, even when it made zero sense —  like when we were in the trenches of grad school and law school. We were all “Let’s do it!” and nine months later we had our first child.

I knew if we didn’t take a permanent step to prevent having more kids, we would inevitably have more even though I couldn’t imagine my life, at the time, with three or more kids.

There were factors to consider like the fact that I drive a Prius and we have a small house and college tuition and car insurance. All of it was so overwhelming to think about and my brain was telling me: No. More. Kids.

But I knew my hormones would eventually take over and convince me to go for it.

So when our youngest was almost seven months old, we scheduled the vasectomy appointment. A few days later, the prospect of any more offspring was no longer on the table.

At first, we were grateful at first to be able to have sex whenever we wanted and not worry about having another pregnancy. We both continued to feel confident in our choice for about a year … and then things began to change.

Several of our close friends starting having babies and a few were even on their third or fourth pregnancy. We’d watch them and think, “We could’ve done that,” or dream about how fun it would be to be one of those huge families with lots of children and grandchildren.

I’m often a little sad my daughter will never have a sister and my son will never have a brother. Plus, now that my daughter is a little older, I love watching her develop nurturing tendencies with her baby dolls and I catch myself wishing I could see her have that big sister “mothering” relationship with a younger sibling. She asks me sometimes when I’m going to grow another baby in my belly and is disappointed when I tell her I’m done.

I even went so far as to Google “vasectomy reversal” and was shocked at the price which ranged from $5 to $12K – not to mention the fact that there isn’t even a guarantee it would work.

A vasectomy reversal involves reconnecting the vas deferens tubes which were cut and cauterized when the vasectomy was performed. The longer it has been since you had the vasectomy performed, the less likely it is to be successful. So if it’s been more than three years your chances of conceiving are about 50%.

So, at this juncture, we’re just going to have to deal with the decision we made and trust that we put a lot of thought into it. I look forward to getting out of these childbearing years and hopefully getting a better handle on these pesky hormones that keep telling me: procreate! procreate! procreate!

We’ve also considered adopting but that is a decision we want to take our time with to make sure that it will be right for our family. There are so many hoops you have to go through to adopt these days and we are still in the throws of parenting pretty young kids so we want to be able to put all of our focus on that process if we decide to go down that road.

7 Reasons To Fall In Love With A Girl Who Drinks...