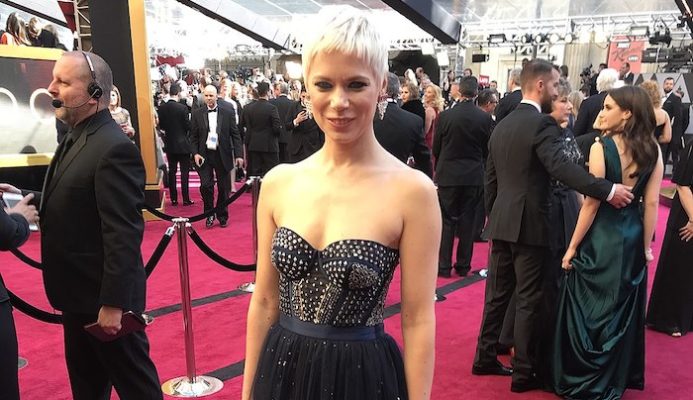 The women at this year’s Academy Awards were impeccably dressed in simple silhouettes, pastels and statement necklaces. Their elegant ensembles are stark opposites of what we wear on our most important nights like formal and grab-a-date. We 20-somethings go for skin-tight, short and skimpy – not tailored, sophisticated and chic. As I watched the celebrities glide down the red carpet, I was surprised at how many of them looked absolutely flawless – this awards season has truly been one of the best in terms of fashion. But there can’t be perfection without some fashion faux pas. Allow me to take you through some of the best and worst looks of the night:

First of all, why was Biel even at the Academy Awards? I’m pretty sure her last even remotely successful film was I Now Pronounce You Chuck and Larry, and that was seven years ago…Despite her washed-up career, she still knows how to work the red carpet. This strapless, blush pink and purple duo-chrome dress shined on camera. With every move Biel made, the dress gave off shimmering glimpses of yellow and blue accents. The silhouette of the dress accentuated Biel’s killer body, hugging her figure in just all the right places. Her diamond bracelets, necklace and earrings complemented the iridescent dress perfectly.

This dress is a huge improvement from Wilde’s emerald green Screen Actors Guild Awards dress, which made her look like a slimy, pregnant lizard. The slimming black fabric with a pop of white in the back cascaded beautifully over her baby bump, emphasizing it yet hiding it in the best way possible. The combination of the high neckline and the soft updo gave Wilde the old Hollywood glam look.

Kendrick should take a page out of Wilde’s book on how to wear black to the Oscars. Kendrick’s dress just has too much going on: from one shoulder to mesh to a bare midriff to red detailing to a leg slit – the dress just needs to do less. My main problem was the leg slit: Kendrick isn’t a tall person in the first place, and the height of the slit just makes her leg look awkwardly short and stumpy. Sew up that slit, and the dress would instantly look better.

Blanchett’s nude, jewel-encrusted gown was everything. The color of the dress blended so perfectly with her skin that it looked like her skin itself was covered in diamonds. Remember how hot Britney Spears looked in that nude, diamond-covered bodysuit in the “Toxic” music video? Well this is how that look is done in a classier, more publicly acceptable way. The applique flowers cascaded down the dress with the illusion that they were floating on the surface of water. The fuller bottom of Blanchett’s dress balanced the more fitted bodice. She kept her jewelry simple enough to let the gown to stand out on its own.

First off, if Lawrence is going to continue to represent Dior on the red carpet, someone has got to teach this girl how walk in heels. I mean seriously, last year she tripped going up the stairs, and this year she tripped over a traffic cone almost immediately after she got on the red carpet. But that’s beside the point. This strapless, blood orange peplum dress was underwhelming. All we ever see Lawrence in are dresses like these: strapless, fitted at the top with some type of flare at the bottom. Yawn – I’m bored. Don’t get me wrong, she looked great; however, it’s just time for her to do something different. If Dior keeps limiting her to these types of dresses, it’s going to get really old really fast.

Long gone are the days of innocent Princess Mia Anne Hathaway. She’s transformed into a stuck-up brat with a god-awful haircut who needs to eat a sandwich. This dress was just another reason for people to hate on Hathaway. The top looked like a disco ball suit of armor, while the bottom looked like a traditional black gown. It looked like Hathaway chickened out of wearing a glitzy dress halfway through the design, so the bottom half is super plain to make up for the top. The high neckline style is also reminiscent of her 2013 Oscar look, so like I said with Jennifer Lawrence: change it up!

I’ve got to hand it to Adams on this one because she had the balls to style herself for the Oscars. The tailoring of this body hugging, deep navy dress was perfect, and its simplicity was stunning. It just goes to show that a dress need not be complicated to look amazing. It also goes to show that we don’t need to see her sideboob or nipples like we did in American Hustle in order to think she’s sexy. I know it might be hard to understand for you college girls, but sometimes you just have to leave something to the imagination. Adams’ red hair popped next to the blue of the gown, and she accessorized with a small burst of color in the earrings. This really was simplicity in its finest.

All hail the queen. Seriously, bow down. Nyong’o has commanded the red carpet this awards season, and this custom-made Prada number is no exception. The plunging neckline, empire waist and light, flowing sky blue material combined with her simple gold headband to make Nyong’o look like Grecian royalty. She rocked that headband better than Blair Waldorf ever could (sorry, Queen B). Her rich, chocolate skin looked velvety smooth and flawless next to the gown’s color, which Nyong’o said reminded her of Nairobi. This dress, combined with Nyong’o’s regal attitude, truly stole the show of the red carpet. Nyong’o herself stole the actual Academy Awards show in winning Best Supporting Actress for 12 Years a Slave.

If “Best Fashion Performance on the Red Carpet” was an Academy Award category, and all eight of these women were nominated, I’d have to give the Oscar to Lupita Nyong’o. The first runner up would be Cate Blanchett, and the second runner up would be Olivia Wilde. Sorry, Anna Kendrick, I wouldn’t even nominate you for the award. Who do you think were the best and worst dressed of the night? Defend your opinions in the comments below!