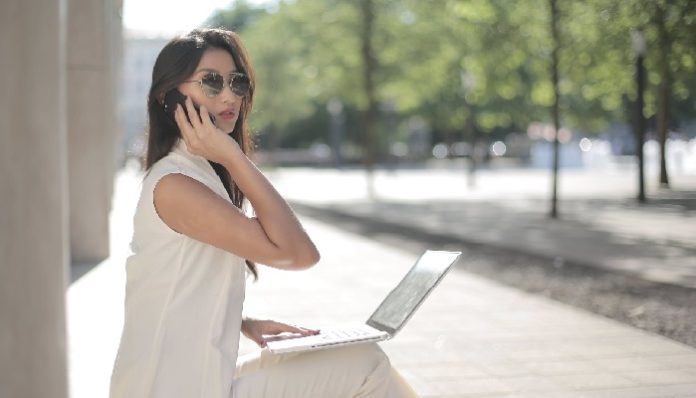 There are terrible things that happen to women in the workforce with a staggering frequency like sexual harassment, threatening job termination, and sexual assault. Then, there are the smaller, more every day derogatory and sexist statements or comments that we also experience in the workplace. Sometimes, they can appear minor or fly under the radar, but they are still considered sexist remarks or experiences.

Here are some of the most common sexist things said to women in the workplace. The personal stories are anonymous and depict these subtle, sexist remarks made by men and even women.

1. When you are asked if a man is available instead.

“In my law office, I’ve had plenty of people on the phone demand to speak to a man instead of me.”

“People asking if another vicar is available for wedding/funeral: ‘Nothing personal but we’d prefer a man.”

When people say this remark they are ignoring female employees and saying that women are not as capable as a man.

2. When you are accused of menstruation when voicing a firm opinion.

“My colleague had to chase up someone in another department for not meeting a deadline for paperwork to be submitted. When she went to speak with him about it, his response was: ‘Is it your time of the month?’ This is in a huge listed company. She’s a lawyer.”

Hostile remarks about women being too easily offended or exaggerating problems at work because they’re being overly emotional or PMS-ing are extremely problematic and creates an uncomfortable workplace for women.

3. The common stereotype of being mistaken for the secretary.

“Although I’ve been a senior figure in client meetings, when all other attendees are men it’s regularly expected that I’m the one to take notes and distribute drinks.”

“I am head of the fundraising department in the charity I work for. Every time I go to a meeting with the man in my department, he is greeted first, his hand is shaken first, and the conversation is directed towards him. Once, I was asked if I was there to take notes even after I had been introduced as the manager.”

When people make this remark, they are choosing to stereotype women into “women only” jobs, like being a secretary or grabbing coffee.

4. Having an idea ignored only to be repeated by a male colleague five minutes later to interest and applause.

“A female friend of mine in an office meeting proposed a logical, simple solution to a recurring issue. Blank stares from the group and a ‘We’ve never done it that way’ from the senior who is a female manager. A male colleague then makes the exact same suggestion and the room nods enthusiastically and congratulates him on the idea.”

“I attended a meeting last week where a question was posed. I knew the answer and told everybody: ‘The answer is yes, there is going to be a group assigned to do this.’ The chair of the meeting who is a man, ignored my comment completely and said to everyone: ‘I think the answer is probably yes, the board promised to work on this topic so I guess they will assign a committee.’”

When people say this remark, they are ignoring female employees and their opinions. It reinforces the idea that men are to be trusted and applauded, whereas women should just remain silent and prop up men.

These sexist beliefs are still deeply seeded within our social norms. Women and men are not aware of the extent of sexism in their lives. Men and women perceived these incidents differently, with men tending not to see the incidents as offensive or sexist, whereas women did. When women are made aware, they understand the negative impact, but men still need to be educated that any kind of sexism is harmful to women.

One strategy that is effective when dealing with sexist remarks in the workplace is to directly call out a sexist comment, but from the perspective of being on the speaker’s side, while focusing on doing good business. “Ooh, it kind of sounds like you’re calling our women customers dumb – it’s a good thing the rest of the team wasn’t around!” He replies: “What, are you offended?” You: “It does hurt my feelings, but I’m glad you didn’t say that in front of the team! Kind of a morale-killer. Maybe instead we should say something like…” Calling out a sexist man provides a certain stand up to the patriarchy feeling, but you really can’t say that to your boss. Instead, respond to your boss’ sexist comments with feigned confusion. “Wait, what are you saying about women and driving?” Your boss is now in the hot seat and has to explain himself.

It is true that we do live in the ‘Mad Men’ era, but the modern workplace is certainly still responsible for some Mad Men-style sexism. We can make a difference in the workplace by finding strategies to combat sexism. Let’s change the narrative together and try to remove sexism from the workplace.

6 Daily Life Skills I Wish I Was Taught In School

Why You Should Live With ‘It’ Instead Of Letting ‘It’ Go