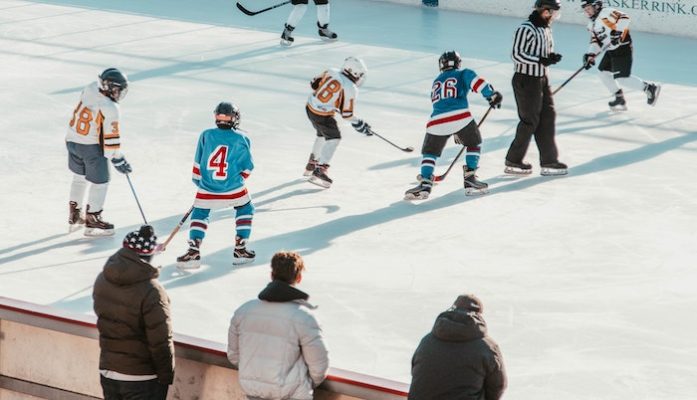 As a self-proclaimed hockey fanatic, nothing brings me greater joy than the months that make up the NHL playoffs.  In the midst of another exciting postseason, I thought it would only be fitting to write about my favorite sport in the entire world.  While many people don’t know the first thing about offsides or icing, we can all benefit from the universal life lessons hockey can teach us.

Life doesn’t stop for anyone.

Hockey is fast-paced.  You blink, and you miss something.  You take a take a puck to the face, you go to the bench and pull a tooth out, and you ask to be put back in the game.  Rich Peverley literally died for a few seconds on the ice and, after being revived, wanted to be put back in.  The game stops for no one, and life is much of the same way.  When you get knocked down, you get back up.

Hockey is not a sport for the faint of heart.  You have to be able to endure being thrown into the boards.  You’ll face giants upwards of six and a half feet looking to run you into the ice. You need to be willing to lay your body out in front of pucks to block shots— if you’re lucky, it won’t be Shea Weber’s 106 mile-per-hour slapshot.  Oh, and there’s the chance that you could get a high stick right to your eyeball.  These are all risks hockey players face on a game-to-game basis.   This doesn’t keep them from fiercely competing, though, and giving each game all they have.

Hockey players, as a whole, are good guys.  Very rarely are you ever hearing about NHL players facing criminal charges (cough, cough, NFL…).  Plus, they go above and beyond the PR stunts that other sports teams do.  Take last Halloween, when the Boston Bruins visited patients at the Boston Children’s Hospital dressed as characters from Disney’s Frozen.  Not many professional athletes— or grown men, for that matter— would don a braided blonde wig to make a kid smile.  Not to mention just acknowledging a fan at a game— waving, smiling, you name it—  can mean more to him or her than the player could ever know, and NHL players do these types of things almost routinely.

Stick up for yourself, and for the people you care about.

Hockey is practically the only sport that permits fighting.  Time and time again, hockey players will jump to the aid of a teammate in need of protection without a second thought.  It adds an element of excitement and intensity other sports lack.  I’m not saying go punch whoever gets on your nerves; however, it is important to know your limits and what you stand for.  Don’t let people use you as their own personal doormat, and don’t tolerate poor treatment.

One word: flow. It’s a magical thing, really, to obtain that perfect hair length. Do yourself a favor and look up a picture of Kris Letang.  Or T.J. Oshie. Or Henrik Lundqvist.  Or Patrick Kane, who singlehandedly tried to bring the mullet back.  All fine specimen to demonstrate the majesty that is “flow,” a staple of hockey players young and old.

Hockey’s more than just a group of guys skating around, hacking away at a puck (although, yes, they do do that).   It’s a passion, a way of life, a set of standards players hold themselves to.  It’s skill, it’s speed, it’s heart and soul.  It’s three 20-minute periods to improve and battle.  It keeps you perched on the edge of your seat, revelling in your team’s victories like they’re your own.  It’s a sport I’m proud to call myself a fan of, and one we could all use a little bit more of in our daily lives.