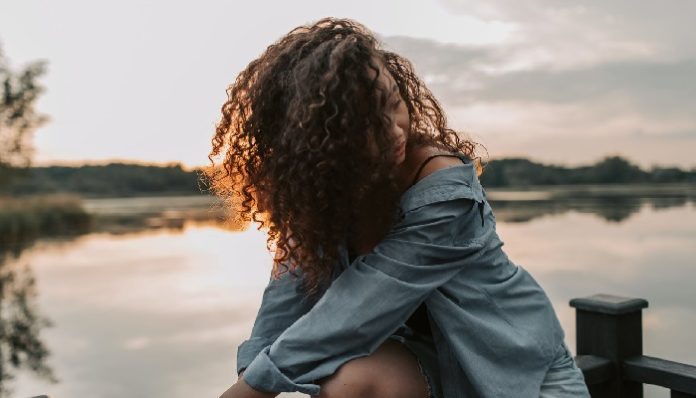 I grew up the daughter of a woman who was the definition of independent.

She held her head high in every situation – whether surrounded by a crowd of changing faces, or making her way through the crowd by herself.

As a little girl who wanted nothing more than to conquer the world with such grace, I found myself learning to grow independently as well.

There’s a quote from Mandy Hale that says “If you learn to really sit with loneliness and embrace it for the gift that it is – an opportunity to get to know you, to learn how strong you really are, to depend on no one but you for your happiness; you will realize that a little loneliness goes a long way in creating a richer, deeper, more vibrant and colorful you.” The more I read it, the more I find it to be true.

Being alone with yourself gives you a chance to become more self-aware. Being surrounded with people all the time never lets you figure out who you really are, outside of the validation you’ve always received from friends.

For the first time last year, I drove across three states – a total of almost 8 hours – completely by myself for a spring break trip. Granted, I had Ben Rector singing to me and a Build-a-Bear in the front seat, but other than that, I was alone.

At first, I was a little nervous. I’d only ever taken long road-trips like that with my family where I was surrounded by childlike laughter, dad jokes, and brother-sister karaoke for hours. But I realized, only an hour and a half in, that I could be just as fun of a road trip buddy to myself as anyone else would be.

I sang along loudly (and obnoxiously) to every song that came on in the radio without caring that I was at a red light and the person to my right was probably laughing at me.

I learned to talk myself down from my road rage when someone cut me off or when the GPS re-routed me and caused me to miss an exit.

I was able to think about where and who I was at that point in the semester without having to fight against a million opinions from friends and family.

I had a conversation with myself (as weird as it sounds, I actually had some very intelligent things to contribute on both ends) and realized a few things here and there about certain people, lessons, and places.

The thing is, you never really get to discover who you are until you learn to be your own company.

Take a day every so often and date yourself.

Buy yourself flowers, take yourself out to lunch (and don’t spend the whole meal on your phone talking to other people), go dancing, go grocery shopping – just do something without the following of other people every once in a while.

You just might learn to love your own self and you just might realize that your company is kind of the best company to have.