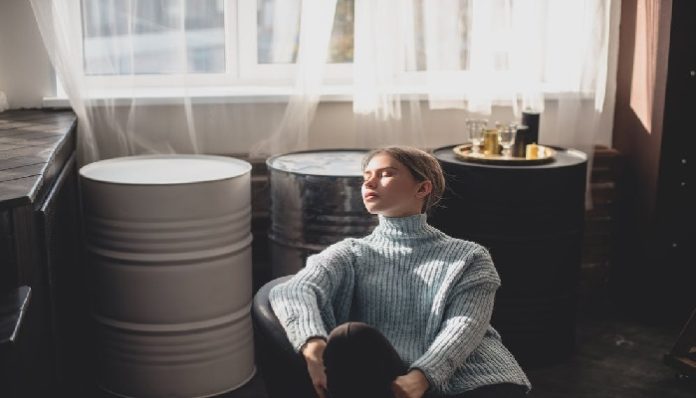 Coming from a place of mental illness, I can say that I occasionally get offended when I hear people make jokes about depression, anxiety, eating disorders, OCD, being bipolar, and so many other things. Someone who has never experienced what it’s like, probably does not realize the magnitude of what they’re saying.

However, it seems like 80% of the people I meet eventually reveal that they have some sort of mental illness. The amount of people who will talk about these mental illnesses openly is much higher than any past generation.

So, this raises the question: does everyone and their dog have severe anxiety, and if so, why? Or does the vast majority of the population not really understand mental illness, and therefore mis-diagnosed themselves? I’m going to put my personal opinions aside for a moment, and tackle the first question.

If every other person that you meet is suffering from crippling anxiety, then what does that say about our society?

I’m not foolish enough to believe that anyone enjoys their anxiety. Anyone that ACTUALLY suffers from severe anxiety knows that they would trade their right arm to get rid of their constant panic. I’m also not foolish enough to blame all mental illness on environment/atmosphere. So much of it is chemical, innate. But there is a significant amount of influence brought in from the environment.

However, I can’t ignore the second question. How much of this is misdiagnosis rather than  everyone having serious mental issues?

Before I move back to what I think may be the more important question in this specific article, I think that it’s worth mentioning that a lot of people have glorified mental illness. You’re sad one day and say that you’re depressed. You get scared and you say that you have anxiety. You’re particular about your morning routine and suddenly you have OCD.

We need to be aware of others struggles, and not glorify mental illness.

But, despite misdiagnosis, there remains the fact that there is a breakout of mental illness in our generation.

If ALL of us are so stressed and panicked to the point of breaking, shouldn’t we stop for a second, and think about WHY we’re so stressed?

I’ve been diagnosed with severe panic disorder and severe depression. This isn’t a self-diagnosis. I have had multiple doctors, psychiatrists, and therapists confirm, diagnose, and prescribe. I have a full understanding of my conditions (as well as one can, when dealing with mental illness).

I also understand my limits. I understand that I, personally, need a good balance of work and rest. If I were to quit my job, and rely on my husband to support us, my condition would not improve. But, I also know that working a full-time job, full-time school, commuting every day, and a part-time job, is too much for me to handle. Maybe someone else could handle that workload without cracking. And I applaud that person, because mentally, I break, daily.

And that’s why this generation is being referred to as the “Anxiety Generation”. We all knowingly push ourselves past our limits, causing us to crack. And instead of releasing the pressure and easing our minds, we power through, telling ourselves that we are fine.

I am more than guilty of this. We are all so riddled with “anxiety” that we lose our ability to function. The only solution, is to gain an understanding of your limits, AND THEN RESPECT YOUR LIMITS. Don’t push. Don’t push even once. Because you know the consequences, you know how you’ll feel, you KNOW what it will feel like to lay broken, but without the time to heal.

The Harsh Reality Of What Dating Has Turned Into