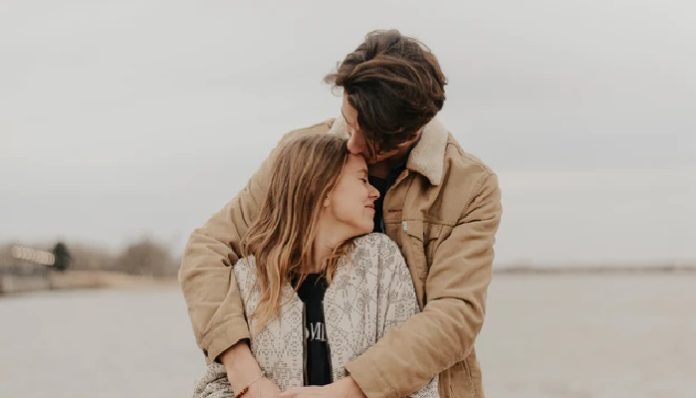 People think that abusers chain-smoke cigarettes in dingy wife-beater tank tops on dehydrated brown lawns and always smell like beer, or that they creep like cat-burglars, black leather gloves and all, into the rooms of sleepy little girls who are about to have a whole new kind of nightmare. This isn’t true. Sometimes they are just teenage boys from small towns with a tennis scholarship and the sweetest of smiles.

I met Tim two weeks before my 16th birthday and I knew, in that funny, unquestionable, incessant sort of way, that he would change my life. I loved to look at him. He had these eyes, these incredible eyes, such a saturated blue that if you really looked into them you would swear that you were on a beach in some Caribbean paradise, staring straight on into the turquoise shore. He was an athlete, and you could tell that from his body; there was an easy way to which he moved, and even in stillness he seemed to have no limits. We had fluid conversation, which soon turned into long nights on the phone and longer days waiting to see him again. When we started “hanging out,” as the kids call it these days, we didn’t load up on popcorn and snuggle into a couch for some Netflix; no, we did Chinese fire drills in the middle of empty highways, broke into abandoned buildings and spray-painted our favorite quotes on the walls, climbed to the top of baseball cages and talked for hours under the stars.

He was adventure, and intensity, and insatiability, smart and wild and whole. I had been a sad, quiet girl, whose main struggles with depression had just come to a close. I thought that he was what I needed.

I had friends then; don’t get me wrong. I was periphery popular, and I had stuck to the same group of girls for a several years. When we started dating, he began to ask me why I was friends with them. “You’re too good for them,” he would tell me, “too pretty.” Too smart, too kind, too naïve. Then it became, “I don’t like them. I don’t like how they take advantage of you.” Did they take advantage of me? He knew that I believed every single word which came out of his goddamn mouth. I began to distance myself from those girls, and, surprisingly to me, they put up no fight. Some of them told me afterwards that they knew something was off, that something was wrong, and still, they let me leave. I don’t ever think I’ll really forgive them.

Is letting someone leave as big of a crime as leaving?

The first few months were a dream. He would keep me up at night, telling me all the little things he loved about me: how my eyes widened when I was happy, how I had three different kinds of laughs. And honest to God, I thought it would last forever.

I don’t even remember the first time he hit me.

I do remember the afterwords. I remember tasting blood in my mouth and I remember being afraid. I remember how shocked he looked at his own actions, how his eyes filled with tears, how he took my hands and said “sorry, sorry, I’m sorry,” over and over and over, how I couldn’t respond because I was too stunned to speak. I remember that I let him kiss me. I remember that I was sad and I was scared and that in the absence of anyone else to turn to, I let him sink down to the floor with me and hold me while I cried. The shrinks, they call this “traumatic bonding,” and no, I don’t know this because I had the guts to cut myself open and spill my story out to ever-sympathetic ears, but because Alpha Chi Omega’s philanthropy spreads awareness about dating violence, and damn, do they do a good job of it.

It wasn’t all physical, either. All of those things he once said he loved about me? Yeah, not any more. My wide eyes became a symbol of my stupidity, my three laughs became evidence of my shallow self. I wasn’t beautiful, I was disgusting. I wasn’t free, I was trapped. He would tell me that no one would ever love me but him, that I wouldn’t be okay without him. We were drunk on a Saturday night when he said how easy it would be to run a knife across my throat or a car over my body. He said this because I had gone to a party and didn’t let him know. Loads of you out there think that the hitting is the worst of it all…

But I would’ve taken every single blow three times over if it meant having never heard his hurtful words.

People ask why I stayed and why I didn’t tell anyone, but if you think about it, where would I go? Who would I tell? He was a star athlete in a small town and I was a little girl who had gotten in way over her head. Tell my parents and it would blow up, a scandal like none other, and what 16-year-old wants to be a victim in the public eye? Tell my friends and…oh, wait, what friends? I was young and I was abused and I thought that it, all of it, was love. I had watched movies, read books, and believed wholeheartedly in the drama of love, the trauma of love, the roller-coaster, hurricane-wind, all-consuming intensity of love. There are a lot of girls out there who, like I once did, think that love is supposed to hurt.

It is currently three years after the fact and those three years have been chock-full of trying to forget any of it has really happened at all. I’ve had more boyfriends, more broken hearts, and to my mother’s dismay, more sex. I’ve had more best friends, better friends than I could have ever thought possible. And yet I still wake up in a cold sweat sometimes because I saw him in a dream, and my heart beats three hundred times faster in my chest if I see the ugly color of his car zooming down the road…even if I know that that car carries another person, another life.

I don’t regret Tim, because without him I would be another person. I would have another life. He isn’t a choice or a decision that I feel I really can regret, regardless. He is just a memory.

Keep in mind, folks. I got out. But lots of people aren’t this lucky.