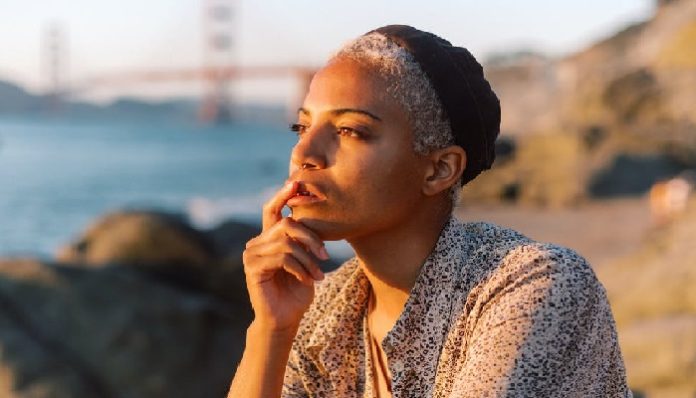 “Breaking up is hard to do.” There’s the sadness, anger, and sometimes even betrayal that comes with the end of a relationship, but there’s more to it than feelings. After you get through the initial issues, there’s the inevitable issue of moving forward and the competition of sorts to see who ends up happiest first. Even when you breakup, social media makes it easy to keep track of each other’s lives and compare them to yours.

So when you find out that your ex has moved on with someone new, it can sometimes blind side you when he doesn’t do what you want him to be doing. If it’s ever happened to you, you know the 6 stages we all go through when he moves on first.

“What? Where’d you hear that? That’s obviously just a rumor.”

Your friend tells you what she’s heard. He’s dating someone else and you are just not willing to face it at this point. Deep down you know it’s probably true but you’re going to deny it until it stops being true.

“What the hell? How is he in a relationship already? We just broke up.”

At this point, you’re mature enough to know you can’t pretend she doesn’t exist but not mature enough to accept that you really don’t have a say in the matter. By now, you’re pissed off. You’re mad at him, at her (even though you’ve never met,) at yourself, and probably slightly at your innocent friend who just happened to be the bearer of bad news.

So, now that we’ve acknowledged this is happening, we’re going to have to explain it to ourselves in a way that he’s an idiot, she’s naive, and no one is going to be living happily ever after. Surely it’s too soon after your breakup for him to build any sort of real relationship with someone else, so this will all blow over in about a week.

“Look up her Facebook. I bet she’s super unattractive.”

Sometime, for some unknown reason, your annoyance is going to shift to the new girl. Despite that you know nothing about her and there’s a chance she doesn’t even know you exist, she’s obviously responsible for how you’re feeling. You’re going to start looking for reasons she’s inferior to you even though you normally would never tear another girl down. It’s a compulsion that you can’t help but will hate yourself for later.

Now that you can’t find enough reasons to hate the girl, you’re going to explore other options. Naturally, revenge will come to mind. You’ll just go out and find someone new too. Someone better than him. Maybe even someone he knows; there’s no stopping you once you’re on the payback tangent.

The final stage, you are just going to have to put on your big girl pants and get over it. You can’t stop him, you can’t blame her, and you can’t control where you’re at in the healing process. The only thing you can do is let it go. The time will come when you move on too and it will be every bit as wonderful as you hope.

Once you’ve completed the 6 stages, your friend will put down her bag of popcorn and the two of you can hug it out and open a bottle of wine. Relationships are tough and everyone gets a little crazy about them sometimes. Don’t forget you’re a badass b*tch and right now is the time to do what makes you happy, no matter what or who he’s doing.

Why Sometimes You Need To Just Kill Them With Kindness