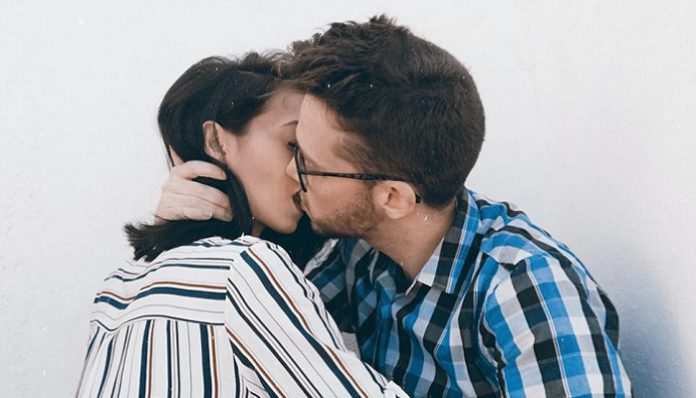 If there’s one thing movies and TV shows from the 90’s and early 2000’s have taught us is that ladies are supposed to wait 3 dates until they can have sex. Times have changed a bit and the debate goes on and on. Yet, is there still a standard as to when it’s okay to do it? I interviewed 3 guys about when it’s okay for women to put out.

Does it matter to you *when* girls put out?

Guy A: No I don’t think so. Depends on how close you are.

Did it matter when you were younger?

Guy B: It did, because when you’re 17 most guys just wanna hit it and quit it. And at that age you’re so immature and think about what your friends are going to say about your kill count. So you just try to get with as many as you can in a short time period because you think that’s what you’re supposed to do.

Guy C: It’s not so much when they put out that mattered, it was what your friends thought about how long it took you. Personally I didn’t really care too much, but my friends did.

How has it changed over the years?

Guy B: It’s hard to explain. After University I realized that a girl needs to be comfortable enough with me to be able to do it. I’ve had situations with girls where they initiate and it’s consensual and right afterwards she tells me she regrets it. So now I let her be the one to decide. I’m always going to be a “yes” man, and that’s never going to change.

Do guys like the chase of getting a girl to sleep with him and why?

Guy A: Yes! Why wouldn’t you want a girl to sleep with you? Sex is better than no sex!

Guy B: What guy doesn’t? It’s hot when they want you too and keep you wanting more.

Guy C: Hell yes! It’s so sexy the way they tease you each time you do something together, and it’s encouraging. Although their mood can change and that’s just a buzz kill and leaves you wondering what happened.

Do you like when girls initiate for the first time?

Guy A: Once in a while, but not always. I won’t always want to and some girls are way too freaky in bed to be starting it at times.

Guy C: It shows they have an urge and an interest so yes. I don’t mind doing it though.

Guy A: If it’s a potential girlfriend than it shouldn’t matter. If it’s a friend with benefits then sooner rather than later. I’d wait a month, possibly 2.

Guy B: Absolutely. I’m willing to wait for a girlfriend type girl, otherwise if you say you want friends with benefits too (and it’s communicated clearly) I’m only going to wait for so long. Everyone has to be comfortable, but I can’t keep waiting. It makes me think they want something more and if I say I don’t, I won’t waste my time and break her heart after we had sex.

Guy C: I’ll wait as long as they want me to, especially a future girlfriend. I respect women enough to wait until they’re ready.

How can a woman tell if a guy is only looking for just sex?

Guy A: Asshole half the time, they barely talk, never hangout or hang out just at someone’s house.

Guy B: I was guilty of the late night texts and being inconsistent with my messages to her. Gotta shoot ‘em a text to let them know I’m still interested, but not too often because it gives them the wrong impression.

Guy C: Sketchy behavior is the biggest sign. If you have to question someone’s intentions constantly then you’re more than likely being “used”.

With that being said, when how long should you wait until having sex with a guy? The real answer is: Whenever you feel like it. There shouldn’t be a standard to indicate when that step of a relationship should take place. If you’re comfortable with hooking up right away, go for it! It’s your body and you can do whatever you want to/with it. If you’re not ready and someone else says you should disregard your feelings and just go for it, don’t listen. Only you can tell yourself when you’re ready for something, don’t take anyone else’s suggestions over your own.

Featured image via Dealakshmii on Pexels