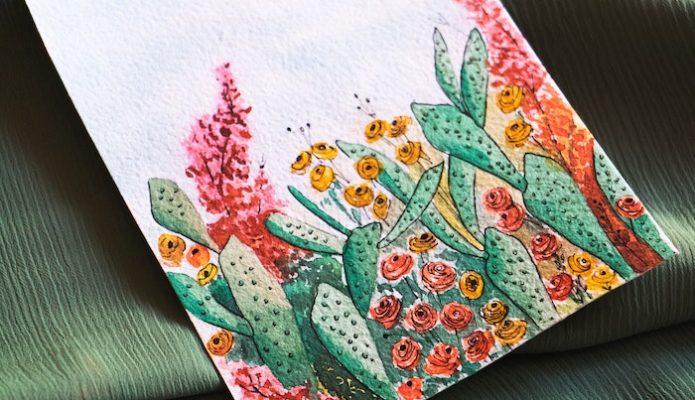 “I’m fine”; a saying that would be a vast majority of humanity’s last words would probably be if the world was ending, literally ending.

I’ve seen people go through some difficult, sometimes even horrible, situations. I’ve gone through difficult, sometimes even horrible, situations. Death of a loved one, financial problems, failing an exam, failing a class, being broken up with, getting fired, rape, abuse, even something that seems mundane like just simply having a bad day – the response is always the same, “I’m fine.” I do this, men do this, women do this, adults, college students; it doesn’t matter. Everyone does it.

Since when did we start thinking we had to be “fine” all the f*cking time? Honestly, do we really believe people will love us a little less if we admit we need help or support? Are we afraid of “bothering” someone with our feelings? I’m asking you these questions, as well as myself. I’m guilty of hiding my feelings from people around me for the sole fact that I don’t want to “bother” anyone with my issues. It’s not even noon yet and I’ve managed to say “I’m fine” at least 5 times already today.

Here’s the definition of “fine”: of superior or best quality; of high or highest grade.

So if you ask me, feeling like you were just emotionally punched in the stomach and your heart feels like a weight is resting on it, you aren’t “of superior or best quality.” Thanks to the way the world is, society has done a really poor job with feeling comfortable opening up emotionally. Men are taught to be “fine” because they need to constantly be strong and being anything less than okay shows weakness; which is unacceptable. Women are taught to be “fine” because being anything less than okay is unattractive and makes you look like a Debbie-downer; which makes you look desperate for attention.

I can tell you right now; whenever someone says, “I’m fine,” they most definitely aren’t fine. As a society we don’t know how to react to other people’s pain. We usually fall back on saying “It’ll get better!” or “Everything will be okay.” Though there isn’t necessarily an issue with saying these things, because we do mean it in the most encouraging way possible; the issue lies within the fact that we say these things because we hope they’ll appear happy on the outside so we don’t have to worry about them anymore.

Just because we use “I’m fine” to mask the truth and pain we are feeling, doesn’t mean everything will work itself out and go away because we choose to ignore it. Shit, I could’ve won an Oscar for the amount of times I’ve pretending I’m okay, but that never solved my problems.

We can only suffer on our own personal scale; for example, if being broken up with is the worst thing that’s ever happened to you, you can’t measure it against someone else’s trauma. What we can have control over is empathizing with someone else’s level of suffering. Yes, others have suffered worse than that. I’ve suffered worse, and you probably have too. But it’s not our place to say “get over it, it could be worse.” You’re right, it really could be worse. But they can’t imagine it.

Here’s a really simple piece of advice that I’ll leave you with: we need to take turns loving each other. If you are content at this moment, show love to the people around you, regardless of what emotional/mental state you think they’re in, because we’re really awful at saying when we need help. I’m also guilty of this. If you are not fine, for whatever reason, no matter what you’re going through, don’t feel guilty or blame yourself. You should not belittle your problems.

I don’t know how you are doing right now. Maybe you’re doing really great, and if so, that’s great! There is no benefit to feeling guilty over that, either. If you’re not doing great, remember you aren’t alone. I don’t know what you’re going through, but I am so sorry you’re hurting. I’m not going to be just another voice and tell you it’ll be okay or everything will get better. But I will remind you that you are so loved and you’re important to a lot of people. These two facts will never stop being true, no matter what anyone says or what you start to believe. Just remember, it’s okay to not be okay.

10 Moving Tips You Need To Know Before You Start Packing