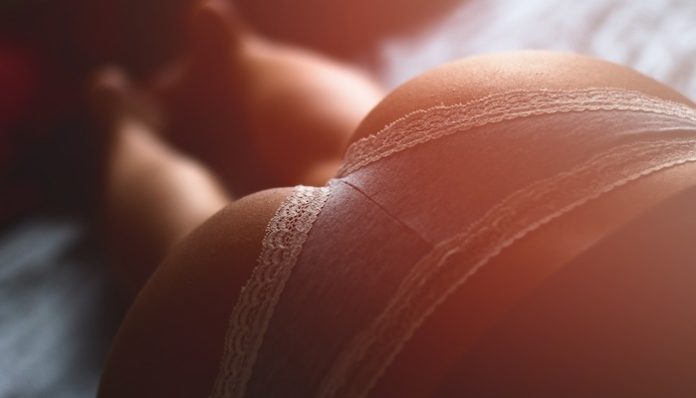 Everyone always talks about a boob man since most men admit to belonging to this category. You can almost immediately tell whether someone’s a breast guy by where his eyes fall during the conversation. However, when you finally get down to it, the ass man is the one who gets all the fun in terms of sex. There are so many positions that feel good for her but look even better for him.

Here are the best sex positions to do with an ass man to have him finish in minutes.

Instead of riding him while facing him, turn around and face the opposite direction — bonus points if you do it in front of a mirror. He’ll love seeing your booty bounce on him and he’ll definitely give you the reaction you’ve always wanted.

Similarly to reverse cowgirl, get into the position facing away from him as if you were to give him a lap dance while he sits on a chair. In this position, you can grind your hips on him and tease him before he enters all while keeping it hot and steamy for any roleplay scenarios you might have in mind.

Lean your body against a wall while standing and have him give it to you from behind. Since you’re standing, your bum will be in a fairly relaxed position (unless you’re on your tiptoes). It’s intimate, steamy, not as common, and perfect for having sex in public too — if you really want to get frisky.

Instead of standing and having him thrust in you from behind, bend over the bed so your chest is resting on the sheets. If a bed isn’t available, you can always use whatever ledge is nearby to prevent you from toppling over.

Although it may not include penetration, it’s still ideal for an ass man — especially if he loves giving oral. Sit on his face (but don’t put your weight on him fully) while facing in his direction so his hands can come up to grab, squeeze and spank your bottom. He’ll love tasting you and grabbing a handful. Plus, you’ll get oral, and who doesn’t love that?

It seems traditional but getting on all fours to let him have his way with you is just too good for an ass man. It’s also a great position if you enjoy being dominated by your man or have him get rough with you.

Lay flat on your stomach and have him settle in between your closed legs. A lot of men love this position because it’s super tight and they get to see and feel your bum in all its glory. What’s more, you don’t have to do much other than lay there and enjoy it.

The best cuddling position can also be one hell of a sex position. He can slide right in from behind and hit your favorite spots from different angles. It’s super intimate and steamy and will definitely give him access to every inch of your beautiful body.

Thankfully for women, being with an ass man in the bedroom is fairly easy since not a lot of the positions listed above require much effort from the lady. So you get to get tossed around a bit, be involved in some ways and enjoy the ride while he enjoys being fully at your disposal. And trust me — a lot of these feel amazing.

Remember This When You Feel Like Nothing In Life Is Going...

5 Reasons To Justify Your Addiction To Starbucks