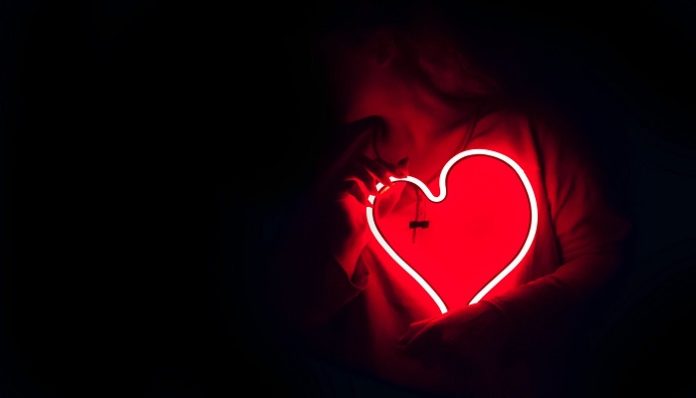 Jamming out in my car to the jumbled noise that is Pharrell and Iggy Azalea on the radio, I stumbled upon a song for the first time. The background had a mellow beat and the singer’s voice was delicate, yet what really caught my attention were the lyrics.

The song was “The Worst” by Jhene Aiko.

As I clutched the steering wheel and zoned in on the words, which are directed to an ex-lover, I began to think about the issue between making decisions with our mind or our heart, especially when it comes to relationships.

From past experiences, I know that what I should do when dealing with an unhealthy, back and fourth relationship or hook-up is almost always competing with what I want to do. When it comes to that guy you’ve had a thing with for, let’s face it, far too long, when is the right time to end things…for good?

Aiko’s lyrics repeat the phrase, “I don’t need you” followed by the statement, “but I want you.” As the song continues, she sings, “Everybody’s like he’s no item. Please don’t like him. He don’t wife them. He one nights them. I never listen though. I should have figured though.”

In today’s hook-up culture, which has inspired many blog posts from frustrated girls with broken hearts, it is easy to get wrapped up in a guy who won’t commit. In our heads, we obviously know that this is wrong and we know that we want and deserve more. But the sad reality is, even though we don’t mean to, we still fall for these guys over and over again. We still take them back and forgive them, knowing full well that the cycle will continue on until we gain the confidence and self-control to stop it. Why? Because we genuinely want to believe that he has changed and it will work out. We make excuses and build him up in our heads, filling our imagination with sceneries and expectations that, most likely, will never be met.

Everyone, from friends to family members, eventually gives up on giving advice, blaming the girls themselves for their heartache instead of the manipulations of the guy. Yet, when it comes to the competition between our mind and our heart, the latter almost always wins out. The desire to be loved and wanted overcomes the rational thought of being treated with respect and dignity.

No matter how many episodes of Sex in the City tell us that the Mr. Big of our lives can eventually change, there comes a point when we have to ignore what our heart is saying and listen to our minds. Even though ignoring feelings and desires is the most difficult thing to overcome, it is the only way to fill the lonely void that, whether we admit it or not, is growing deep within us. Even after we let him back in (despite the knowledge that we shouldn’t), that same old, empty feeling never really goes away, a constant and silent reminder that we deserve more.

As Aiko’s poignant lyrics point out, “You weren’t special till I made you so.”

Only you have the power to control who hurts you and who doesn’t. Remember that for the next time you find yourself battling between your head and your heart and follow your head.

Featured image via Designecologist on Pexels

How To Stand Up For Yourself After Getting Stood Up