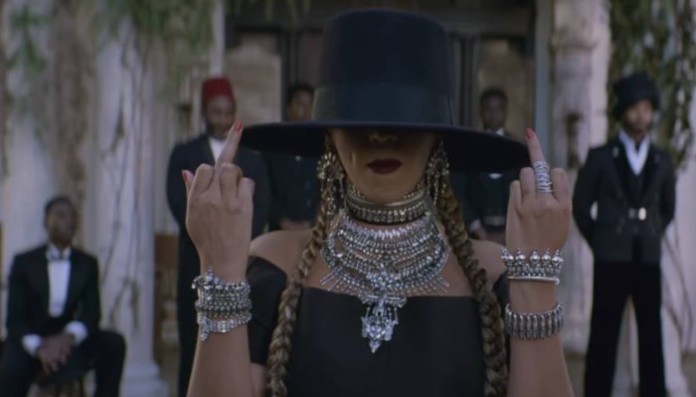 Growing up as a girl, you’re often told there are certain things that shouldn’t be talked about. Instead we are told to keep a good face and be a well-mannered young lady. While this isn’t any one person’s fault, many of us keep these ideas in our head as we become adults.

Because of this, a lot of girls have become ashamed about embracing their true selves. It’s the 21st century, for crying out loud, and it’s time to stop worrying, stop apologizing, and stop caring about what people think.

So ladies, here are 8 things we all need to stop being ashamed about:

What’s your usual answer when somebody tells you ‘You look amazing today!’? I’m guessing it’d be something like ‘Oh no, maybe it’s just this foundation’ and an awkward laugh. Why are we so embarrassed to have somebody compliment us? It doesn’t make you stuck up to acknowledge one, so just say ‘Thank you’.

We have to suffer a quarter of our adult life with blood pouring out of our body, terrible cramps, and our body just not listening to us. Yet somehow, we’re too embarrassed about it and feel the need to apologize to everybody else for having to go through it! Stop feeling bad about having your period, it’s just a part of your life and you never, ever need to feel ashamed about having one.

According to the old cliché, men who have a lot of sex are heroes, and women who have lots of sex are sluts. I can assure you, you’re not a slut if you love having sex. It’s your body and your sex life! You should be able to enjoy sex without being ashamed about what people may think about you. On the other hand, if you don’t like sex, that’s fine too. Some people just aren’t into it, and that’s okay. Don’t ever let anybody make you feel weird because you don’t want to sleep with them.

I have a secret to tell you: Women fart too.

It’s a cringey subject to the best of us, but it doesn’t mean you have to pretend you don’t have the same bodily functions as everybody else. If you happen to let one rip, just say “Pardon me” and be done with it. You don’t need to start gushing apologies and trying to blame it on a soda you had.

I’m a woman, and I like beer, rugby, and video games. I’ve been told on many occasions I’m such a guy, but why? They may be things that are popular amongst men, but it doesn’t mean only men can enjoy them. I’m not ashamed of being ‘one of the guys’, but it doesn’t make me any less of a woman.

As a bit of an addict, I love wearing makeup. I wear it anywhere, just because I can. But I’m told on a daily basis that I’m ‘fake’ or a ‘tart’. Why should I ever apologize for looking the way I want to? On the other hand, women who don’t want to take an hour out of their day to paint their faces shouldn’t feel like they need to make themselves up if they don’t want to. Whether you like makeup or not, you can show your face however you want to. As long as you’re happy with it, that’s all that matters.

Take a bit of inspiration from Queen Bey: