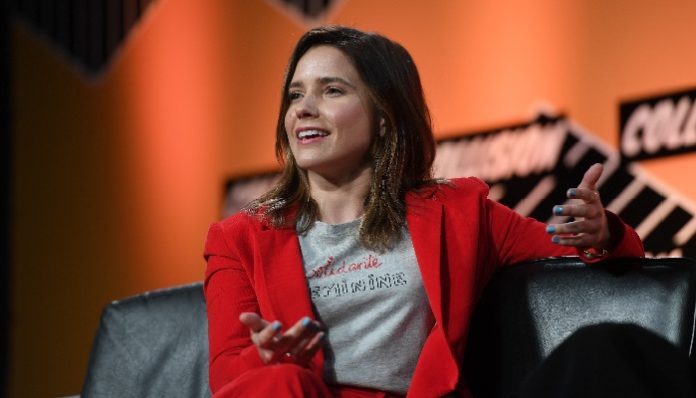 Do you ever have those days when you feel like all the efforts you’re making to have a better life are being ignored? Well have no fear, you are not alone! I will be the first in line to tell you that I feel the same way! There are so many prominent women in our world that are going above and beyond, year after year making as much change as they can possibly muster. So, I decided to create a list of inspirational female celebrities that are conquering the world and still have time for the big screen. Just like all of us, they’ve hit bumps along the way. But just like them, we will overcome our hardships and tackle challenges with strength. So even when it feels like our word is in slow-motion, remember that you can succeed, too.

Here are 5 bad ass women that we could all take a lesson from to help us feel powerful and show no fear:

Brown University graduate, United Nations Women Goodwill Ambassador, feminist advocate, AND Hermione Granger. Emma Watson is showing women across the globe that if you work hard and stand up for your beliefs, people will listen. In September of 2015 she gave an extremely moving speech to a group of international feminism activists. When she was asked to avoid using the term “feminist” during her speech, she made sure to use it. After all, as our dear friend Hermione Granger would say, “fear of a name only increases fear of the thing itself.”

Born in Pakistan, Malala faced many hardships in her early life. Despite being so young, Malala became an advocate for female education when the Taliban created regulations banning females the right to study. After the Taliban’s attacks on female schools, Malala spoke publicly on how her right to education was being taken away, this act of passion issued a death threat against her. She was shot by the Taliban and thankfully survived, but this act of violence did not scare her. She continued to speak publicly on the behalf of education. In 2014, when Malala was just 17, she was nominated for a Nobel Peace Prize and WON, becoming the youngest person EVER to have received the award. Take note of Malala’s passion and drive and learn to fight for your beliefs with confidence and love.

You probably know her best from her time as a sassy pregnant teen in “Juno”, or maybe from her role in “Inception”, but you should really know her from a speech she gave at the Human Rights Campaign Inaugural “Time to THRIVE” Conference in February of 2014. At this conference, Ellen realized the overwhelming standards that the acting industry places on people old and young, thus she used it as an excuse to admit something. Ellen revealed to the crowd and the world that she is gay. She called upon the strength of others to reveal her true self and to encourage others to do the same. So, Ellen, thank you. Let’s create new social standards and fight for a world where everyone can be their beautifully true self.

She plays Maz in “Star Wars: The Force Awakens”, she won an Academy Award for 12 Years a Slave, she directed, edited, and produced a film for HIV awareness in 2009, AND she’s a fashion icon. I mean really, could you find a better inspiration? Lupita was the recipient of the Essence Magazine Black Women In Hollywood Breakthrough Performance Award in February of 2014 and gave an empowering speech on embracing the color of your skin. She spoke of a time when she felt self-conscious and ugly for having such dark skin, but countered these old feelings with a new view of herself. She stated, “you can’t rely on how you look to sustain you. What actually sustains us, what is fundamentally beautiful is compassion for yourself and for those around you.” And boy, have we seen how compassionate Lupita can be. Let those confident flowers within you bloom and spread love to everyone and everything.

Just like her character from One Tree Hill, Sophia Bush is a motivated individual. She’s an active feminist, often taking to social media to support women’s rights through the hashtag #SmartIsSexy, and an advocate for “I Am That Girl”, a campaign that supports self-love. She also has her own perfume line, i smell great, where she is donating one dollar from every perfume sold to help women around the world receive an education, In 2010 Sophia fought Urban Outfitters after they revealed a shirt which read “eat less”. She urged her followers to boycott the company and demanded they apologize publicly. Sophia is the strong-willed female that girls everywhere need.

These talented and strong-willed female activists are working as hard as they can to create a brand new world… A world in which feminism is no longer a necessary word, education is a given right, sexuality is no longer a thing of fear, and beauty is seen in us all. And remember, these are only FIVE of a countless number of women creating inspiration everyday. So when you feel like your hard work isn’t worth it, don’t give up. Go like the wind and play your part. Take a deep breath and fight to be the greatest YOU possible. After all, there’s only one you.