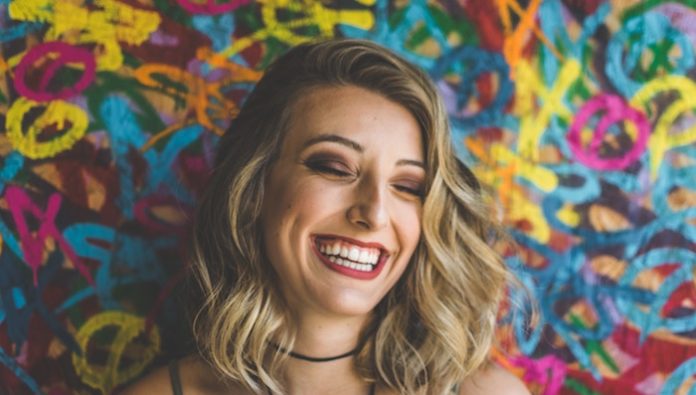 We all have moments in our lives where we try to fight reality or hide the truth. Sometimes, we do it in order to protect others; sometimes we do it to save our own skin. The thing is, though, we can’t conceal the veracity of who we are forever and be at peace with our lives. The longer we fight, the more we prolong accepting and sharing the truth, the more extensive the damage will be to repair.

I had my first crush on a boy when I was 9, his name was Kyle. He was astonishingly intelligent, mind-blowingly cordial, and I can still remember his warm, genuine, gorgeous smile to this day. I got butterflies in my stomach every time he would sit next to me for our math pullout group (we were both “smart kids”), and when he’d ask to borrow a pencil I’d get all tingly inside, feeling like I’d been shoved into an oven. I loved it and hated it all at the same time.

The first time I realized that I could get these same feelings from girls was a few years later, when I was 13, and I met Amber from “the North.” I found myself intoxicated by her, the way I’d felt around Kyle and several boys after him. Her smiles left me catatonic, her touch would give me goosebumps. She was breathtaking, but the fact that these feelings were happening over a girl left me feeling quite startled and confused, uncertain of what to do. So, the entire time Amber and I were friends (which only lasted about a year because I can’t maintain friendships), I kept my feelings to myself and very secret.

As I moved through the awkward years of middle and high school, I found myself attracted to multiple young men and women. Though I made my feelings for the males very obviously known, my pining for girls remained my secret that I was petrified to divulge. There were very few people who were “out of the closet” at my school, and those few that were seemed to struggle significantly. There were also complications involved with the fact that most of the people I developed crushes on started as friends. I also wasn’t really sure what to make of the fact that I wasn’t attracted to just one gender, as most everyone else was, but both. I questioned if this was just a conspiracy my brain had concocted or an aftereffect of previous traumatic relationships. I tried telling myself that it was just a phase or just me being weird, that it meant nothing, and I should just ignore.

When you try to suppress something or reject it, it tends to eventually become a much larger issue, a sort of snowball effect even, until suddenly the limit is reached and you are left with a massive mess that could have been avoided. Unfortunately, in my case, that was almost exactly what happened, though it wasn’t even at all how I intended.

“I feel like sharing that I have Borderline Personality Disorder is just as comparable to me sharing that I’m bisexual; it is a part of who I am, just like my red hair and blue eyes.”

I wasn’t prepared for the reaction, I hadn’t braced for impact because I didn’t even realize what I’d done. With that simple sentence, though, a transparent statement, I’d admitted something to myself and everyone who read it that I’d never vocalized before:

Now, nearly a year later, I have said that seemingly effortless sentence out loud numerous times in various types of settings. Even though the cost was high and the initial impact was intense, I can now say that it has made me feel more true to myself to have those words out in the open.

It makes moments of discussing which celebrities are sexy with friends a lot less worrisome, it helps make a lot of my struggles that I’m working through in therapy more sensible and complete. There are definitely people that I still haven’t openly told the truth (mostly family), but I share it with the people and in the situations I feel it is needed, like in a recent friendship I’ve made that I didn’t want to suddenly end later when the truth came out (which, by the way, this new friend has been totally accepting of my identity and I’m so thankful for that).

Waiting so long to be honest with myself and my sexuality came with some tremendous fees to pay: I lost friendships that had been well established for years. I caused some additional trust issues in my marriage, and I set myself up for some harsh criticism and backlash. Also, though, my withholding the truth for so long, I may have missed opportunities for relationships (or even just some awesome kisses) by hiding my feelings for so long.

The core lesson I hope that anyone can take from this story is to be true to yourself and never feel obligated to lie. Do what makes you happy, don’t lurk in the shadows being apprehensive to live. Always remember this: no matter what it is, no matter what secrets you hold close, it is simply part of who you are, and who you are is absolutely beautiful.

Photo by Kyle Sterk on Unsplash

Mom, I Owe It To Myself To Forgive You