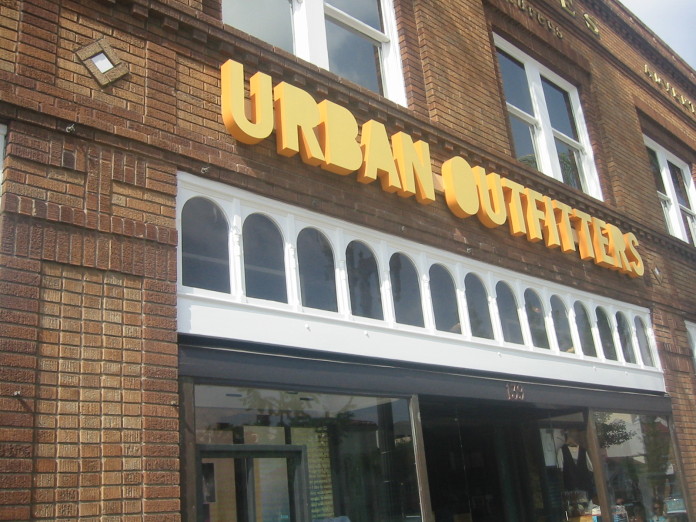 “Eat Less” is the quote that Urban Outfitters decided to put on a shirt in their newest line of clothing. Everyone was aware that Urban outfitters only catered to thin women, as they only carry up to a size 12. It looks as though the store has apparently decided to drop the subtle approach, and is now trying to openly encourage young women to change themselves in order to fit into Urban’s clothes.

This shirt was brought to the public’s attention by One Tree Hill star Sophia Bush. Sophia who is a well-known advocate for those with eating disorders recently started a clothing line out of the phrase “Zero is not a size”. The actress wrote a letter to Urban Outfitters about this heinous shirt and posted about it on her blog, bringing it to the world’s attention. In the letter she stated “it’s more pro-anorexia than anything, especially when worn by an emaciated model.” She went on to say that Urban Outfitters should “issue a public apology and make a hefty donation to a women’s organization that supports those stricken with eating disorders.”

Some people may say this is “not a big deal” others may say its “just a shirt”, they would all be missing the point. Urban Outfitters is openly encouraging, no demanding, that people change themselves in order to fit into their own twisted unrealistic standards of beauty. When what they should be doing is encouraging people to love themselves exactly the way they are.

College life is stressful enough. We are worried about grades, money, loans piling up and about graduating. You’re trying to find yourself, figure out where you belong, what you want to do with your life. The last thing you should be worried about is your weight. But that’s another thing most of us worry about. So I am going to tell you something that you probably don’t get told very often, you ARE beautiful exactly the way you are.

Now I’m not here to tell you whether or not you should try and lose weight, only you can decided that. I’m just telling you that if you do want to lose weight do it for the right reasons and in the right way. Don’t lose weight because some ad made you feel bad about yourself. And if you are trying to lose weight make sure to do it in a healthy way, don’t just eat less, eat right. Eat more fruits and veggies, have smaller servings. Go to the gym, but don’t go crazy. Just make sure that above all else that you make sure to love yourself. Don’t change yourselves to fit the standards of some stupid company whose clothes are way overpriced, and way over rated.