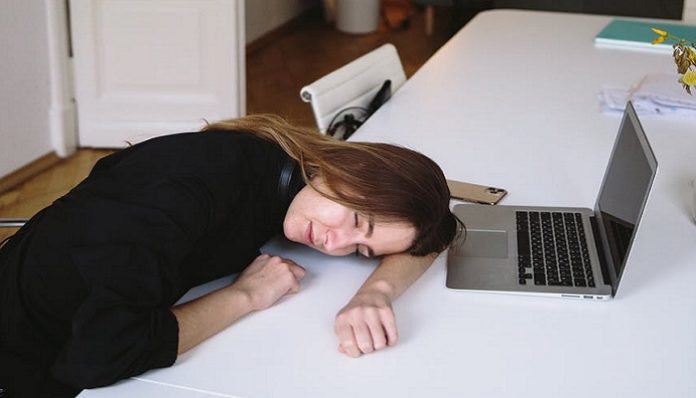 Everyone knows a procrastinator (aka those people who actively postpone doing everything and anything). If you don’t know a procrastinator, then there’s a good chance you are one. Beyond the blatant flaws you’d expect, there’s one kink in our armor that other folk may not pick up on right away: we are liars, and we can’t help it. As a self-confessed procrastinator I can attest to this. I lie often, and I lie well, and more often than not I lie to myself.

Yes, fellow put-everything-off-until-it’s-too-laters, we are all big fat fibbers. How many times have we told ourselves that we’ll do the cleaning in just a minute, and a week later end up with a shitty hell-hole of a house? If that sounds familiar, I’m sure you’ll be able to relate to all of the lies that we procrastinators tell:

2. I am going to put in so much effort this semester.

Even the most deluded of us can’t trick ourselves into believing this lie. Even as the falsehoods leave our mouths, we’re thinking of ways to postpone this new way of life. Sure, you’ll go to the library every day, after your afternoon snack and an episode of your favorite show. Can’t forget that all-important nap, and then dinner. Damn it, you’re not going to have time for the library. What a shame.

3. I work better under pressure.

Of course, you do. Why waste the months dedicated to studying on actually studying? Yes, hours could be spent filling your brain with knowledge but that requires proactive behavior, and let’s be honest, you don’t feel like being proactive right this second…maybe in an hour or so.

Really? Or do you just not feel like making food right now? Don’t think I don’t know your secret. Instead of being practical and responsible you’d rather skip a meal and focus your efforts on dinner which of course leads to the next lie…

Although sleeping is essentially the one time when doing nothing is acceptable and even expected, it still seems like a lot of effort to actually get to the bed. It’s far easier to chill and do nothing than make the effort to go to bed and DO NOTHING.

7. Oh my god, we should definitely go out next Friday.

It sounds like a good idea, but you know it isn’t. A week may seem like a long time to some people, but to the skilled procrastinator, it’s way too soon. Imagine all the shopping and planning and budgeting that has to be done. You need way more than a week for that.

9. I am such an impulsive person.

Although you like to think you live in the moment, you really live your life avoiding the moment. You could be making the most of your days but you’d rather postpone all of those impulsive moments until you feel like it. And there’s absolutely nothing wrong with that.

Okay, so this is one of the more serious lies we tell. As much as we like to believe that our procrastination doesn’t hurt or affect anyone else, it really does. As much as you love your friends and they love you, eventually, they’ll grow tired of your unreliability. The more you cancel and postpone, the fewer people want to invite you to things and that sucks.

Being a procrastinator has its highs and lows. We are great at justifying ourselves and have a bunch of minimum-effort hobbies that we excel at…and by minimal effort, I mean watching television and sleeping. On the other hand, we’re slightly unreliable and aren’t the best when it comes to timekeeping. All in all, we’re a pretty varied bunch, and regardless of what anyone else says, procrastinating isn’t really that bad. So, procrastinate, but procrastinate responsibly.