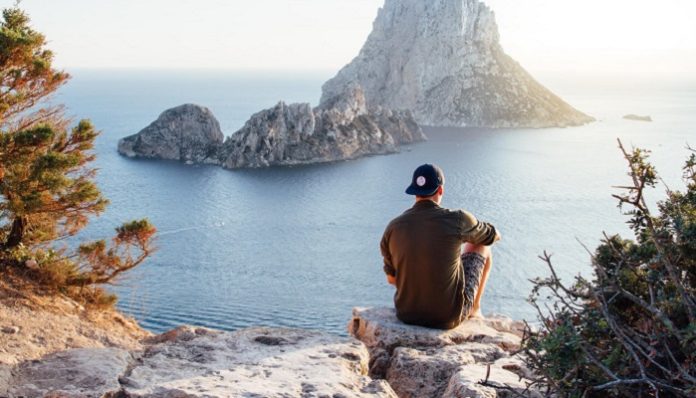 Last Saturday, I was drunk. I was more drunk than anyone probably should be. But I made it home safe. And then I did something that I probably should regret, but I don’t at all. I started some beef with an old flame…and I don’t regret it because I was right and I learned something. Typically, I wouldn’t want him seeing something like this, but I don’t care. Let him know.

I texted that old flame. And when he responded that he was dating someone, I realized that I had absolutely nothing to f*cking lose. I called him out on all of his shit. I told him how he made me feel. I asked him how he could throw something so good (or so he made it seem) away like that. I wanted answers and I told him that. I don’t know what I was expecting, but whatever it was, it wasn’t what I got. I didn’t want him back at all, I just wanted an explanation that I never got.

What I wanted was for him to take responsibility for what he had done. We were both liable and I claimed my share, but he didn’t. Instead, he focused on my flaws and blamed me for them. I wanted an apology and what I got were more excuses. It was then that my eyes were opened to the inevitable, something I could no longer ignore:

NO MATTER HOW POINT BLANK YOU ASK SOMEONE FOR AN APOLOGY, FOR OWNERSHIP OF AN ACTION, FOR RESPONSIBILITY, YOU MIGHT NEVER GET IT.

You can beg and you can plead, but you’re never going to have it. Nothing will stop them from blaming you further, despite the fact that you’ve already claimed responsibility, because they’ve spent their whole life deflecting blame and playing the victim, and they’re not going to stop now. Not for you, not for anybody.

Age doesn’t matter. You’d think they’d learn, but they don’t. It doesn’t matter if they’re 20 years old or 30; they aren’t just going to magically to grow a pair and apologize. We’re taught to believe that people have the responsibility for owning up to their actions and righting their wrongs – to heal the wounds they’ve caused. But the reality of it is, they’re not going to and sometimes you have to learn to heal your own wounds. You have to learn to live with the knowledge that some things won’t be rectified and that the best option is to cut them out of your life completely.

It doesn’t matter how many times they say they want to be friends. “Friends” don’t act like the other doesn’t exist. They check in with one another. “Friends” congratulate each other on new jobs and promotions and they’re there for the little things. They give a shit about someone other than themselves. If they only contact you when they want something, they’re not a friend. They don’t care about you, and if they did, they’d have done something about it.

We need to learn to take in these truths. It’s not what we want to hear, but it’s what we need to hear, and ultimately accept. Take the steps you need to take to make yourself better, to heal yourself. It’s okay to not be okay, but when someone refuses to apologize for hurting you, there’s more you can do than just accept it. Do things that make you happy. Do what you can to forget about the shitty past, but don’t forget what you learned from it. They say time heals all things, but it will only heal if you’re actively trying to heal it and not bottling it up and keeping it pushed away for when things get rough and hard to handle.

You don’t need validation. Learn to live without that apology – you won’t get one for anything. People will turn things around on you and blame you for things that were out of your control. They won’t sack up and admit that they were using you or that they were afraid or that you weren’t good enough.

And that’s okay. Because it’s their karma and not yours.

Had A Bad First Time? Here Are 4 Ways To Improve...