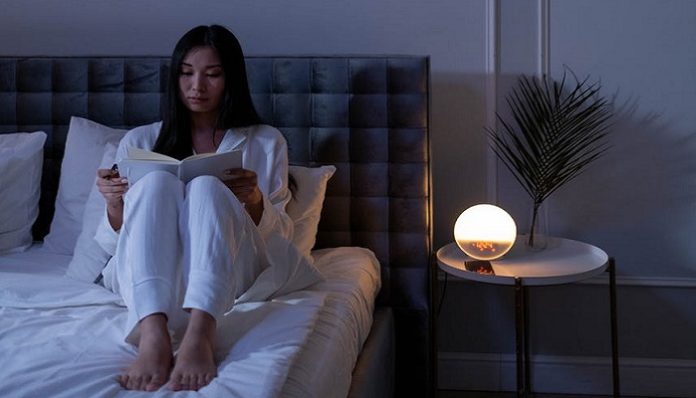 There are roughly two types of people in this world: those who start their day at the crack of dawn, and those who think that those people are assholes. In other words, you’re either an early bird or a night owl. I, myself, am a night owl. I speak for the moon-loving population when I say that this is a non-negotiable character trait. There’s no such thing as just “becoming” an early bird – the nightlife is embedded in your DNA (or it feels like it). Once you realize that you’re an unchangeable species, you also realize there are some struggles you will just have to live with.

1. Coffee is your best friend. You need extra amounts of coffee to even consider functioning before 10:00 am, but you’ll still need a cup or two if you plan on getting out of bed anytime before 1:00 pm. Green tea just won’t do, so just accept this fate already and get some quality caffeine in your system. You need to be bright-eyed and bushy tailed for the fantastic time you’ll have when the sun goes down.

2. By virtue of the above (namely that night owls loath mornings entirely), 8:30 classes, or shifts at work, are like a death sentence. “Okay, it can’t be that bad,” you said shakily to yourself after registering for PSYCH 304 despite the a) ungodly start time, and b) the location at the top of the hill that your campus is situated on. WRONG! Your poor professor will never see your face, unless it’s to hand in a paper (which you will do with a smile, because you are doing so after the sun has started to go down).

3. None of your friends will understand your need for midnight runs and library visits that begin at 8:00 pm. It’s when you get the most done, can’t they see that? No, they really can’t, because human beings are designed to be awake and proactive while the sun is around. When “normal” people retreat into their homes for dinner and Netflix, you are just coming out to play!

4. You have no idea what the “golden hour” is, but your friends have described it as being the time when the sun is hanging at the perfect angle in the sky for tanning. This supposedly happens somewhere around 11:00 or 12:00 pm, but you are drawing a hard blank. It’s summer break, isn’t everyone supposed to covet sleeping in? Whatever, you don’t need to tan – no one will be able to see how pale you are because the only light they’ll see you under is that of the moon, which is both forgiving and understanding (and super dim).

5. You have had McDonald’s breakfast a total of two times in your life, and it was against your will. You were either on a road trip, or you were mega-hungover and got kicked out of your friends’ apartment. All of your friends were probably super stoked to make it on time, excitedly ordering their breakfast sandwiches and saying things like, “early bird gets the worm!” Please. Shut. Up. And give me coffee – the entire pot will do, thank you Mr. McDonald’s worker.

6. You have never been to a class at your gym. You still think it’s pretty stupid that your gym closes at all, actually. Where the 24-hour gyms at? I need to move to that city ASAP. Seriously though, will someone please tell me what “Body Define” means? Just in case, one day I actually get here on time to check it out?

7. Your family/friends/significant other have collectively decided that “lazy” is one of your main character traits. Which is a very inaccurate representation of your personality, but they wouldn’t know that because they all go to sleep way too early to see you being productive. You get things an amazing amount of things done, but only if you start your to-do list around 6:00 pm, the night owl version of the “golden hour.”

8. Travelling with your family/friends/significant other throws you off schedule like nothing else. You get it, you guess – you’re in a new place so you want to use all the time you have to your advantage. But isn’t “vacation” by definition, supposed to be a break? Let’s all take a chill pill; the remains of the Mayan civilization will still be there in the afternoon, and we can’t enjoy their beauty when we feel like taking a nap on them the whole time.

9. Finals season is a whole other beast. Wait, they want you to do what at this hour? A three-hour exam? Do they understand that you went to sleep a mere five hours ago? That was probably your fault, but you’ll just counteract every fiber of your being yelling “GO BACK TO BED” with like, 4 liters of coffee. It’ll be all right – 4.0 GPA here you come… (hopefully).

10. Brunch is the only time you will eat at regular intervals. You love that you get to experience breakfast foods just like everyone else, but at a relatively more understandable hour of the day. Brunch is definitely the one thing in the entire world night owls will consider catching some extra ZZZ’s for.

The early birds may catch the worms, but night owls are up just in time for an empty gym, an empty grocery store and the best TV shows. The shower is almost always warm (because no one else needs to bathe at 4:00 in the afternoon), and the morning rush hour is legitimately never an issue. Calling all early birds: you are cordially invited to join the dark side. (We have the Late Show!)

5 Things You Should Do When Stress Takes Over Your Life