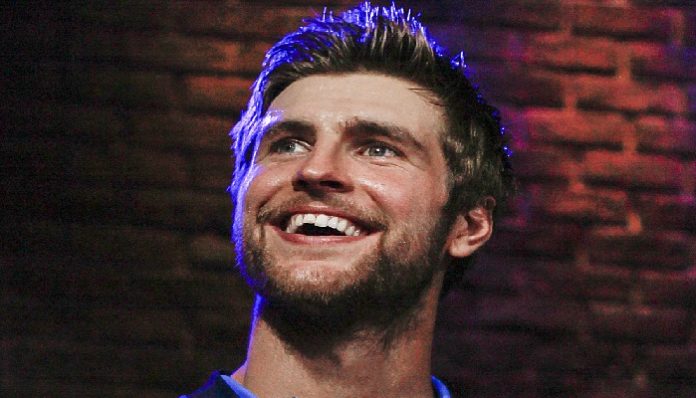 If there’s one thing playoffs of any sport do, it’s unite people. Whether you’re a major fan or not, you hear the standings on the news, see the games on at the bar, and your friends and coworkers won’t stop talking about unbelievable plays. For a few weeks, everyone has their eyes on a set of dudes in matching outfits. Lucky for you, the guys in the NHL have some lookers on each team in the playoffs.

With his slightly red hair and non-scraggly facial hair, he is very easy on the eyes (and on the ice). As the first American captain of the Sharks, he has been dubbed Captain America, and I am 100% okay with him saving me when I am in peril.

As one of the more rambunctious players in the game, Seguin has a reputation of being a bit of a party animal. But he parties while in those skates too, as he is one of most mentioned players in the league.

He’s so hot he has to dump coolers of ice all over himself to keep from bursting into flames. As a defensemen from Canada, this man was born to sweep pucks across the ice and to sweep us off of our feet.

A hunky man wearing a penguin shirt? This is my dream. As the youngest captain to ever win the Stanley Cup during the 09-10 season, he has certainly earned the C on his jersey as he chases after another Cup this year.

With a girlfriend in the modeling industry, Josi could make that into a career very easily. Not that he needs any help to get a gig with that smile. I’m surprised the ice below him doesn’t melt.

He plays in the capital of America and represents America in the Olympics; whether you like the US or not, it’s hard not to like Oshie and his hockey flow. Plus, him spending time with his daughter makes us all swoon a bit more.

As the alternate captain of the team, Pietrangelo is working on leading his teammates to the Stanley Cup. I would follow his lead no matter where it took me.

No matter which team you’re cheering for, there’s at least one reason to pay attention to each. These guys have the looks, skills, and speed to keep your focus. Yeah maybe they’ve lost some teeth from pucks to the face, but at least they don’t get concussions every other game like in some other sports.

For The Moments You Feel Like You Need A New Beginning