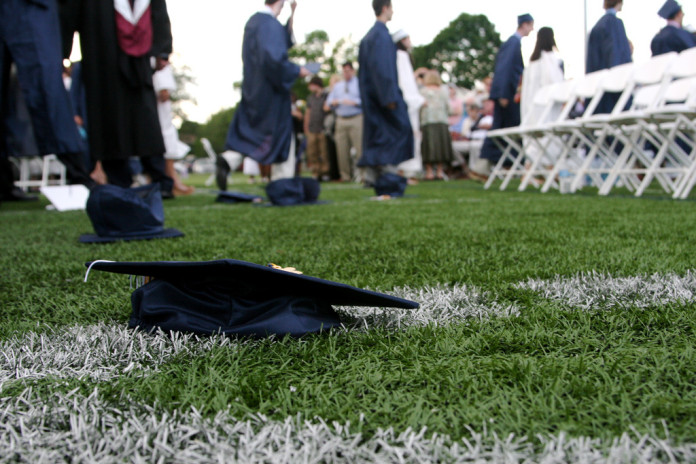 When we were young, we were always told about the “real world”, referring to the time in our lives when we are finally kicked out of the nest. We heard about the late nights spent with wine and good friends, and also the reality of how it’s not all fun and games when you have to deal with grown up responsibilities. But as we enter the real word, we realize that most of these things we were told throughout our lives are not necessarily true. Let’s take a look at some of the more common statements.

1. “There are no labels.”  In high school, there is often a lot of buzz about what everyone’s label is; popular, stoner, nerd, jocks, etc. As kids, we would stereotype each other based on what clothes people wear, music they listen to, and who they hung around. Maybe adults don’t care as much about those specific types of categorical classifications, but they are still definitely judging the hell out of other people and labeling them; only now it’s most often based on other things like their political or religious beliefs, economical status, etc.

2. “Dating becomes easier.” They say, “Don’t worry. These years are the hardest when it comes to dating.” That is not necessarily true. When in a serious relationship, there are a whole new set of issues to deal with, like how rocky things can get when you move in together, how important trust and communication are, and how to deal with each other’s in-laws. This leaves dating even more complicated than before.

3. “You should finish college if you want to be successful.” Of course, getting a degree has been the key to many people’s success but it may not be for everyone. Many people spend money on getting that piece of paper saying they are qualified for this career, only to continue working in retail because they aren’t getting hired for their dream job. Then there are people who follow their dreams and become successful with only a high school diploma. Maybe it depends on the field you want to get into but either way, it’s worth looking into before you waste any of your time or money.

4. “College will be the best years of your life.” This one could be true for some people, but it certainly isn’t for everyone. Your ’20s lasts an entire decade, so why should the fun stop after school is over? Even if you aren’t a big partier, there are plenty of other ways to have fun and create great memories. Think about traveling, trying out new hobbies and interests, or just exploring the unfamiliar terrains that life has to offer.

5. “Honesty is the best policy.” Certainly there are still those that believe in this mantra, but in many circumstances this isn’t true. In interviews, people that tell their possible employers what they want to hear are more favorable than the people who will tell them the truth. Hiring managers want positive, enthusiastic, and sugar coated responses to their questions, not necessarily honesty.

6. “You have to choose between a career or family.” We are sometimes told that you have to choose one or the other, and if you don’t, you will likely suffer from being shamed as a neglectful parent or someone who is not working to their full potential at work. However, this myth has been busted by many successful career women who are also great moms. I won’t say it’s easy to balance work and family, but it’s definitely possible.

7. “Time heals all wounds.” We have all heard this at some point in our lives from people when we lose a person we care about. They want us to have hope that we won’t have to deal with this ache in our hearts forever. How true is it though? We may never fully get over losing someone. Instead, we learn to cope with the heartache and carry the memories of them.

8. “Success comes with hard work.” Working hard to achieve your goals may often be a key component for being successful, but there’s a little more to it than that. It is also important to network well and build strong relationships with those that will help you gain opportunities. Sometimes you will need help from people to get from one stepping stone to another. Ironically, connections are taking people places that years of hard work cannot.

No matter what people may say about the real world, the future holds no guarantees. Take on whatever challenges life throws your way and keep moving on. Now that’s a piece of real advice that will always be helpful.