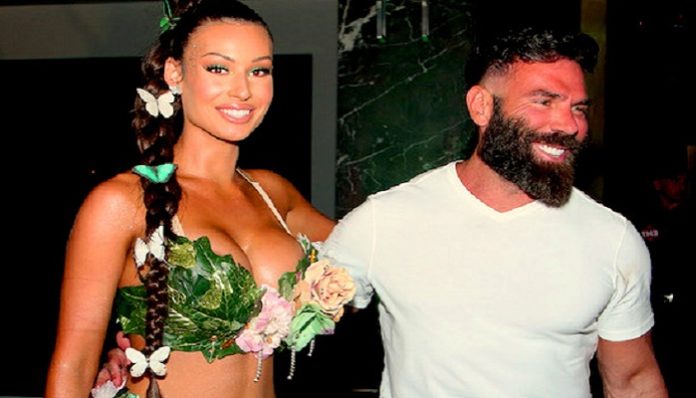 If you do not know who Dan Bilzerian is, then consider yourself lucky because he’s, well, an asshole. Not only does the mere image of him make my skin crawl, but this charming man also promotes misogyny and discrimination in aspects that rivals many past and present dictators whose claim to fame was their abuse of power. Not a club anyone should want to be part of. Mr. Bilzerian is a professional poker player – therefore he serves literally no useful purpose – who fills his social media accounts with endless photographs, usually of himself reclining amongst semi-naked and/or completely naked women. I feel the need to mention at this moment that I am not a feminist and I am not one to get furiously wound up over issues such as sexism, but this man just tops the cake. He repulses me; his wrongful encouragement towards his 12.3 million followers is ultimately leading them in the complete wrong direction that we want society to be headed.

I’ve been trying to pinpoint similarities to this subhuman with the guys I’ve dated, and today, I found an interesting one: over half the guys I have dated follow Dan Bilzerian on Instagram – which could explain some of the ways in which they treated me. So, seriously, if you discover someone you’re dating follows this creep on social media, here are some reasons why you may want to rethink that next date night you’ve planned. It may just be time for a social media cleanse. Here’s 6 of the most impulsive, jaw dropping, and unfortunately trending things that summarise Dan Bilzerian.

1. The abuse of women. This is a man who pushed an eighteen-year-old girl off the roof of a house causing her to break her foot and on another occasion, kicked a woman in the face at a nightclub. It baffles me how anyone can aspire to even know this man, let alone want to be like him.

2. His undoubted class and grace with how he spends his money. Not. He may have more money than he even knows what to do with (which is probably his most appealing attribute) but at the end of the day, he is a disgusting tyrant who believes taking a photograph of himself sticking his middle finger up to a group bikini-clad women crawling on their hands and knees, into a private jet, while on dog leashes is funny. Not sure in what universe this is classified as acceptable.

3. A egotistical disrespect for humanity. Mr. Bilzerian once did a Snapchat video story of himself talking to a man who supposedly has the world’s smallest you-know-what. The story was dedicated to completely humiliating this man, basically making him a laughing stock to international audiences. It was cruel, and I felt ashamed to have watched it. Dan Bilzerian is a bully; he was mocking someone over something they couldn’t help. Not really the way you’d expect a 34-year-old to behave. Grow up.

4. While exercising his ‘rights’ he’s taken policy and freedom way past the ‘too far’ line. He glorifies guns – as if there isn’t enough gun crime already.

6. He leads an extremely shallow and transient life that offers what exactly? He has so much money but he just blows it all away on material items and lavish alcohol-fuelled holidays – you don’t see him doing anything charitable with his money like helping the refugees coming over from Syria. He doesn’t promote goodness or decency, he simply promotes what it’s like to be a rich pervert.

Take it from me, if you want to find a decent guy, have a look at who he follows, and more importantly who he admires because admiration means respect, and you don’t want a man who respects Dan Bilzerian as that’ll probably mean they won’t respect you. Don’t be naive, take it from a girl whose fallen for it many times before. Boys don’t always have to be ‘boys.’