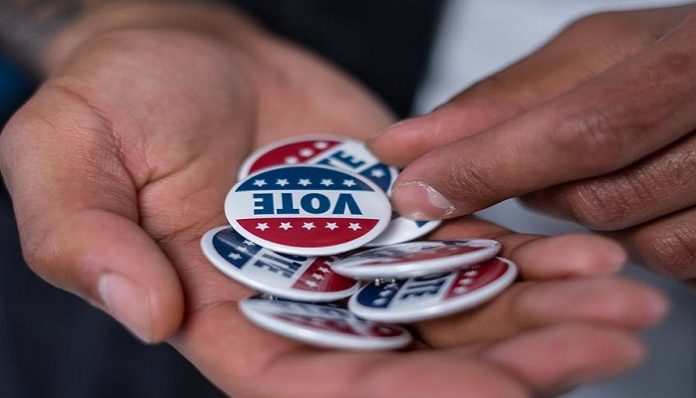 The next Republican presidential debate will air on Wednesday, Sept. 16 at 6 p.m. on CNN, and I want you to feel prepared. Talk of Donald Trump’s outrageous comments and Hillary Clinton’s scandals has, in some ways, overshadowed the policy issues at the heart of this election: immigration and the current refugee crisis, healthcare, and foreign policy. Not to mention, these are only two out of the dozens of candidates that have thrown their hats into the ring.

Here is your guide to the 2016 Presidential Elections, breaking down the current Republican candidates and what you need to know!

Former Governor of Florida and owner of a very famous last name, Jeb Bush, will have to work hard to shake off his father’s and brother’s legacy and be able to stand and hold his own. Coming from a place of “compassionate conservatism,” Bush supports a pathway to legal status for undocumented immigrants, and his fundraising, family legacy, and potential success in swing states (given his past in Florida) makes Bush strong in the primary season.

Retired neurosurgeon Ben Carson’s candidacy confuses me almost as much as Donald Trump’s. Carson gained attention among conservatives in 2013 after his speech at the National Prayer Breakfast that scathingly criticized President Obama. Though it would be difficult for Carson to grow larger than this conservative support base, this presidential run will likely garner him enough appeal as a conservative political voice to garner him other kinds of success: book deals, speeches, and pundit appearances.

New Jersey Governor and Bruce Springsteen fan, Chris Christie, will rely on his tough talk image to charm the pants off of primary voters. Christie has won the governor’s race twice in a highly Democratic state, a serious skill in light of the Republican party’s two-time loss to President Obama. Nevertheless, since his last landslide win in New Jersey, most Republicans have said they would not consider supporting him – unless the only other candidate was Donald Trump. And that’s saying something.

Ted Cruz was the first politician to declare his candidacy in March 2015. Cruz, who does some pretty horrible Simpsons impressions, strives to be the most conservative candidate, especially on issues of universal health care, reproductive rights and immigration policy. Cruz’s hard-right brand of conservatism has become increasingly popular during President Obama’s tenure, but in a general election, he may struggle to appeal to a more diverse pool of voters. (Like women!)

Former AT&T and Hewlett Packard Executive, Carly Fiorina, will strive to run as Hillary Clinton’s Republican counterpoint as the only female candidate. Though she lacks political experience, Fiorina makes up for it by being confident and business savvy. Central to her campaign message is the idea of her “female success story,” moving up the ranks at Hewlett Packard from a Secretary to Chief Executive.

Jim Gilmore, Former Virginia Governor, is taking another stab at a presidential bid after a short-lived campaign in 2008. Out of office for 13 years, Gilmore is considered a longshot to win the Republican nomination. I would write more about Gilmore’s experience and platform, but really no one has paid him much attention in the political media.

Setting his sights on the United States’ national security, Lindsey Graham, is “prepared to be Commander-in-Chief from Day 1.” The Former Senator’s platform seeks to project American strength abroad as its primary goal, cleaning up some of what he perceives as President Obama’s messes. Graham’s speeches are also equally hilarious and confusing – though I’m sure neither are his goal.

Former Arkansas Governor Mike Huckabee, gained attention among Republican voters during his 2008 run for candidacy, largely winning over the Christian conservative base. Though he has successfully created his media personality, Huckabee will have a hard time translating that popularity into votes this election season. His campaign is broadening to particularly target older, working-class conservatives.

John Kasich, current Ohio Governor, speaks to more moderate Republican voters, given his expansion of Medicaid under the Affordable Care Act. The now infamous son of a mailman, Kasich has served two terms as governor and worked to balance the federal budget in the 1990s when he served as a chairman of the House Budget Committee.

The only candidate more moderate than Kasich is George Pataki, Former Governor of New York, who supports abortion and gay rights. His three-term record in New York achieves much of what the Republican party would like to see on the national level: cutting the size of government, winning over non-white voters and adapting to the changing socio political climate.

The Clintons and the Bushes aren’t the only political legacy in play this election season. Rand Paul continues his father Ron’s political legacy, including two presidential campaigns in 2008 and 2012 as a Libertarian. Paul, then, struggles to identify within either party, openly criticizing President Obama and Republican politicians in the same breath. While his ideological flexibility appeals to voters of any party, Paul needs to build a strong enough voting block within the party to secure his win.

Winner of the 2012 award for Most Political Gaffes, Rick Perry, had begun another presidential campaign after last election’s failed run – until he pulled out of the race this week. Perry, who served as Texas Governor for 14 years, cited financial reasons for ending his race to the White House.

Marco Rubio will try to position himself as the next-generation conservative in the Republican party, able to bring together moderates and social conservatives alike. Charismatic and optimistic, Rubio can hope to also win over Hispanic voters, given his bilingualism. Though his impassioned speeches are a hallmark of his campaign success, he is quick to deny any comparisons to a 2008 Barack Obama.

After a great 2012 run for the Republican nomination, Rick Santorum, is back in the game – this time promoting his new brand of “blue collar conservatism,” which aims to convince working-class voters that he is the answer to their economic woes. Santorum won the Iowa caucuses in 2012, but could not find support among mainstream Republican voters, a pattern recent polls show he is repeating.

Talking hair piece and former host of The Apprentice, Donald Trump, has dominated the primary season and distracted most of the world from the election itself. While his main base of support are voters that find his absurd comments “refreshing,” Trump would be hard pressed to develop any kind of platform. His most recent interview with radio host Hugh Hewitt shows how little he actually understands the job he’s applying for.

No Republican candidate has won Wisconsin since 1984, and current Governor Scott Walker will be reminding us for years that he was elected three times. Lacking a strong support base, Walker hopes to appeal to a large spread of primary voters, conservatives, Evangelicals, and establishment Republicans alike. Modeling himself after his idol Ronald Reagan, Walker promises voters plain-spoken tough talk with his own Midwestern charm.

Though I see that so many candidates can leave your head spinning, it is important to read up on the important presidential players as primary season begins. While Trump’s incessant blabbering will probably leave all of the other male faces (and Fiorina) speechless, I hope you can all feel like political experts as you watch this week’s debate.