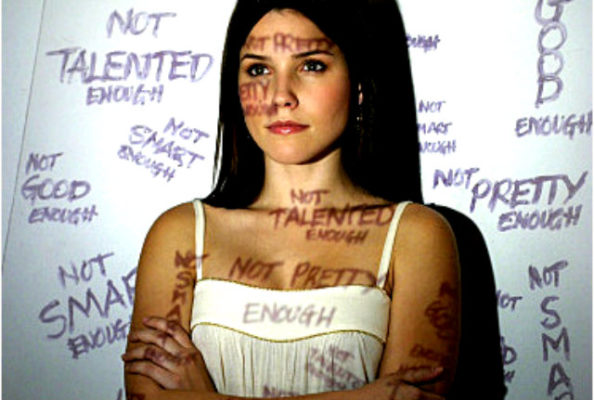 It’s everywhere, don’t deny it. We are body shaming, slut shaming, and insulting every girl we see in one breath, but taking the highest offense should it ever happen to us, and all of us are guilty.

On Instagram a while back, Justin Bieber posted a naked photograph of his backside and an army of women flooded to his comments to tell him how ‘Hot’ he was and how he should post more photographs like this. On the other hand, when Kim Kardashian-West posts a revealing photo, she receives nothing but hate messages from thousands of women, telling her she is a ‘slut’ and her behavior is shameful she should stop showing her body off so much.

So, let me ask you – what’s the difference?

Women are more active than ever in the fight to end body-shaming. We aim to let people do what they want with their bodies; be happy and proud in them. We aim to be able to wear as many or as little clothes as we want without being called a ‘prude’ or a ‘sex object’. Well I can tell you all now, you’re bringing it on yourselves. You cannot say that it’s okay for us to show off our bodies if we are happy with them, and then in the next second abuse anyone with their cleavage showing. It just doesn’t add up – it’s not one rule for the mass, one rule for the people you’ve decided are bitches.

One point I need to address is that so many of the ladies we choose to aim our  hatred toward are famous, beautiful, or successful. I cannot count the number of times I’ve seen friends, strangers, and everybody on the Internet get defensive and abusive because someone intimidates them. We call beautiful women disgusting whores because we can’t simply admit another woman is beautiful. We become jealous and insecure, so we constantly insult other girls.

And, I’m sorry to be the bearer of bad news. I’m about to tell you something you won’t like – curvy women and big women are beautiful. But so are skinny women.

We’ve come so far, making people stop abusing larger women and being able to appreciate their beauty, but really, all we have done is switch the focus onto skinnier girls. I know some girls who are stick thin and would kill for an hourglass figure, but I know larger ladies who would kill for a thinner figure. We want what we don’t have.

Skinny will always be our ideal beauty standard, and it has been for a while. So, if we can’t obtain it, we simply insult the women who have the one thing we can’t seem to have. You’re only making it seem like you’re jealous, and you’re seriously hurting someone.

Let’s look at Meghan Trainor’s body-positive hit All About That Bass – one line that really stuck with me was, “You go tell those skinny bitches that.”  Somehow, this was only minimally offensive to some, but what if we switched it and say ‘Fat Bitches’? There would have been a riot.

We need to end  the double standards. I understand you’re never going to like everyone, but calling people bitches for the sake of it will get us nowhere. If we want female empowerment, to be accepted and have the freedom to dress and act the way we want, we need to stop sabotaging our chances. In the wise words of Ms. Norbury, “Stop calling each other sluts and whores, you’re just making it okay for guys to call you sluts and whores.”

Featured Image via screengrab from One Tree Hill.

The Best Friendship That I Have Comes From My Relationship