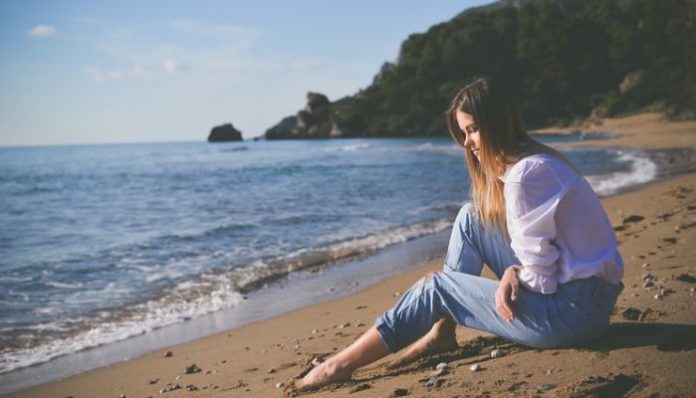 If you were to get a hold of my phone and somehow unlock it, you’ll find that most of my Google searches lack remedial therapies for a broken heart and a paranoid mind. Instead, you’ll see the 20 or so times I’ve searched about STDs and HIV in a day.

I’ve researched thoroughly on the side effects of chlamydia, herpes, and gonorrhea, only to find that it takes one person to ruin your physical health, as a result of unprotected sex—however, WebMD doesn’t include paranoia or anxiety as a side effect for falling for a manipulative heartbreaker. It doesn’t state that falling for the wrong guy will lead to an unprotected heart, followed by a crushed one. I ritually googled these infections, distracting the pain of loneliness and lack of self-love.

There’s an underlying issue with finding love nowadays. Millennials are given apps that could help them look for “the one,” with a simple swipe to the right or left—yet, this just made all of us create a careless complex of playing with one other’s feelings. It is now far easier for the wrong boy to crawl into a girl’s mind, continuously handing out mindless compliments on her body and face, without acknowledging anything deeper than that. With them, it’s always physical.

But if you’re like me—who falls for the constant attention, the “baby” name-calling, or the “I’ll treat you so good” messages—then know that they’re blinding you with sweet words to hide their contemptible personalities.

Once the deed was done, the cycle of eating myself through a Ben & Jerry’s tub and a Netflix marathon consumed me—I couldn’t think past what had happened and how it happened. Every time I thought of it, I was left with nothing but an empty stomach and breathless lungs.

When you fall for the manipulative heartbreaker, you end up losing yourself in the process—there’s nothing to it. You believed everything they said: every compliment; every false sense of compassion and attention. He sucks you in with every word he says, because to you, no one has given you that much time and attention before.

People like me mistake a simple connection of a shared interest as a gateway to a new relationship—this is why I fell hard because I didn’t think twice about my decision. I wasn’t picky enough with the men I decided to spend my time—and my private parts—with. I didn’t appreciate and love myself enough to understand that getting petty and small compliments isn’t enough to make the decision of sleeping with him or not.

Having experienced this has now left me with nothing but depression, anxiety, and paranoia. When you give out diamonds in a relationship and you’re returned with just coal and waste, your heart and mind give out. Your physical body becomes weak, as your mental health deteriorates with every nagging comment: “it’s your fault,” “you’re not worth it,” “the next one will just be the same,” and my favorite of all, “no one will ever love you.”

You’re in a constant battle with your own mind. Suddenly, you can’t trust anyone who gives you the slightest bit of attention. Your self-confidence and self-love have withered along with your heart, because he gave you the attention you sought, and at the same time, you lost yourself in when receiving the wrong kind of love.