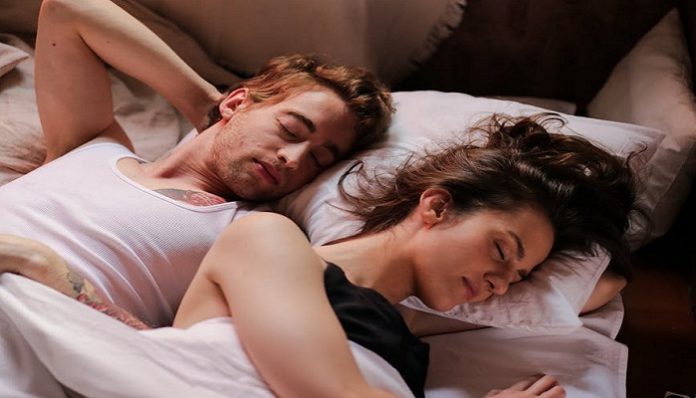 To my dear, dear friend, Sarah*

Let me start by saying I love you, I really do. You make me laugh to no end, and you find my faults and endless cynicism funny, when most would think it’s incredibly annoying. My foot in mouth syndrome very rarely offends you, and I absolutely adore how you have the same. Whenever we talk, political correctness is left at the door and I feel like I can be my true, authentic, uncensored self around you. You are the yin to my yang, the pickle to my onion, the p to my v, or the p to my p, or the v to my v (no discrimination here my friends). I never could’ve imagined that a moment would come where I would truly doubt our friendship, but then you went and became ‘The Other Woman’.

When you first told me you’d slept with Jerry, I laughed assuming it was some sort of off-the-mark joke. But no, it was true; you’d slept with him. Jerry is one of our friends and to make it worse, he’d recently gotten engaged to his long-term girlfriend, otherwise known as our close friend, Megan. You spoke of the scandalous encounter as if it was something out of a Mills and Booms novel; I sat there flabbergasted. I have heard many of your shameless sexcapades over the years, but none had ever been so bad that I genuinely doubted your moral compass. What happens between two consenting adults is none of my business; as long as nobody’s getting hurt, it’s fine. But that’s the problem, by telling me, you have made it my business.

Someone is going to get hurt, whether it be you, Megan, or both.

The guilt has been excruciating, and even though I haven’t done anything wrong, whenever we’re all together as a group I feel vile. I see him sitting with her, his hand around her, and wonder how many time’s he’s cheated. I wish I could tell her or warn her, I feel like a bad friend for sitting idle, but my only proof of infidelity is his fling with you, and I love you too much to betray you. The only thing worse than seeing him sitting there smugly, is seeing you talk to her with affection equal to that which you show me. I suddenly questioned your honesty, you’d slept with her fiancé, but there you were, sitting and chatting to the both of them in the most platonic and friendliest of ways. Have you ever betrayed me? That’s a question that previously I never would have asked, but now I’m beginning to wonder.

Eventually the guilt began to subside and things got back to normal but as soon as you revealed you’d slept with him again, I was disgusted. Up until this point I’d tied myself in knots, biting my tongue, and carefully choosing my words in an attempt to be honest with you. Now though, all empathy for you is gone. I knew you weren’t remorseful, but you’d promised you wouldn’t do it again. As much as I was trying not to judge you, I absolutely did. Do you have no shame? Usually when two people cheat I blame the cheater and not the other woman, but you’re suppose to be Megan’s friend. Yes, he most likely is and would have cheated otherwise, but why did it have to be with you?

I judge him and I judge you.

I’ve never trusted him and now I’m struggling to trust you. To this day I’m not sure if you told him or if he could just tell by frosty reception but Jerry knew that I knew, and begged me not to tell, swearing it was a mistake.

You and I hadn’t had a real conversation in days, instead settling for uncomfortable texts, but when you pleaded with me to call you, I did. For once you seemed somewhat sorry, but the more I talk to you, the more I realize that your pity is solely for yourself. You’re sad that he cares more about the girl he’s been with for three years than you. You expect me to feel sorry for you, and as your friend I want to. But the truth is, I can’t. At the core I believe you’re in the wrong, your lack of empathy has disturbed me, and your complete self-interest has disappointed me. How can you be so flippant about Megan’s feelings and then expect sympathy because, as the mistress, you were thrown aside?

I had to write this letter not because of your actions, but because of our relationship. I keep on telling myself that our friendship isn’t being tested, but it is. I’m beginning to resent you in so many ways, I resent that you have put me in a position where I have to lie, I resent that you would put our friend group at risk, I resent you for betraying Megan but most of all I resent you for making me doubt you as a person. If you’re reading this I hope you understand that I do love you, but I’m struggling to like the side of you that I’m beginning to see.

*all names have been changed