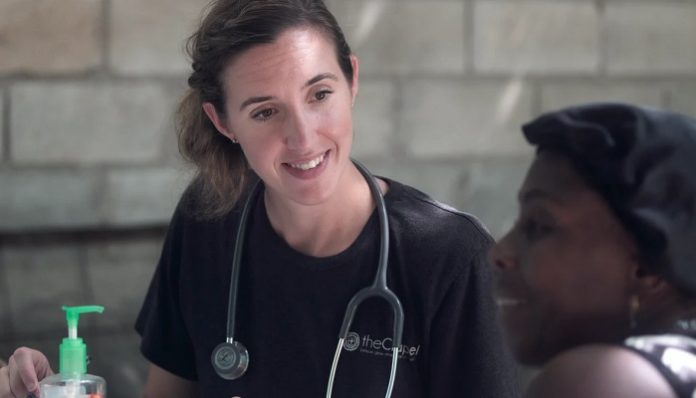 I have probably the most bad ass job out there—yup, you guessed it, I’m a healthcare reporter. All sarcasm aside, sometimes I do find some pretty interesting stuff amongst all of the Medicare/Medicaid jargon I sift through on a daily basis. It’s on those days that I feel most lucky to still be able to find myself moved by even the most mundane of facts.

Let’s all just take our opinions of Obamacare and put them in the corner for  five minutes. I am not a doctor, nor a financial expert, nor a politician. If I knew the answer to all of the healthcare problems in this country, I, not Donald Trump, would be running for president. I don’t pretend to have the next answer in universal (or privately paid) healthcare, but my love for democracy isn’t pretend either.

I think it’s important we don’t shy away from the tougher questions as voters.

According to a recent poll conducted by the American Association for Physician Leadership, 55 percent of the physicians are starting to get on board with the Affordable Care Act – or, as we politically robust Millennials so fondly know it, Obamacare – because they can see “more good in it than bad.” The physician support for Obamacare is growing and growing because doctors think that it offers great opportunities for patients who otherwise wouldn’t have health insurance.

I found that statistic so staggering not because it’s an overwhelming number, but because of the rationale behind the respondents’ answers. A group of people who really didn’t think this bill was going to work, and who probably didn’t want it to, are starting to warm up to it because they see that it’s doing some good for their patients. And I think that’s really beautiful.

What I don’t think is really beautiful is the fact that even if 100 percent of surveyed doctors thought that Obamacare was the best thing in modern medicine, a lot of politicians would still try to kill the law, all because it doesn’t align with their political ideologies.

And what’s pretty messed up is that this doesn’t start and end with healthcare—politics is so ridiculously partisan in all areas and it kind of makes me sick.

I think politicians need to be a little bit more like doctors. Doctors have their beliefs and can be set in their ways, but always sway on the side of the patient’s well-being… I know there are politicians out there like that (at least that’s what Leslie Knope taught me), but for the most part, I’m looking at a Washington tangled in party lines and partisan politics. But what we all bring to the table, doctors and politicians alike, is hope. I sure know I have hope. Hope that we’ll sort out Obamacare. Hope that we won’t defund Planned Parenthood. Hope that we’ll figure out how to stop shooting each other, how to accept each other, how to live and let live, how to make a difference. I have hope that someday doctors can be doctors and politicians can be politicians and nobody will need to act like the other. I have hope that someday politicians will care so much more about the people, their people and their voters, and their party.

Why Your Bad Grammar Is The Reason You’re Still Single