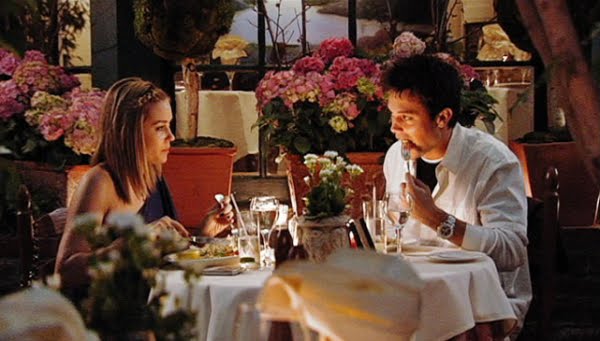 Chivalry as we know it today is usually associated with men behaving in a kind and polite way towards women simply because they are women. Examples that really come to mind for me are things like holding the door open for a lady, bringing her flowers for no special occasion, paying for dinner on a date, offering to help with heavy objects, or walking her to the door at the end of a date.

It seems relatively straightforward and trivial, but strangely people have some pretty strong opinions on chivalry. In fact while reading thoughts from both women and men all around the blogosphere and hearing talk around campus, there seems to be a mish-mash of varying opinions with more than just two sides of the argument. Allow me to define this spectrum of chivalry by the guys who set the extremes:

First, we have men who are genuinely and generously chivalrous. You might see this archetype to be most common in older men, Gen X or before, that may have been brought up with more conventional values than men of younger generations. These men were taught to regularly treat women with kindness and respect and will gladly go out of their way to make a lady feel special, safe, and protected. They don’t usually expect much in return and mainly believe that this is how men should treat women in general, but they will still tactfully speak up when disrespected or unappreciated by women.

The Chivalry is Dead Guy:

Then we have men who don’t believe in chivalry at all. This is a popular mindset among less traditional Millennial men, although there may be older men who take on this way of thinking as well. These are the guys that might say things such as ‘chivalry is dead and women killed it’ and probably believe that women are partially responsible for the decline of men who behave like gentlemen. It’s not that they don’t like or respect women, they just don’t believe that women should be treated like they are special simply because they are women. Either that or they could be humoring the efforts of feminism when it comes to the idea of gender equality.

One one side, there are women who truly expect men to be chivalrous toward them on a regular basis. Some people today might call them spoiled or entitled, which has sparked some debate in recent years. Some of these women could also just be a product of the same traditional values that gave us the true gentleman, growing up idealizing the concept that they are ladies and men ought to treat them well and to go out of their way for them because they are women. These old fashioned women might become upset if a man doesn’t take advantage of an opportunity to hold the door open for her, for example. Some might not always thank the man for his kindness since it is believed that men should pay this kind of attention to them regardless.

On the opposite end of the spectrum, there are women that do not exactly welcome chivalry from men. They believe that chivalry is in fact outdated and they prefer it that way. This view might come from a negative past experience they had when a man acted in a way that made them feel like they are obligated to reward him back for his generosity. Some women could also be confident and prideful in the ability to do things on their own, even if they struggle. This ideal might come from the notion that women can do anything that a man can do without the help of a man, and a man that comes along that challenges that idea may be seen as offensive or condensing. At times these acts of chivalry are even assumed that men just want in their pants.

With this information I ask the question: Where is the middle ground between the sexes on the spectrum of chivalry? With all of these opinions on the topic, there’s one that doesn’t seem to be discussed nearly as much, which is the neutral stance.

When it comes to chivalry, it doesn’t necessarily have to be a man versus woman issue. Why can’t a rule be that whoever approaches the door first should be the one to open it for others? There are some men that would be pleasantly surprised if a woman held a door open for him if the opportunity presented itself. We could all do well by being chivalrous toward each other no matter if we are a man or a woman, so let’s banish the spectrum of chivalry all together and end this divide once and for all.

Feminism: It’s Not About Blaming Men, It’s About Equality