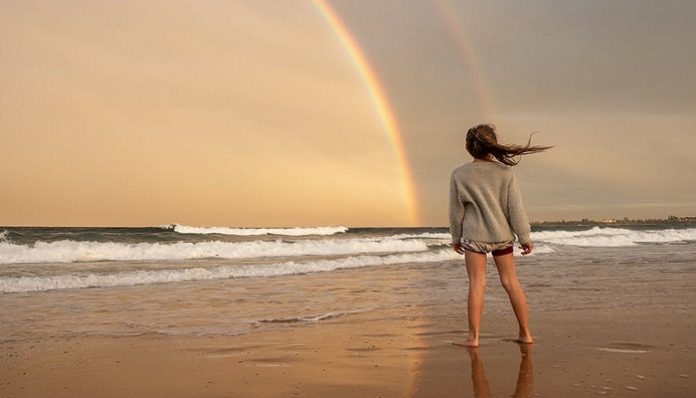 The night of August 22nd, my mom, sister, and I packed my life in a U-Haul van. Inside was my bed, new dresser, and endless bags of random sh*t. We were expected to leave at midnight and make it to our destination by 8am the next morning, but we hit the road after dinner instead because naps are for squids.

I gripped the truck with both hands the entire ride (surprisingly, big trucks don’t come with instruction manuals) and I was leaving the city that I had called my home for the past 22 years to start a new life in the nation’s capital.

Did I mention that I am unemployed? Lol.

Boston had my name written all over it. I left job opportunities, friends, family, flings, you name it. Not that I would have been miserable moving to Southie or Somerville, I was just ready to leave that life behind. I didn’t come to DC with a plan, all I knew was that I had a roof over my head and a few month’s rent in my savings account.

Some called me crazy to pack up my life and move away without a job, and others called me brave. Although I appreciated the compliment (or lack thereof), I wouldn’t classify myself as either.

I’m just a girl who wanted to move away…so I did.

STEP 1 OF MOVING AWAY UNEMPLOYED: HAVE ENOUGH MONEY SAVED TO AVOID HOMELESSNESS.

Living at home is always the safest plan financially, and to be quite frank I’m not sure how I’m going to pay my loans on top of my rent and living expenses come December. That being said, I worked my ass off this summer and missed out on a lot fun stuff with friends, but I knew I needed to be able to make it down here…at least for a few months. The rest, I’ll figure out as I go.

You don’t need to have 10 grand in your savings, you just need enough to give yourself a cushion until your income becomes steady.

STEP 2 OF MOVING AWAY UNEMPLOYED: HAVE SOME AMMO IN YOUR RESUMÉ BEFORE EVEN GETTING THERE.

Long story short, I spent $250 to make a video resumé with a complete stranger I found on Craigslist (literally).

I sent a few texts back and forth with this CL videographer dude and he seemed normal and offered an affordable rate so we met up in Boston one day and filmed for 6 hours – again, not kidding. Don’t knock CL until you try it. Statistics show that most aren’t Craigslist killers…I think.

If you were too lazy to click on my video link, I encourage you to scroll up and do so. It got over 200 likes on Facebook…it’s the real deal.

I’m trying to go into the PR field which is what inspired the “life story” theme. The business is all about being able to sell your brand and story so I came up with a creative way of showing that. I ran around Boston and got a lot of rejections and eye rolls…but I also met a lot of amazing people and shot some great footage for pretty goddamn cheap.

The videographer’s name is Ben Zackin who has a video business based out of Vermont. As you can see…he’s kind of awesome. He brought my jumbled thoughts to life and created what turned out be an incredible end product. Check out more of Ben’s stuff here, he’s pretty much the sh*t.

Anyways, back to DC.

STEP 3 OF MOVING AWAY UNEMPLOYED: BE GOOD AT INSTAGRAM…I GUESS?

I started the job hunt grind the day after I got here. I searched on Craigslist under the “food/bev/hosp” section for a waitressing or bartending gig to make quick cash to supplement my income for the time being. I immediately got an email back from a tequila bar downtown…and the same day I was employed.

The day I was hired as a waitress I Instagrammed this photo:

I didn’t think much of it. I just wanted the world to know that I wasn’t about to enter into a downward financial spiral and burn up in flames after paying my September rent (just kidding, I just wanted an excuse to Insta).

Well, apparently the owner of the restaurant LOVED the photo and the amount of likes it got – the power of social media, bro. The first time I met him in person he immediately complimented my picture and then asked what my story was.

Well, uh, I moved here from Boston without a job and here I am. He asked what field I was going into and I told him I was applying to jobs in PR. As it turns out, his fiancé is pretty big in PR down here…life, man. He then told me to shoot over my resumé (awesome! connections!! networking!!!) and he’d help me out. Before I had even had the chance to, I received this email from him the very next morning:

Not only was he offering to help with my job search…he extended an invite to “chat more” about a full time position within their company. I replied instantly with my resumé and the video I had created with Ben.

The next day, I walked into work and started getting compliments on my video and the Instagram picture (perks of being a ~*filter expert*~). He had been sending my video around to the management team and they were loving it.

I refreshed my email after my shift and got offered an official interview for the marketing and events associate position he had mentioned in the email. I couldn’t decide if I was excited or just extremely confused about how quick and easy things had started falling into place.

In less than 2 weeks of being in DC: I applied to a restaurant I found on CL, posted an Instagram picture, sent my resumé to the owner, and now I was getting offered an interview for a really awesome job working with really cool people…with benefits (and free margaritas hopefully?). None of this was planned to happen this way, it just did.

STEP 4 OF MOVING AWAY UNEMPLOYED: IF YOU DON’T “KNOW” ANYONE, MAKE YOURSELF KNOWN.

They say life after post-grad is all about “who you know.” You’re expected to network throughout college, build your resumé, and make connections to make the job search easier.

That being said, I’ve known my boss for less than 2 weeks and he has already panned out to be a stronger connection than most people I have come into contact with throughout my job search. My mom “knows” people, my previous bosses “know” people, but I’ve found that it’s way more rewarding making your own connections without anyone else’s help.

OPPORTUNITY IS ALWAYS OUT THERE, YOU JUST HAVE TO FIND IT.

I know what employers look for in a PR candidate, so even if I don’t have all the experience or impressive bullet points on my resumé, there are other avenues to take. For example, social media.

You can classify my Instagram as “basic” but I don’t just take photos for the likes. My Insta feed is an addition to my personal brand and it’s certainly something I include on my resumé (hiding social media pages is so 2011). Social media rules the world, especially in PR and marketing.

STEP 5 OF MOVING AWAY UNEMPLOYED: WORK THE SYSTEM, DON’T LET IT WORK YOU.

What else do I use to enhance this said “personal brand?”

Hi, I’m Beth. I moved here from Boston unemployed because I wanted to take a chance in a new city. There are ways to phrase that and sound like an irresponsible and ignorant millennial. However, there’s also a way to make it sound like you’re a motivated go-getter who has enough confidence to take that chance…and that’s exactly what I’ve been doing.

Like, I have literally been using my unemployment and unsteady income as a marketing technique…funny how that works out, huh?

STEP 6 OF MOVING AWAY UNEMPLOYED: THROW YOUR EXCUSES OUT THE WINDOW.

I’m writing this as a post-grad who is still unemployed, but I wouldn’t have picked up my life if I didn’t think I could make it. The way I see it, sometimes having no plan is actually better than having one. I’ve been able to create my life the way I want it to so far without having to adhere to a 9-5 right away.

Financially, this move has been entirely on my own. My bank account sobbed a little September 1st but the first cut is always the deepest, right?

Mentally, it’s scary as hell moving to a new place where you are basically a nobody. I don’t have a solid group of friends yet and I can count on one hand the amount of people I can call up to go out on a Friday night. It’s weird, but definitely not lonely.

I TAKE COMFORT IN THE FACT THAT THE BEST IS CERTAINLY TO COME.

The point of this post wasn’t to brag or say it’s easy moving to a new city. I’ve been here for little less than 2 weeks and I already miss my friends and family despite DC being absolutely incredible so far. It’s weird moving here without a solid foundation and no one really to fall back on besides yourself. Not to mention, it’s also definitely a little bit stressful paying rent and other random expenses on your own.

Maybe luck fell on my side these first couple of weeks, but I’d like to give myself a little more credit than that. I’m not sure if I’m going to get this job offer or not, but regardless, it was an opportunity worth sharing.

I guess I’m writing this to prove that you don’t always have to rely on other people to get where you need to be, it can be done entirely on your own. I could’ve worked the ropes in Boston fairly easily and landed a job out of college if I really wanted to but I knew I didn’t want to stay in Boston.

IT’S NOT HARD TO MAKE IT ONCE YOU GET TO WHERE YOU WANT TO BE, THE HARD PART IS ACTUALLY GETTING THERE.

Maybe it wasn’t the “safest” decision to take a leap of faith into the unknown. However, when you move away, you realize that you need to make it work because you don’t really have any other option but to make it work. You see what I’m sayin’?

Not knowing what my future holds is kind of unsettling at times. However, it’s also kind of awesome. For the first time, I feel like my life is completely in my hands and I can mold it how I see fit. I’ll keep you all updated and I promise I won’t wait 3 weeks this time…

As for the last and final step:

STEP 7 OF MOVING AWAY UNEMPLOYED: DON’T BE AFRAID TO MEET UP WITH GUYS YOU MET ON HINGE, HAPPN, BUMBLE, OR TINDER. *INSERT SMIRKING EMOJI HERE*

Images provided by the author